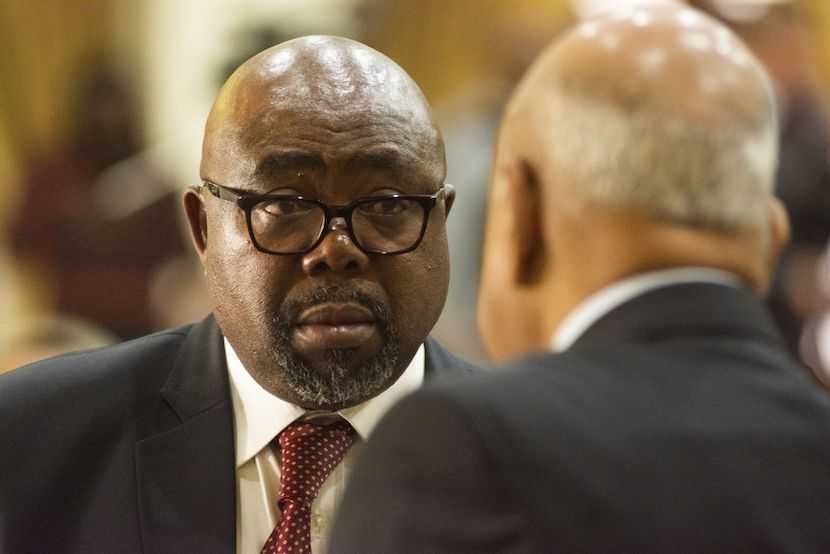 For many, this powerful, factually-backed argument about the corrosive and counter-productive effects of employment equity (EE), begs only one question. Why is it taking so long for somebody to challenge its Constitutional validity? IRR Policy Research Head, Dr Anthea Jeffery suggests exactly that while surveying the economic wasteland it has wrought. Of course, our Labour Minister Thulas Nxesi, has the opposite view, one quite unaffected by the verifiable facts. He wants to add weight to this wrecking ball, so seemingly blinded is he by ideological fervour and/or historical racial wounding. Either that, or he’s cunningly in cahoots with the higher income “creamy layer,” of beneficiaries below which EE or BEE rarely dips. If competence, education and skill were the chief criteria for employment in the public sector, as the Constitutional requires, then why is it so dysfunctional? Dr Jeffery asks why the Gini-coefficient has got worse, 20 years after this so-called ‘corrective” legislation came into effect. The dominant discourse is shaped by the easily-attained moral high-ground of correcting our shameful past. Yet using the past to perpetuate discrimination by the few against the many is disingenuous – and morally corrupt. First published on Daily Friend. – Chris Bateman

Jettison the EE Act; don’t jack it up

Thulas Nxesi, employment and labour minister (and national deputy chair of the South African Communist Party) claims there has been ‘little transformation’ in the workplace since the Employment Equity (EE) Act came into force some 20 years ago.

Mr Nxesi bases this assessment on the 19th annual report of the Commission for Employment Equity, released earlier this week. This puts African representation at the top management level at 76% in the public service and 12% in the private sector, where whites occupy some 70% of these senior posts.

‘We are now going to start to be very hard,’ says the minister. He wants an amendment bill to be fast-tracked by Parliament so that the state can set EE targets for firms in every sector. Firms that fail to meet these targets for ‘no justifiable reason’ will risk ‘prosecution’, he warns.

Non-compliant firms are also to be barred from doing business with the State under a currently dormant provision of the EE Act (Section 53), which is soon to be brought into operation. This, adds Mr Nxesi, will give the state ‘the force it needs’.

Yet the EE Act the minister is intent on ratcheting up is profoundly flawed. It is also inconsistent with various provisions of the Constitution, including its founding value of ‘non-racialism’.

Section 1 of the Constitution expressly identifies non-racialism as a core value of post-apartheid South Africa. It also guarantees ‘the supremacy of the Constitution’ and states that any legislation ‘inconsistent’ with its terms is ‘invalid’.

Relevant too is the equality clause (Section 9), which prohibits unfair discrimination on racial (and other listed) grounds and states that any discrimination on a listed ground ‘is unfair’ unless the contrary is proved. As an exception to these general principles, the clause allows the taking of ‘legislative…measures designed to…advance [those] disadvantaged by unfair discrimination’ and so ‘promote the achievement of equality’.

A third clause (Section 195) calls for a public administration that is ‘broadly representative of the South African people’. However, it also makes it clear that this goal cannot trump other needs. Employment practices in state entities must thus be ‘based on ability, objectivity, and fairness’. They must also ensure the ‘efficient, economic, and effective use of resources’.

The Constitution makes no mention of racial targets, or the racial classifications these inevitably require. Nor does it endorse the EE Act’s goal of demographic representivity – the notion that every racial group should fan out into the workforce in strict accordance with its share of the economically active population (EAP).

This notion is profoundly impractical – and especially so in South Africa’s situation. The EAP is defined as including all people between the ages of 15 and 64 who either work or would like to do so. It thus includes some 10 million people who are unemployed. In addition, roughly half of all Africans are under the age of 25 and lack the experience required for management jobs. Moreover, only 5% of Africans aged 20 or more have university degrees, even though such qualifications are often needed or advisable for senior posts.

The constitutional validity of the EE Act has never been directly tested in the Constitutional Court. However, Mr Nxesi’s determination to enforce rigid racial targets on business signals that the time may have come for such a challenge.

Relevant in this regard is a 2004 ruling of the Constitutional Court in the Van Heerden case. In handing down its judgment (on whether differing pension rules for pre- and post-1994 MPs conflicted with the equality clause) the Court disregarded the plain wording of Section 9(5). This says that discrimination on race and other listed grounds ‘is unfair unless it is established that the discrimination is fair’.

Instead of heeding this provision, the Court ruled that affirmative action measures cannot be presumed to be unfair, because they are ‘authorised remedial measures’. Hence, the only tests to be applied in considering their validity are (1) whether they target the disadvantaged, (2) whether they are designed to advance them, and (3) whether they promote the achievement of equality.

The Court has never tried to apply these tests to the practical outcomes of race-based rules. Were it to do so, the EE Act would fail on all three grounds.

First, most EE beneficiaries come from the most advantaged group within the black population: the roughly 15% with the best skills and (often) the best political connections. Like other affirmative action interventions all around the world, the EE Act helps only a relatively small elite within the previously disadvantaged group: what India calls ‘the creamy layer’.

Second, the EE Act has demonstrably failed to ‘advance’ the disadvantaged black majority. Instead, a rigid insistence on EE in the public service – marked, for example, by 76% African representation at the top management level despite the limited pool of people with the necessary skills and experience – has undermined efficiency in almost every sphere.

Examples are legion: 80% of public schools are dysfunctional; 85% of public clinics and hospitals cannot comply with basic norms and standards; 87% of RDP houses are badly built ‘high-risk’ structures; billions of litres of untreated sewage are discharged into rivers every day from failing municipal wastewater treatment plants; essential infrastructure cannot be expanded because the State (in the words of former finance minister Trevor Manuel) lacks ‘the capacity to get projects off the ground’; and vital financial controls are persistently disregarded because ‘inadequately skilled people’ have been appointed to ‘crucial positions’.

Public service inefficiency has also become a key barrier to investment. According to the World Economic Forum, such ineffectiveness has long been identified as one of the most important obstacles to doing business in South Africa. Reduced investment has predictably restricted growth and worsened unemployment and poverty.

On the third test, moreover, the EE Act has done little to ‘promote the achievement of equality’. On the contrary, income inequality (as measured on the Gini coefficient) has increased since 1994. This is largely because EE (and BEE) have widened inequality within the black majority by helping a small group to forge ahead, even as 10 million jobless people remain mired in destitution.

The EE Act is not only unconstitutional but also damaging to most South Africans. Instead of tightening it up, Mr Nxesi should be intent on its repeal. Skills, growth, and jobs are the keys to upward mobility and must be fostered, not further undermined.

Additional non-racial and effective ways to help the poor can readily be devised, as the IRR’s proposed strategy of ‘Economic Empowerment for the Disadvantaged’, or EED, has shown. The first essential, however, is to jettison the invalid and ineffective EE Act – not jack it up in the ways the minister proposes.