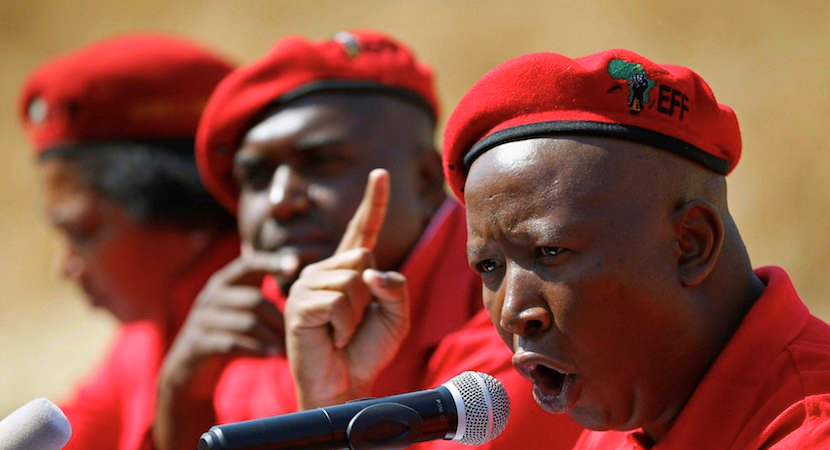 The South African Human Rights Commission (“the Commission”) has received various complaints relating to statements made by the President of the Economic Freedom Fighters (“EFF”), Mr Julius Malema MP, as well as posters/banners displayed by the EFF at the meeting of the EFF’s Provincial People’s Assembly in the Western Cape on 16 October 2022.

According to the complaints received by the Commission, and corroborated by video recordings of the event, the following statements were made by Mr Malema during the event:

Furthermore, the Commission has noted posters/banners brandished at the event by EFF members, and printed with EFF insignia, contained the following messages:

The Commission is of the view that certain parts of Mr Malema’s speech and some of the posters/banners displayed at the event as set out above prima facie, individually and collectively, constitute incitement of violence, hate speech and possibly other transgressions of the Promotion of Equality and Prevention of Unfair Discrimination Act, 4 of 2000 (“the PEPUDA”).

Accordingly, the Commission has today, 8 November 2022, given Mr Malema and the EFF written notice that if they do not, within ten days hereof, appropriately retract and apologise for the prima facie unlawful statements in question and give appropriate undertakings to desist from further promotion of hatred and violence on any ground, the Commission will proceed to the Equality Court for appropriate interim interdictory relief.