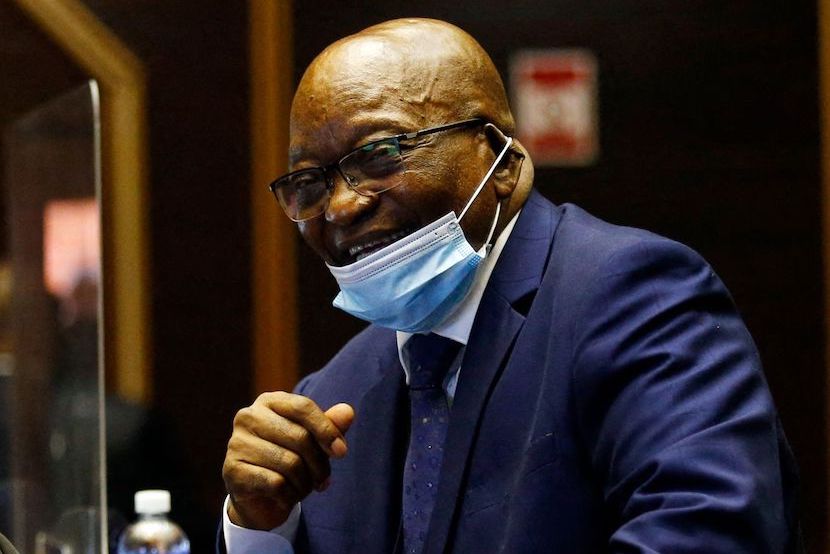 The Supreme Court of Appeal (SCA) has upheld a decision of the High Court in Pretoria that the release of Jacob Zuma on medical parole by former Correctional Services commissioner Arthur Fraser was illegal, invalid and unconstitutional. The former head of state was jailed for contempt for 15 months for refusing to testify before the Zondo Commission. But he was released on medical parole after just two months. The Medical Parole Advisory Board did not find Zuma was permanently incapacitated nor was he suffering from a terminal illness, one of which must be present for placement on medical parole. Fraser, instead, overruled the panel of medical experts and approved Zuma’s release. The Helen Suzman Foundation (HSF) was a respondent in the appeal filed by Fraser and Zuma with the SCA. HSF director Nicole Fritz explained to BizNews correspondent Michael Appel the significance of the judgment, as well as what this spells for Zuma. – Michael Appel

It’s an important moment in our constitutional democracy. It says the court is adamant here as to what equality before the law means. It will not bow or bend before the powerful or the spectre of threat. It requires observance and compliance from us all. And there is to be no special treatment, no special favours granted. So it says, to the extent that Mr Fraser granted former President Jacob Zuma medical parole, in the face of the medical parole advisory board’s recommendation that he not be granted parole, was unlawful and and unconstitutional.

On whether or not Zuma has to return to prison

I think that there is uncertainty and complexity around this and that is not of the court’s making. For one, I think we’re going to have to anticipate that there will be applications made to appeal the judgment. But even if the order were to be effected now, what is clear is that the court says he is to return to Estcourt Correction Centre. How long his stay will be is unclear. The court says it’s not for us to to say whether the length of time that he has already served on the unlawfully granted medical parole should count towards the remainder of his sentence. For the SCA as the court to make that determination would be a violation of the doctrine of separation of powers. But it says that the commissioner, if he is lawfully empowered to do so, should take into account the time already served on the unlawfully granted medical parole in terms of the calculation of the remainder of the sentence. So I’m afraid that’s not very clear or unequivocal, but I think that that’s how we have to understand this judgment and that actually, it is for the Department of Correctional Services and the commissioner, specifically, to resolve the uncertainty.

On the likelihood of Zuma appealing the SCA judgment

Mr Zuma’s camp have never taken seriously the constitutional obligations that weigh upon them. I think that was the case even when Mr Zuma served as head of state. And I think that we know that there is an attempt to to weaken, to actively attack, the legitimacy of our legal system and the court process. None of that is surprising. But, I think it’s important for the South African public to understand the importance of this judgment. Whilst I think the court would shirk away from any sort of mention of [its own] bravery, they would say they’re simply doing their job and they are, but it is a very strong judgment. I know that there is uncertainty as to the length of time that Mr Zuma might serve in terms of any remaining sentence. But it is a very strong rebuttal of Mr Fraser’s actions, saying that he behaved unlawfully and unconstitutionally in granting Mr Zuma parole. And it is a very strong underlining of this concept of equality before the law and what that means, and that there will be no bowing to the powerful and to the prospect of threat. Because in the background, there is always this sort of implicit threat that the July unrest of last year will somehow be employed to intimidate and to bully. And the court has said that that is not our concern here. We are to uphold the law. And this is what upholding the law looks like.