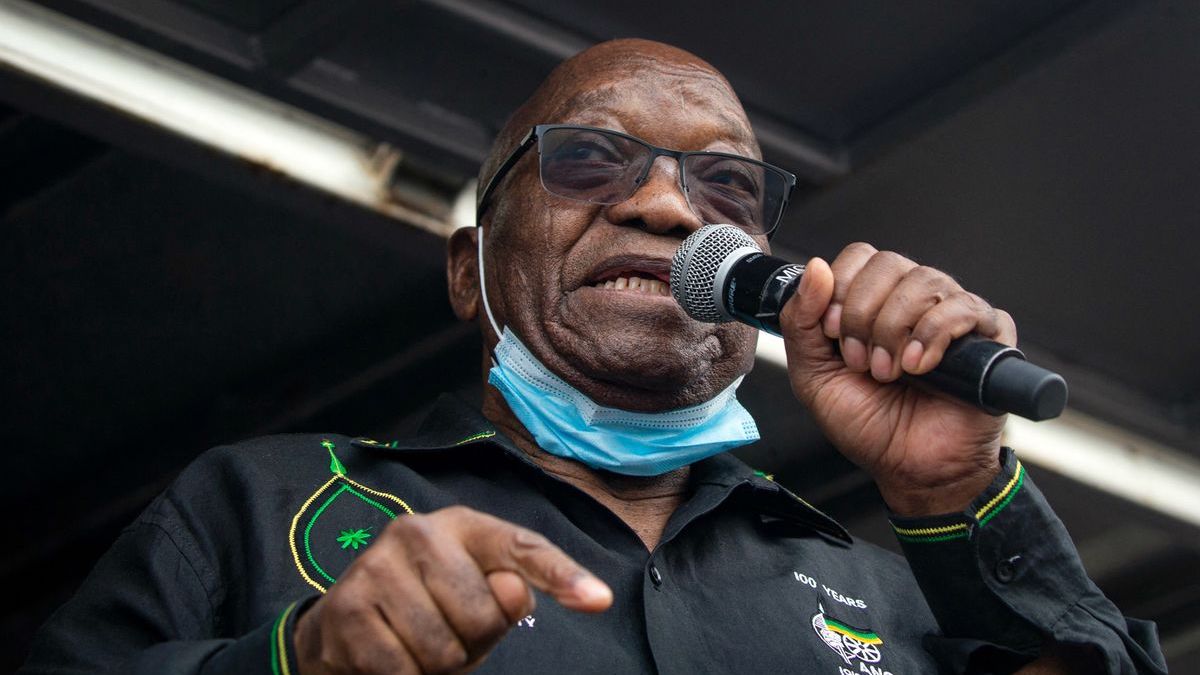 Former spook chief shifted sideways to Acting Commissioner of Correctional Services, lately best known as Cyril’s Achilles Heel, the machiavellian Arthur Fraser acted way beyond his remit in springing Jacob Zuma from jail for contempt of court. That’s what the High Court ruled, now the subject of an appeal to the Supreme Court. Yes, the law allows for an acting or full Commissioner of Correctional Services, or the relevant minister, to over-ride the Medical Parole Board recommendation (which was to turn down Zuma’s parole application) – but Zuma didn’t fall within Fraser’s jurisdiction, says the Institute of Race Relations, which has applied for admission as a Friend of the Court. They want to restore the Concourt’s authority in sending Zuma to jail after it found him in contempt for refusing its order to testify before the Zondo Commission. Impeccable BizNews sources close to the expert 10-person Medical Parole Board say it (unusually) took them two full days to reach their recommendation. They were stunned when Fraser overruled them. The IRR says Zuma was never legally an ‘accused person,’ hence falling outside of the Acting Correctional Services Commissioner’s remit. If you want to walk, you must talk – or face the music, they assert. Story courtesy of the Daily Friend. – Chris Bateman

The legal team representing the Institute of Race Relations (IRR) has applied to serve as a friend of the court, or amicus curiae, to the Supreme Court of Appeal (SCA) in the Zuma medical parole case, to vindicate the administration of justice.

Former President Jacob Zuma was notoriously granted medical parole in September last year on the order of Arthur Fraser, the former National Commissioner of Correctional Services. This order was deemed ‘unlawful’ by Judge Keoagile Matojane of the North Gauteng High Court, a ruling that is now being taken on appeal to the SCA, where the IRR aims to assist.

In a statement, the IRR says: ‘Who should have the final say on Zuma’s parole, the Medical Parole Board or the Commissioner of Correctional Services? This is how the case has been understood, but the IRR’s representatives will argue that this question mistakenly assumed that Zuma fell within the Correctional Service’s parole jurisdiction in the first place.

‘On the facts available, Zuma was not a “sentenced offender” in terms of the Correctional Services Act and so fell outside of the Department of Correctional service’s parole jurisdiction. Zuma did not face an ordinary trial in an ordinary criminal court and was never an “accused person” in terms of Section 35(3) of the Constitution. Instead, he was tried for contempt of court for disobeying an order from the Constitutional Court to give evidence.’

The IRR points out that in 1998 the Constitutional Court ‘dealt clearly with people who refuse to give evidence and are then put behind bars, in the case of De Lange vs Smuts NO and Others’.

‘The IRR will bring this pertinent precedent to the SCA’s attention, among other points, to show that Zuma ought to be behind bars under the direction of the court. If Zuma seeks to give his evidence by an alternative channel it will be for the court to decide if that is sufficient to let him out, and if he advances a medical excuse, it must be for the court to decide that as well.

Said IRR Head of Campaigns Gabriel Crouse: ‘Zuma disobeyed the ConCourt and was being punished until Fraser interfered. The court’s authority must be restored. Once Zuma is back in jail he might be able to take a very short walk to freedom: Step 1, testify; step 2, freedom.’