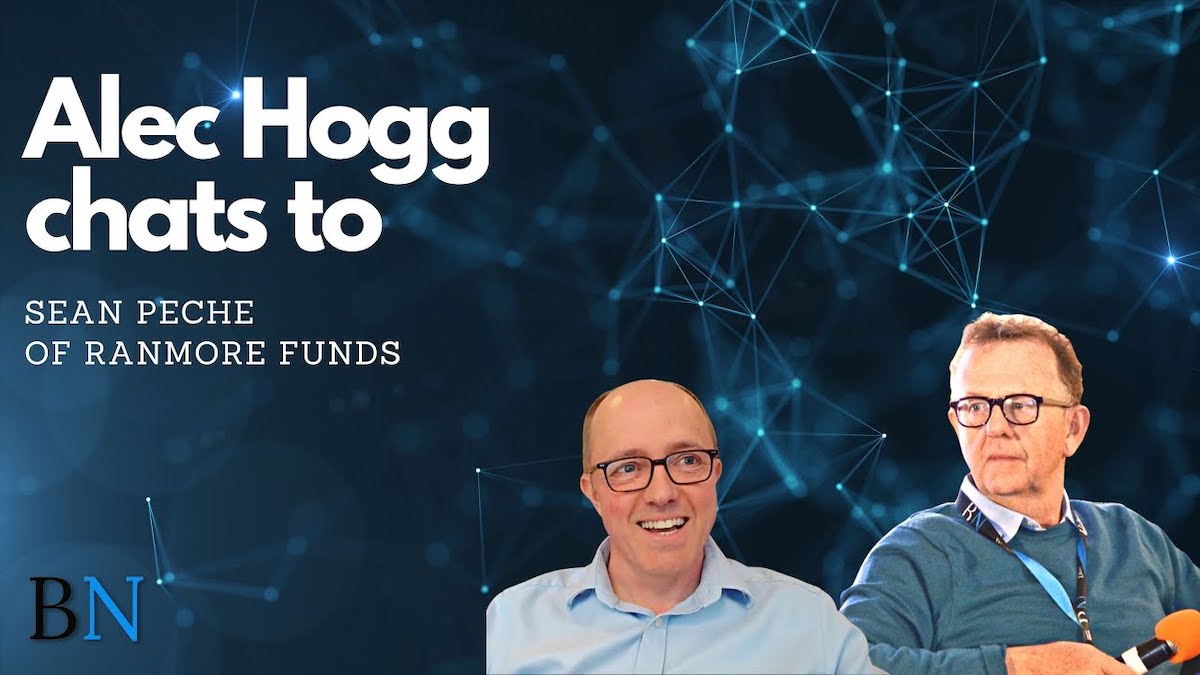 It’s back to a focus on investments in our regular interview with top performing global fund manager, London-based value investor Sean Peche of Ranmore. The obvious question is whether the chaos currently rocking UK financial markets – and Europe’s – presents an opportunity for investors. Peche draws on two of his industry’s greatest minds – Warren Buffett and Howard Marks – to explain why it’s now opportune to swim against the tide, to think beyond the obvious and get greedy at a time when everyone appears to be fearful. He spoke to Alec Hogg of BizNews.

Excerpts from the full audio discussion with Sean Peche

On the situation in the UK at present

I mean, you know what? I thought Bill Johnson put it perfectly in his excellent article that I read last week that you shared, which said that by the time you get to this point with the cabinet reshuffles and all the rest, you are down to the third or the fourth eleven. And he’s quite right. It’s this kind of upheaval and uncertainty that markets don’t like. I think the disappointing thing for us here is that ten days ago, whenever it was, when we had that mini budget, the cabinet was not consulted. It was a decision taken by the Chancellor and the Prime Minister. These underfunded tax cuts had not even been consulted with the Cabinet. So it really is quite concerning. And so you could see the market shock. They soldiered on saying, no, this is it, this is the way it’s going to be and the end of the U-turn. And so we’ve seen some sharp moves. And of course, what that did is increase interest rates. You had a pension fund crisis, this LDI that they talk about here, where all of a sudden the value of these inflation linked bonds collapsed. So pension funds needed to post collateral. But of course, nobody else wants these types of instruments. And the Bank of England had to step in. And that’s not what you’d expect from a country like the UK. Their credibility is shot and who knows where it’s going to go.

Howard Marks talks about first level thinking and second level thinking. We all know that these problems are out there in the world. Okay. But you’ve got to take it to the second level. And what is the second level? The second level here in Europe is that natural gas prices aren’t going to stay high forever. I mean, you’ve got every energy company here in Europe, and many of them and every government is trying to solve this problem. We’ve got things like you can’t build an LNG plant, Regasification plant in 2 minutes. But you can convert LNG ships and they take a lot less time. So this gas problem, I mean, Russia, if you think about it, Russia has actually fired the only bullet in the chamber and it’s now done. And you’ve got pipelines. Azerbaijan is expanding their capacity. You’ve got pipelines being built from Spain to the rest of Europe. They are deferring on shutting down nuclear plants. So the gas prices, you know, every fertilizer plant in Europe is basically shut. So you have a demand response and you’ve got increasing supply but you’re not going to have these problems forever. And that throws up amazing opportunities. It really does. And as well, what I think is quite incredible is that you’ve got cheap currencies. I mean, just to give you a perfect example, you know, in New York City, the minimum wage is $13.20. That’s £11. You know that that’s £11.81. In California, it’s $15. In the UK it’s 950. So it’s actually 25% more expensive in the US than it is here. You know, no surprise holidays here in Europe are cheaper. You’ve got a pound which is down 17%, I think, over the last year. Stop starts in the yen are down 4% this month over the last month. And so all these UK companies that are exporting that have US assets and there are many European companies that have US assets. Those assets have gone up in value and Japanese companies look at US assets if that is where the opportunities are.

And yet everybody is underweight in Europe. It’s amazing. So limited. And this is another very important thing. I mean, we’ve seen the pound go from 1 to 5, nearly 1 to 5 last week to the 44 trading days ago to 112 today. So when things get very cheap very quickly, you know, they can change very quickly. And if everybody’s waiting for the world to calm down and then they’ll come back to Europe and the war to be over, you know, those opportunities would have gone. And I think that’s another important point. I think I mean, if you look at what’s going on, right, Putin is losing this war. You’ve got a social uprising in Russia, you know, they capture land and say it’s forever and three days later or whatever it is, Ukraine takes it back. This war is not going to go on forever. Natural gas prices are not going to stay high forever. And here in Europe, we’ve got companies with off and on eight, 9% dividend yields on five times earnings. And these are well known companies that people know the names of. So you don’t have to go too far down the rabbit hole to find some fantastic opportunities. But you’ve got to stop thinking about the first level, about Europe’s, about CapEx, and the war and all the rest. You’ve got to take it to the second level.

On warnings against tech stocks like Apple and Meta

I think kicking out Apple and Meta are good moves – we certainly don’t own theirs. I was looking at Apple over the weekend and here’s an interesting stat. In 2016, Apple had 150 billion of net cash again, but its market cap was only 600 billion. So that 25% of its market cap is in cash, net cash currently it has 80 billion of net cash, but its market cap is 2.2 trillion. So, you know, the level of safety that one has from these cash piles is no longer there. And if the world falls on hard times, they’re going to be buying their underpants and socks from ABF well before they’re going to be buying iPhones for thousands of pounds. And what’s interesting is somebody said to me the other day that Apple has launched the iPhone 11 for the third time. And I thought that was quite an interesting point. You know, it’s becoming harder and harder to really do something different. So that’s on Apple and Meta. The world is changing, they’re being locked out of IOS and who knows what they’re going to earn. People told me that they’re cheap but they’re only cheap if they make those earnings. I don’t think they’re going to make those earnings. And I think the big problem for all those tech companies is that the currency is a disaster for them. It really is. Most of those companies have more than 50% of their revenue offshore, but their costs are in dollars. And when you start to get moves with these currencies down to Europe, you know, 17% in sterling and 20% in Japan year over year. And Europe, you know, if you’ve got 50% offshore and you’re talking about those types of numbers, you’ve got to really increase sales in those local currencies to offset. The problem is if you’re losing on the revenue and at the same time you are facing inflation, you are facing inflation on the cost side, your margins get squeezed. And we saw that with Nike on Friday. So Nike’s revenue was down 6% because of currencies. That’s what they said and operating income was down 20 and this company is on 26 times earnings. And I think that that week we’ve got earnings season coming in maybe a month’s time or so or later on this month. That’s when it’s going to stop. You’re going to see more of that. And all of a sudden, I think these investors, where everybody is invested that we are not, but where the vast majority of the world’s money is sitting in large US companies. I mean Apple, 7% of the S&P 500. And when people start to work out just how bad these currencies are and just how hard it is to grow revenue in this current environment, and you’ve got these companies on, you know, high digit, high 20 multiples or mid-twenty multiples in a high inflation environment, that’s not good value.

On why the value strategy makes so much sense

I think the value strategy makes so much sense, especially now. And what we focus on there’s not a company out there that can’t get hit 10%. I mean, there really isn’t a can. But the question is, can you lose half your money? And if you look at something like Apple, you know, if it halves, it goes back to $1,000,000,000,000 and only got to a trillion for the first time ever in late 2018. And so what we’ve really focused on is making sure that you can preserve the capital, so you can grow your decent businesses like the ABCs. You don’t have to pay crazy prices, you are still exposed to some growth, you have great management, good cash flow and that’s what you’re going to just carry on doing.