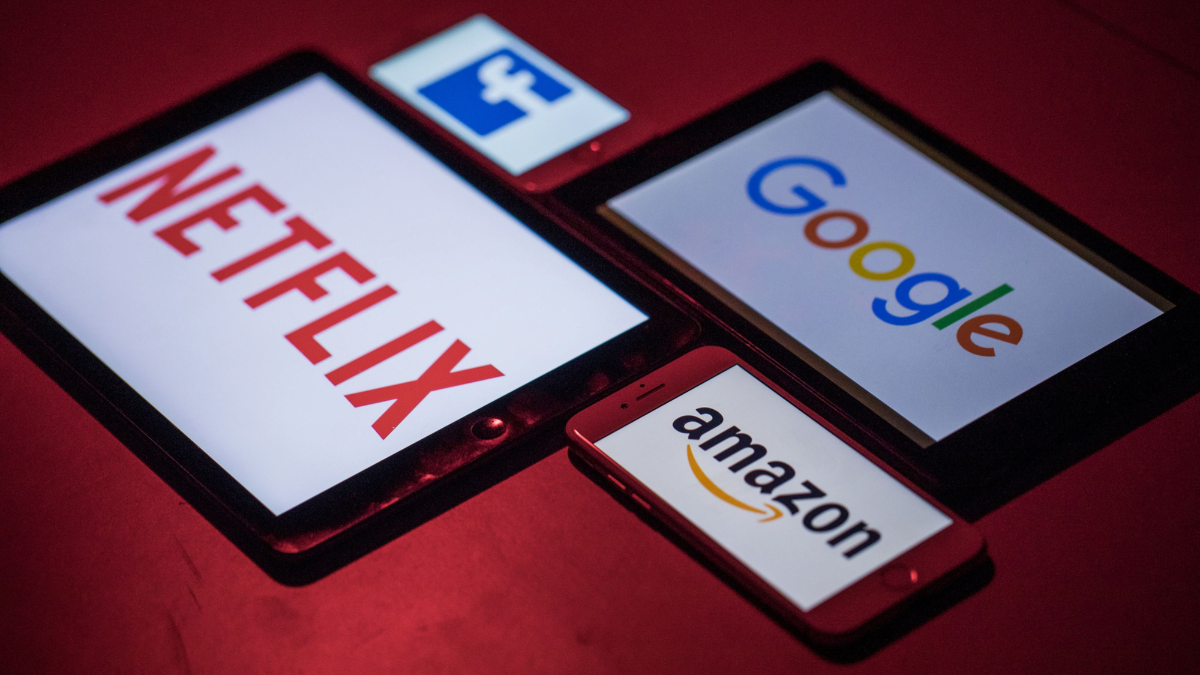 With the Nasdaq down nearly 30% between January and mid-November 2022, investors will agree that tech giants from Apple to Amazon have had a torrid time this year. And not only investors have suffered: tech companies are laying off workers by the tens of thousands as they try to rein in costs.

It’s easy to imagine that this signals a coming tech Armageddon. But you’d be wrong …

The mass layoffs of US tech workers, 34,000 of them in November this year, is a staggering number but in the bigger scheme is far less worrying. Goldman Sachs estimates that the tech sector makes up only around 2% of the entire US labour force.

This is partly because tech companies are more efficient, not needing as many workers as, say, a steel mill.

So, shocking as the layoffs are to the tech sector, this doesn’t signal the imminent collapse of the US economy. Although the downsizing should bode well for future profits, which is what investors are most interested in.

Tech is too embedded to ignore

Something I find interesting is that nearly 24% of the S&P 500 stocks fall within the information technology sector. But, once you include the tech giants listed in other sectors, then the tech influence on the S&P 500 is probably closer to a third.

Take the example of Amazon and Tesla that sit in the consumer discretionary sector, while Meta, Google and Netflix are in the communications sector.

These companies, and their technologies, have become so embedded in our daily lives that it’s difficult to imagine our future without them. So, they aren’t going anywhere and the 2022 dip is simply part of the market cycle, not an existential crisis of all things tech.

Price has dislocated from value

This year’s poor performance has driven share prices of many tech stocks to the point that they are now starting to show some value.

According to Tony Bell, award-winning fund manager of the Global IP Opportunity Fund, he hasn’t seen tech valuations this attractive since March 2009. The global financial crisis had driven the S&P500 down about 50% from its previous peaks, with all sectors suffering significant draw downs. However, investors who held despite the sharp fall were rewarded handsomely thereafter.

Amazon, for example, dropped 60% in 2008 and despite falling 47% this year, is up 2500% since the 2008 crisis. This shows that there will always be similar opportunities for investors willing to play the long game.

At the end of 2021, Bell shifted asset allocation in the Global IP Opportunity Fund to a higher position in cash at around 25%. He also shifted from growth stocks (tech stocks) into more cyclical and defensive ones.

This was done out of concerns about the expected interest rate hikes of 2022. He notes that while this was the right decision at the time, he has moved back into these longer duration assets since July 2022 because some company valuations have been unfairly knocked down.

The cash position he moved into late last year has been used to buy into tech shares whose prices have dislocated from their fundamentals. These fundamentals haven’t changed, he says, for the likes of Adobe, Netflix and Nvidia.

The prospects for growth stocks therefore seem very promising for 2023, even if only for coming off the lows of 2022. Which is not to say that it’s time to swop out all your defensive positions to go overweight growth stocks. But it would be foolish to ignore the long-term potential that tech stocks have, especially those already so deeply part of our daily routines.