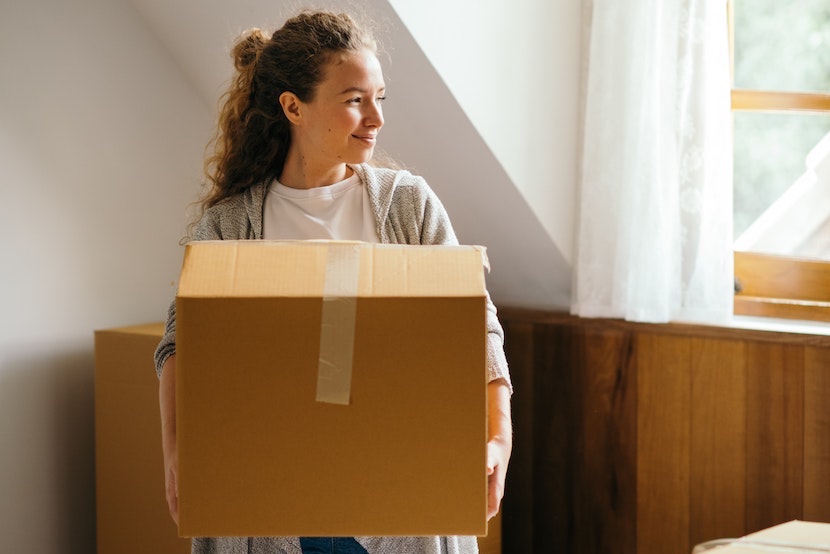 As South Africa entered into lockdown, the property market was bound to face its worst-ever conditions. All deeds offices countrywide were closed during the stringent level 5, with financial journalist David Williams picking up on concerns that opening these offices was a “priority in unlocking the activity in the entire property sector”. The DA’s David Maynier recently asked Minister Thoko Didiza to intervene in the repeated closure of the Cape Town Deeds Office, citing the “considerable negative impact” this was having on the property and real estate industry in the Western Cape. Data from Lightstone shows that sales volumes are down – but there are some shifts in the market that remain persistent, for example women have become a force in the property market. More South African women have been buying homes than men, a trend that has held true for the six years between 2015 and 2020. Most homes have been purchased in Gauteng and the Western Cape, where most sales have been recorded in affordable areas and new developments. – Lindiwe Molekoa

According to Hayley Ivins-Downes this trend has held true for the six years between 2015 and 2020, “and that is despite the dramatic falloff in sales this year caused by impact of Covid-19 and the lengthy lockdown resulting in various restrictions across industries,” says Ivins-Downes. In particular, the real estate industry was not able to operate, and the Deeds Office was closed for months. 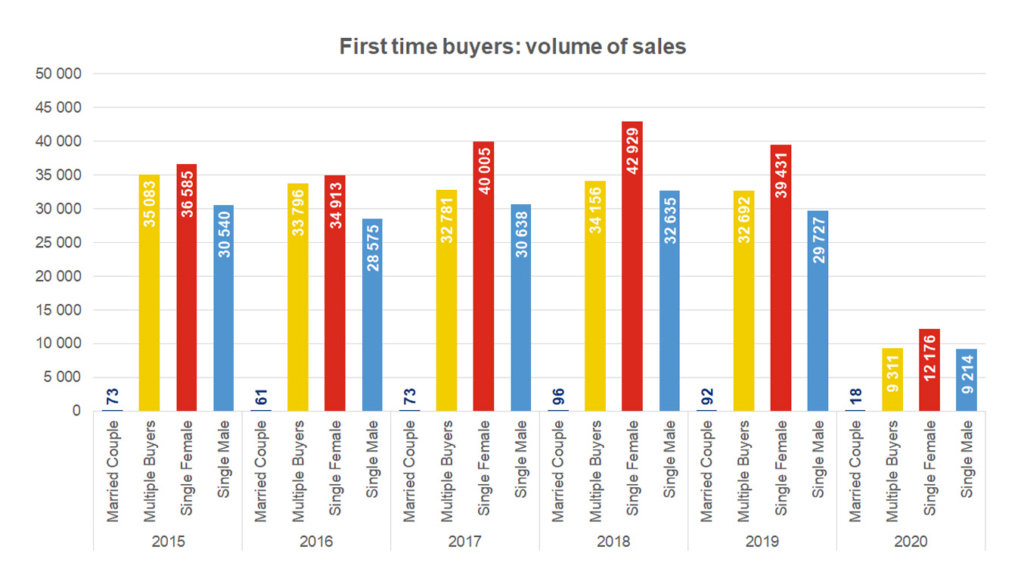 But while single women purchase more property than any other category of purchaser, women typically lag both multiple buyers and single men when it comes to the average house prices (see graph below). 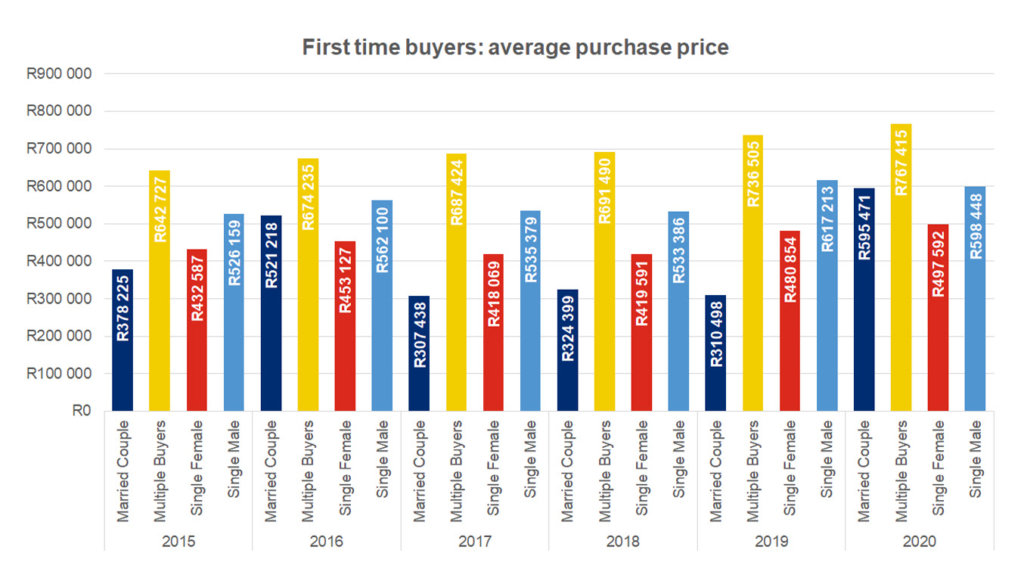 The data further reveals that the average price women are paying for property is just short of R500,000, as opposed to the married couple and single male categories where the average price is just less than R600,000; multiple buyers have spent an average of nearly R770,000 this year. The lower purchasing prices for woman could reflect the lower earning capacities of woman still prevalent today, and could also be indicative of the number of single mothers.

Although women begin buying homes before 20 years of age, there is a nearly 400% jump from the 21-25 age group to the 26-30 age group, with sales to women peaking in the 31-35 age bracket. After that, there is a gradual decline in purchasing homes as women get older. This does follow the pattern of bulk property purchasing taking place when earnings rise and when family needs come into play. 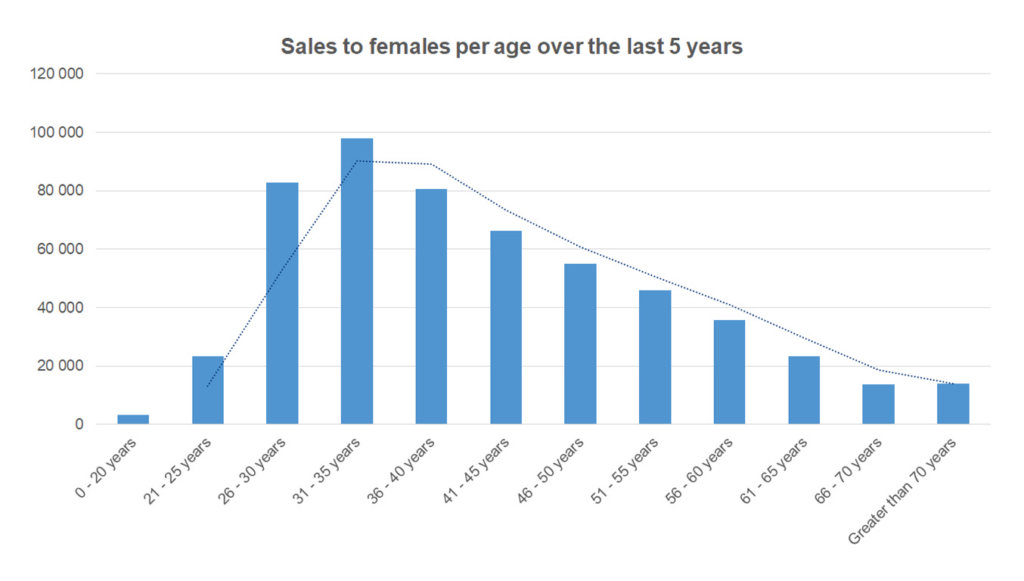 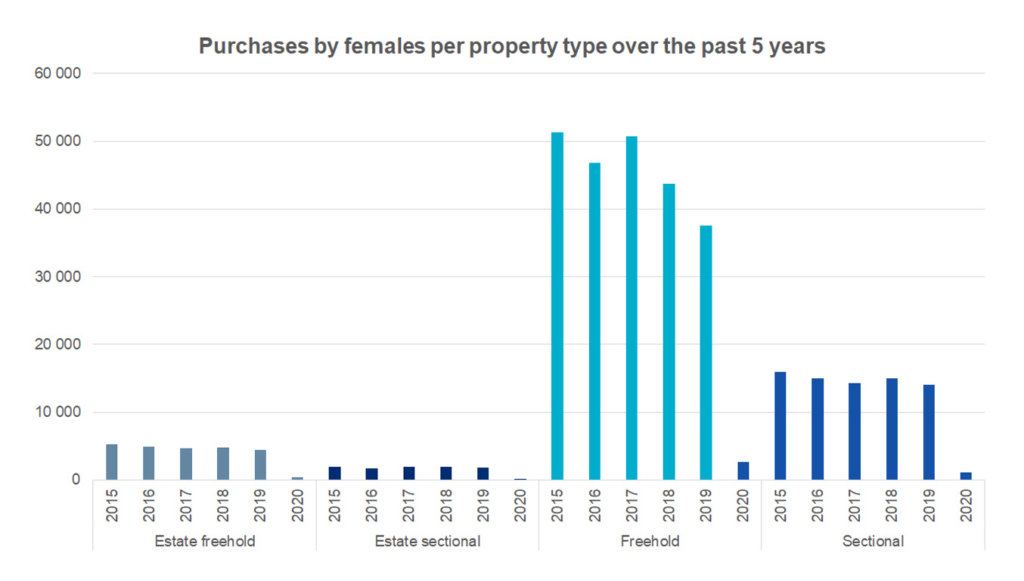 While sales to women in estates and sectional title have remained relatively consistent over the past five years, freehold property is by far the most popular – a trend seen across categories and value bands.

“The data also shows that sales declined between the years of 2017 to 2019 in line with the generally deteriorating economic conditions, before falling off dramatically in 2020 as Covid-19 and the lockdown made themselves felt,” explains Ivins-Downes (see graph below). 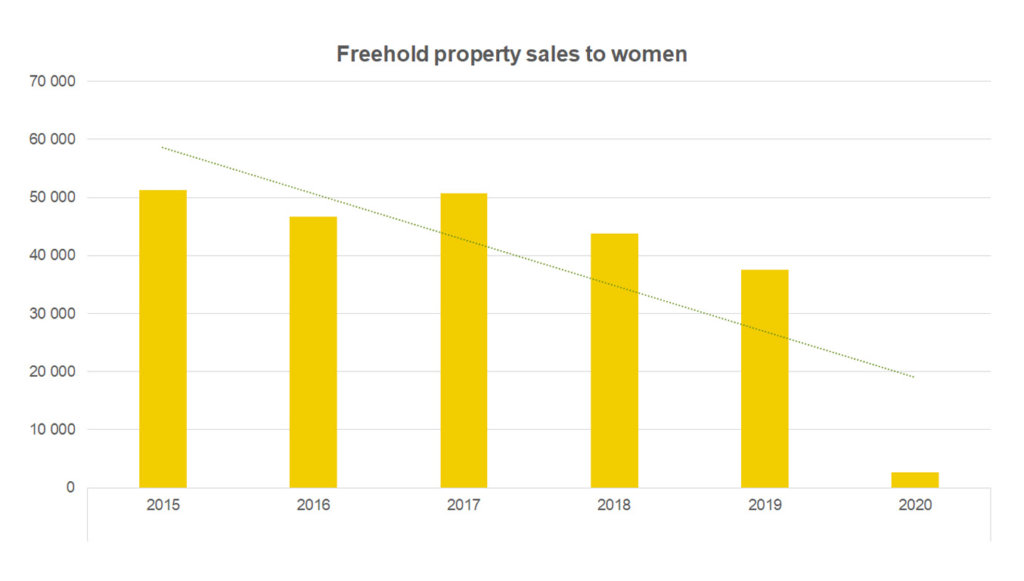 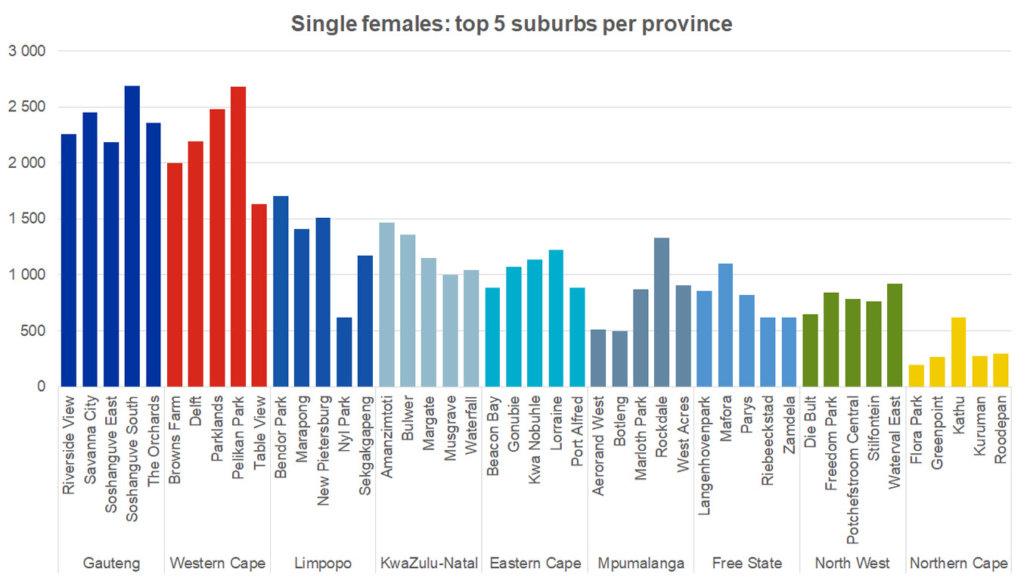 As would be expected, most homes were purchased in Gauteng and Western Cape, where most sales have been recorded in affordable areas and new developments, supporting the view that female home ownership is spreading rapidly in this market segment.

The increasing purchasing power of black women is evident in the graph below, as bonds granted to black women went from just over R15m in 2016 to around R18m in 2019 – the highest that year of any racial category. 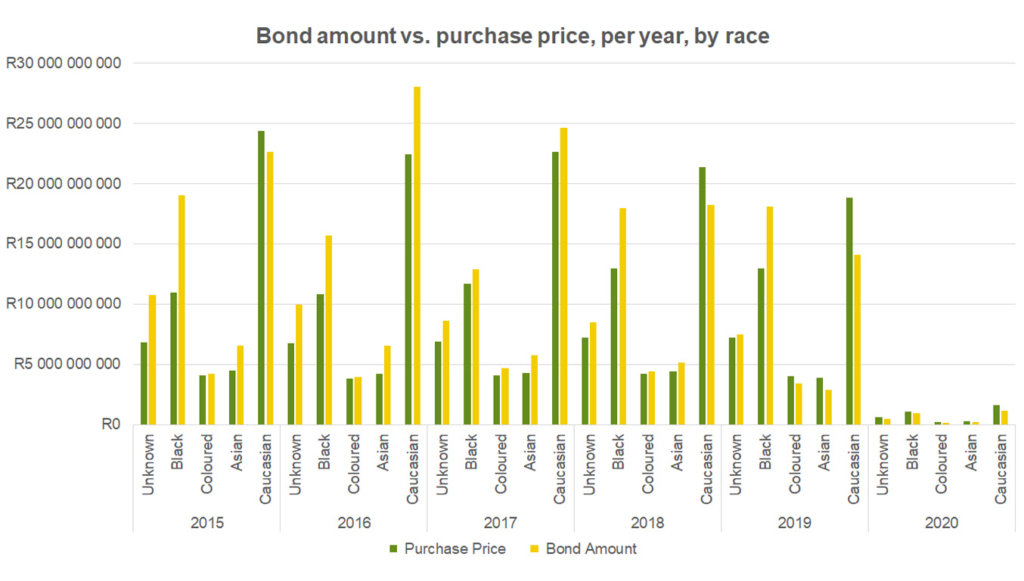 “There are two significant trends which the data reinforces: firstly, that first time homeownership mirrors the changing balance of economic power between men and women, and secondly, that black women in particular are an important market segment”, says Ivins-Downes.