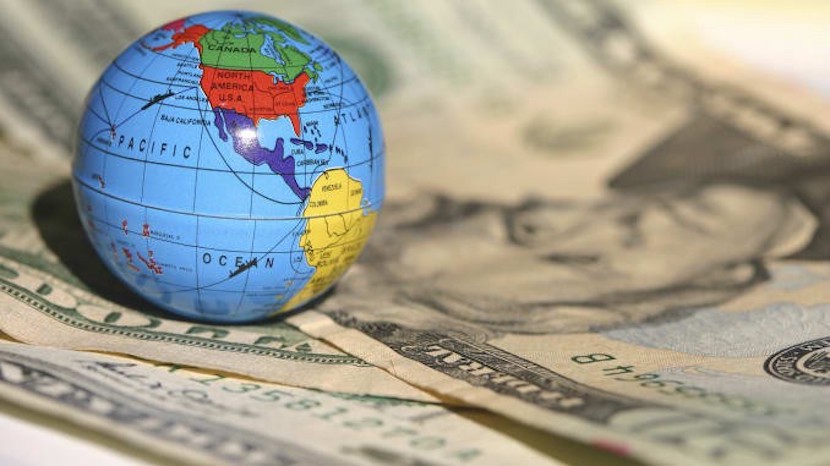 Emigration is a phenomenon that developing countries simply cannot afford, not with a disastrous loss of talent and skills as the ruinous events in Venezuela over the past 20 years demonstrated. An accurate bellwether of the emigration trend is the number of wealthy citizens selling up and packing their bags for other pastures, a reality that is playing itself out in South Africa. It’s an alarming manifestation, as documented in the latest FNB Estate Agents Survey and the New World Wealth Report, reason enough for government to address the causes of this diaspora, says the IRR. This article is published here on BizNews with kind permission of the Daily Friend. – Derek Alberts

The past decade has seen a rapid decline in the number of dollar millionaires living in South Africa.

Not only does this represent a loss in tax terms, as the rich take their investments and money elsewhere, but it points to what could be a worrisome trend; the exodus of elites before complete economic and social collapse in countries which ended up becoming failed states.

Although South Africa remains the biggest wealth market on the African continent, there are signs of the country’s richest individuals getting ready to leave the country in droves.

The report finds that the number of US dollar millionaires in South Africa peaked at 48,600 individuals in 2010.  However, by 2019, that number had fallen to 38 400 – a decline of 10 200 or 27%. There are a number of reasons for this decline, including a decline in the country’s currency and a poorly performing property market.

These are mainly due to political instability as a result of factional battles within the ruling African National Congress, the country’s slide into junk status, the absence of economic reforms in a sluggish economy, and populist policy choices such as expropriation without compensation (EWC) scaring investment away.

These factors have undoubtedly motivated increasing number of South Africa’s rich to pack their bags. New World Wealth expects this trend to continue.

This much is evident in FNB’s annual Estate Agents Survey. The Survey shows the proportion of households selling their property. The main reason why people sold their property was to downscale with ‘life-stage’, followed by downscaling due to financial pressure, and emigration.

The proportion of those selling their property because they were emigrating stood at 17% in the second quarter of this year.

These trends should be a wake-up call for South Africa.

In 2000, a large chunk of Venezuela’s elite, most of them highly skilled and educated people, began leaving the country when they sensed the growing hostility of an authoritarian government.

As Venezuela’s Socialist Bolivarian government stepped up attacks on national and international firms, these corporations were prompted to relocate to safer locations in South America. This encouraged many of the country’s skilled professionals to follow suit.  Further intrusions by the government into academic research centres and private universities led to an exodus of the country’s intellectuals. The firing of 20 000 highly qualified oil industry professionals following a strike against the government accelerated the emigration trend among elites and skilled citizens.

According to official US statistics, 135 000 Venezuelans immigrated to America after Hugo Chavez was elected president in 1999. His presidency would mark the start of the so-called ‘war on the upper classes’.

South Africa is showing similar signs of a country nearing the edge of collapse. The government is becoming increasingly intrusive in the private sector, with proposed policies such as the nationalisation of the healthcare sector, and frequent references to prescribed assets and the nationalisation of the Reserve Bank. Should these policies be enacted, the trend of South Africa’s rich and professional elites exiting the country for good will likely increase.

A survey by Solidarity in 2019 showed that around 40% of healthcare professionals would consider leaving the country should the National Health Insurance (NHI) system be implemented.

The exodus of the rich and the skilled should serve as the first warning sign of a country heading towards collapse.

Government should instead heed this warning and put policies in place that will allay the fears of the country’s elites, and allow for more wealth creation to take place.

I am part of the 7% in the article and leaving while the little money we have is still worth something and work the remaining 20 odds years we have left before retirement to set up something for ourselves overseas. The line in the sand has been moved to many times and no more