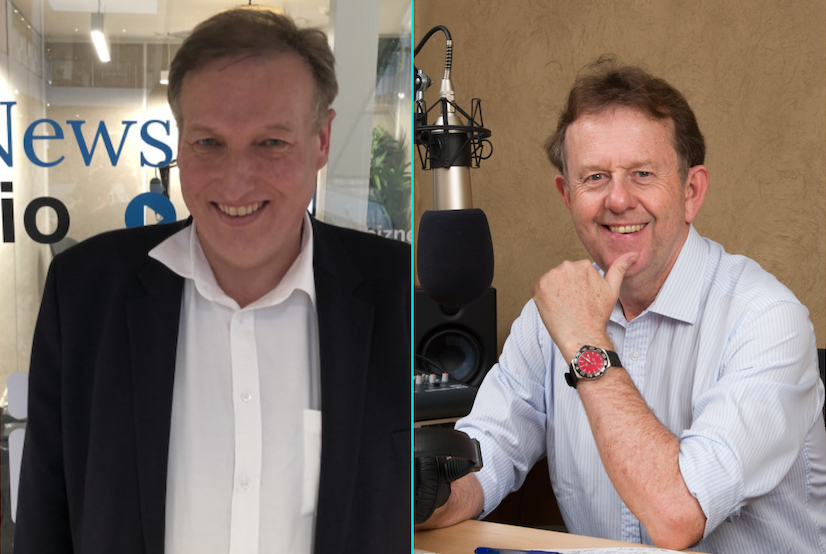 Our guest in this episode is outspoken economist Chris Hart, a former science teacher who did a B Comm because he thought it would help when he was became a headmaster role. Instead, it was the ticket to a bank’s dealing room where he helped traders make a packet when contrarian forecasts that often beat the economic consensus. But the real story about the free spirited, independently minded Chris Hart is in how he was targeted by political interests ahead of South Africa’s fractious 2016 Municipal elections. The gentle giant refused to be bowed by a social media mugging fuelled by London’s unlamented PR shop Bell Pottinger. But his employer blinked. And just three months after being headhunted because of an independent mindset, his corporate career was sacrificed on the altar of political correctness. It’s a fascinating story of a life punctuated with series of testing personal challenges, including the murder of his identical twin brother. Yet he remains in service of his less fortunate fellows. And an inspiration to the rest of us. – Alec Hogg 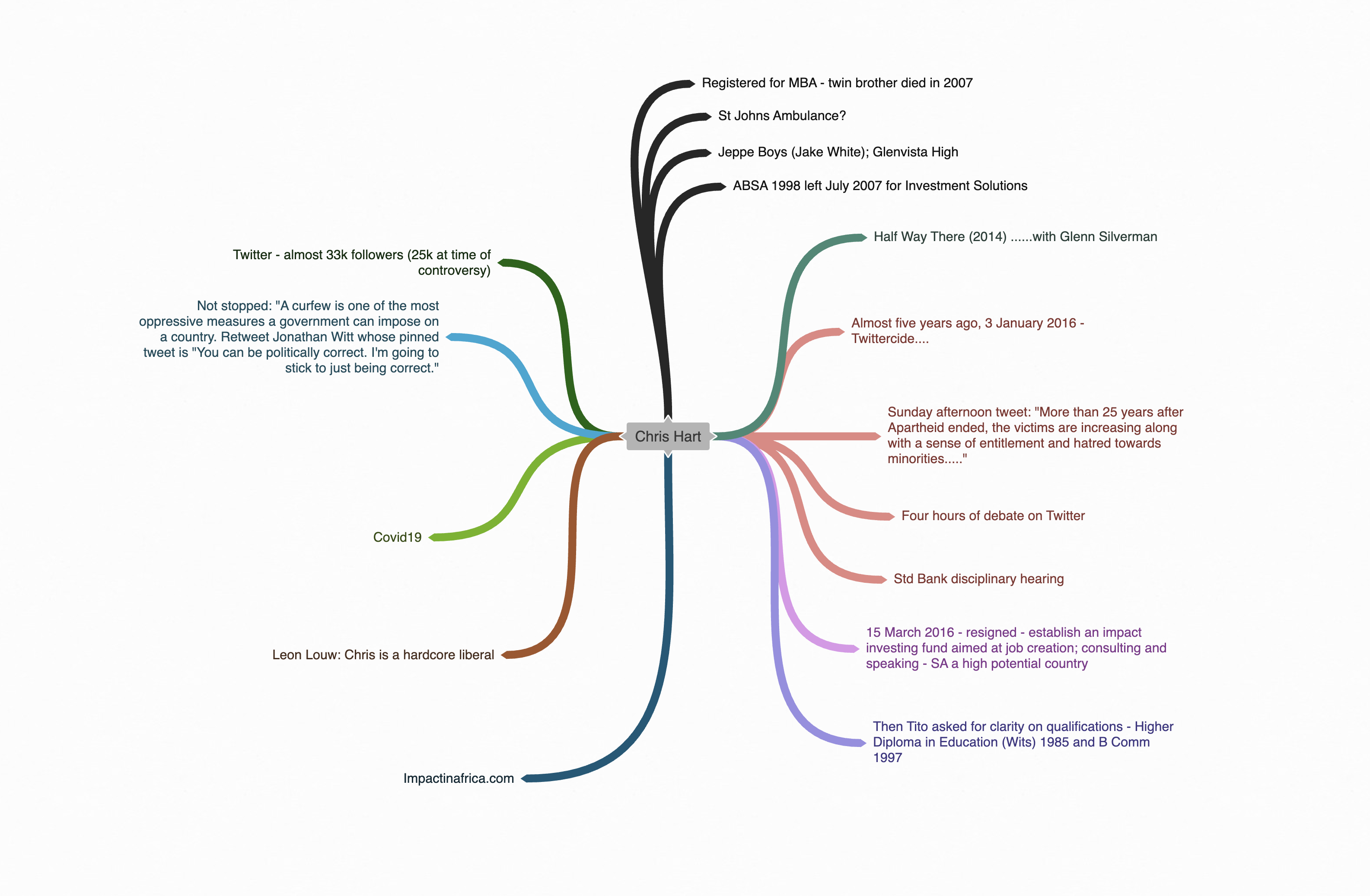 Chris Hart on his education:

Primary School was in Benoni. High school? I went to a school called King Edward High, which is apparently a very good school.

I actually wanted to teach. My father was also a teacher. I grew up on a teacher’s salary. Teaching is one of the most stressful careers you can do.

On the murder of his twin brother:

We did almost everything together. He worked for the receiver of revenue. I can’t help thinking that it may have been a hit, because of the nature of what happened.

I’m rooted here. I really am, despite everything that has happened to me. I’m still very excited to be here. That doesn’t mean I’m not a critic.

I do believe if I was genuinely racist, I would have had more problems. It was really a one-off hit.

I didn’t expect people to agree with me. But I would expect a journalist to check their source and at least give right of reply. That’s the least one would expect, as basic journalist integrity. That’s when you realise it’s just not there.

We specifically look at impacts that we believe are ‘Africa relevant’. In other words, jobs, food security, housing, education and also business ownership. So, we are looking to fund people into their businesses – not out of their businesses. That’s one of the big problems that venture capital has. You come to me with a wonderful idea, we say we love your idea and we’ll fund it – but we’ll take 70% of your business. To me, that defeats the object. Specifically, we are looking at generating business ownership in communities that do not necessarily have business ownership/leadership skills.