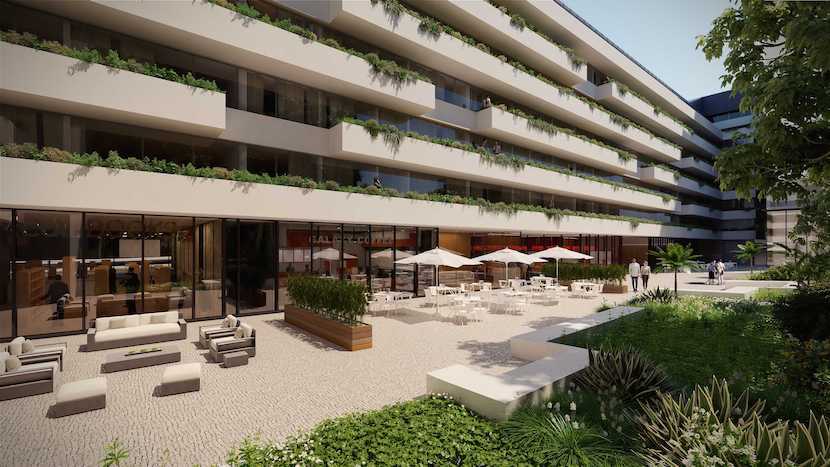 Malcolm Lobban of LX Living joins BizNews founder Alec Hogg, to discuss horizontal approval – the final piece of the puzzle that will allow investors in LX Living to get their Golden Visa. The programme allows investors to gain a European passport through property investment. – Jarryd Neves

It’s effectively – in South African terminology – the final registration of the sectional title registration, which means that the units which are investors will be acquiring on transfer in approximately 15 months from now, are formally registered within the land registry. It’s an approval process that took us much longer than we had hoped. But we’ve understood that’s just part of [it]. In Portugal, things take a bit longer than we expect. But it is a key requirement from the immigration authorities. It gives them the absolute confirmation that the underlying applicant for a golden visa has, in fact, committed to investing and has invested in real estate in Portugal.

On the Golden Visa programme:

The talk has been for some time now that the government of the day in Portugal would close [it] out. The entry requirement is a €500,000 investment in real estate, in Portugal. It’s been a great success story over the last seven or eight years. Most of the money has been flowing into Lisbon and Porto. The government of the day has been sending out some suggested changes to that programme, aimed at trying to move the investment away from those two centres,  into more rural or decentralised parts of the country.

The good news is they’ve now come out formally to say that’s not correct. Nothing’s going to happen in the short term. They will more than likely introduce changes in July of this year. Those changes will impact future investments in Portugal, but won’t be retrospective. So all folks who’ve invested in LX living and properties in the cities of Lisbon and Porto, will not be negatively impacted by these changes that take effect from July this year.

So that formal communication came out last month – which was good news for our investors and for folks who still want to avail themselves of the Golden Visa by investing in our project. That’s number one. Number two is yesterday’s confirmation from the authorities that our horizontals are, in fact, approved at LX Living. It is that the last little piece of the puzzle, as I mentioned earlier. We are now very happy to say to the market, come and invest with us – particularly if you’re after your visa. We know that the legislation is going to allow you to do that.

If you’re investing €500,000, it’s not an insignificant amount of money. It’s just shy of R10m. That’s what’s really been important to the folks who have invested in LX Living so far, is the comfort that the jockey – and particularly Johnny Rabie and his team – have got a track record that gives them that comfort. The underlying fundamentals that go with LX Living, from the principles of its location, the macro environment of residential property in Portugal, the positive sentiments that all the commentators continue to make about Lisbon and Portugal as a whole.

And of course, we are offering our investors a 4% guaranteed return for years one and two. You’ll be taking transfer of your property in the second quarter of 2022, and for the next two years commencing from that date – the next 24 months – you’re guaranteed a 4% return. So regardless of the ongoing uncertainty associated with Covid, you know that you’re getting that minimum return of 4%, underwritten by the developers.

On leverage and borrowing in Portugal to gear the investment you’re making:

The gearing is an opportunity which, we think, is one of the fundamental principles that made residential property attractive in many European markets. In the post Covid environment – central banks, the loose monetary policy, easing of interest rates – is making residential property a very attractive asset class. In the case of Portugal, it’s perhaps the most attractive of all, in that foreigners are being offered by the banks as we speak, loans to value of up to 75%. At interest rates, as little as 1% and less. 30-year money. Fixed rates at the moment around the 1% level.

Leveraging creates huge potential for material enhancement of that 4% return. If you do the simple arithmetic you’re talking about leverage returns of somewhere around 10% – achievable in the current environment.