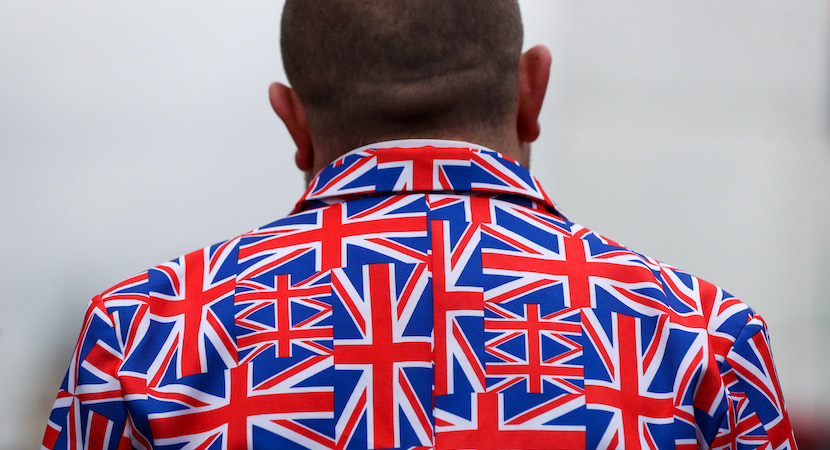 Davos — There’s always a lot of meat in PwC’s annual CEO survey which is released in Davos on the eve of the start of the annual meeting. The 22nd edition, released on Monday night, was no different. Of the two key issues to emerge, one you might well have expected, but not the other. The super confidence that CEOs globally exhibited last year has been tempered by the trade war and political tensions. So whereas last year’s survey was super bullish, this one almost depressive with six times more CEOs expecting a drop in economic growth. But the bright spot comes from an unlikely source. Kevin Ellis, PwC’s head of Europe, Middle East and Africa, says the survey shows British CEOs are backing themselves to flourish after Brexit. A contrarian view, but as Ellis unpacks the issues, it’s one that makes lots of sense. – Alec Hogg

I’m with Kevin Ellis, head of India, Europe, and East Africa for PwC. How many years have you been coming to Davos for?

This is my third year at Davos and every year I’ve been at Davos where we’ve been discussing Brexit.

Well, I think the interesting thing for me is when you look at the CEO survey, I suspect that most of the UK CEOs particularly, are kind of getting used to the level of uncertainty so, what comes through is that although they’re negative about, probably more negative than average, on the global economic prospects. They’re actually more positive than they were, than most people around the world, about their own business prospects. So, I think that is a message of whatever uncertainties there are out there – that will create opportunity for them and their business. So, I think it’s what you might call… Uncertainty has become the new normal for them and they’re getting more confident about dealing with uncertainty because it’s become the way of life through the last two-and-a-half years, post referendum.

Kevin, that’s an optimistic take, which is not shared by the mass media, to begin with.

No, it isn’t and, as I say, my optimistic take is really, we’ve done this survey now, as you know, for 22 years and actually, when you look at its accuracy, it’s pretty accurate. It probably goes through extremes but it’s pretty accurate so, it’s not my take. It’s the take of the CEOs in the UK vis-à-vis the other CEOs across the world. So, I think the fact that the UK CEO is kind of shining through a level of confidence versus the rest of the world. The only thing I can think of is that they’re used to uncertainty and they’re feeling confident about their own business to deal with it.

What businesses in particular because the UK has a heavy financial services sector, for instance?

Yeah, I think the UK is definitely a big service industry environment and I suppose the service industry is probably where you’re going to see the most significant change through the Fourth Industrial Revolution (4IR). I think one of the interesting stats, I’d say, in the UK is the prediction is that 7m jobs will be removed by robotics, AI, and blockchain. But actually, more than 7m jobs could actually be created by the same technologies so, this is all about how you train your people to execute to your advantage, in a fast changing 4IR, for the medium and long-term and effectively the optimistic hope that we’ll sort out some of the short-term challenges of Brexit in the meantime.

The short-term challenges including not being able to hire people from the Continent as easily as you can today.

Yes, well, no one really knows where it’s going to finish on that but I think whether, in the 4IR, I think one of the big challenges is not just about hiring. It’s about retraining. There’s not going to be a new army that’s going to arrive on your doorstep as a CEO to solve your data and digital needs as a business. What you’ve got to do is retrain the workforce you’ve already got so no one is left behind by this opportunity and you’ve got to reach out to a more diverse society to find those skills, train up those skills, to meet the need. You’re not going to find a new workforce. You’ve got the existing workforce and you’ve got to make sure you retrain it. That’s a big challenge, but actually, I think if you get that challenge right then it’s a huge opportunity.

What about a ‘no deal’ Brexit, if that were to happen? Would the British CEOs still be as optimistic as they were in the survey?

It’s really difficult to predict the outcome. What I’d say is, if you look at the exchange rate and you look at the survey, the exchange rate is more short-term and the survey obviously, talked about it six-months ago. I think most CEOs are not anticipating a ‘no deal’ Brexit so, rather than predict whether it be a no deal or not, what I’d say is, even looking at the UK Pound exchange rate to the Euro and the Dollar – people aren’t expecting a ‘no deal’ Brexit. Let’s hope they’re right.

You also look after Africa and SA in particular has had a massive transformation in the last 14 months, with a new president being installed. Are you getting a sense of more optimism out of that country?

Yes, I am actually. I’ve seen a big turnaround in the last 3 or 4 months, in terms of optimism in our business. We’ve just elected a new senior partner for Africa, Dion Shango, and he’s one of the youngest senior partners in the whole world, for our network. So, I think it’s a really exciting time for our business in Africa and hopefully, all the changes and opportunities in Africa, will really start to come through as well. I’m very optimistic about our business in Africa, and I’m really optimistic about my leadership team out there.

The circles of excellence or some of the financial service firms like yours, have areas of excellence and not just in the western world but also in Africa as well. Do you have anything in Africa that you’re particularly good at, at PwC?

I think actually, in Africa, we’ve been really effective and I notice it when I go out to my business, I was down in Johannesburg in the summer, at bringing through diverse talents. Some of the younger partners coming through are really outstanding leaders of the future, like Dion, our newly elected senior partner. I think there’s a lot of skills and diverse skills that have really come to the fore, particularly across Africa and probably because you need to. You need to bring this talent through. It’s a very young population and I think that exciting energy created by the youth of the population is one of the things that we can learn right across the developed world.

On a more controversial topic. KPMG has blotted its copybook terribly, in SA. Are you seeing that this is benefiting your business or not?

Anything that damages the profession, in any way, doesn’t benefit anybody. We need more trust in society and I really hope that the professionals can step up and really address the trust and uncertainty.

In the UK, there’s been a lot of pressure being building on the big-four. How are you dealing with that?

Look, I think it’s a major issue. I think there has been a loss of trust through some high-profile corporate failures. But at the end of the day, when you’re auditing, auditing is a human interaction. Technology is never going to replace the skill of human judgement. So, whatever change goes on in the UK it must have quality at the heart of it and with trust and transparency behind that. So, for me, I think any change that increases choice, as long as it enhances quality, is good and we’re very supportive of that.

Is Britain, getting back to Brexit, better positioned than most countries for the 4IR?

No, I don’t think that we’ve necessarily got an advantage over anybody else, at the moment. I think everything, looking across the survey, speaking to my colleagues across Europe and the wider world – I think everything is to play for, on the 4IR and I think it’s the governments and corporates and employers that can come together fastest, and execute on that training gap who will win the battle for being the most effective beneficiaries of the 4IR.

Could I ask this, because education…? Your colleague, Bob Moritz, was talking a lot about education, which is an area that Britain, historically, has had an advantage of.

Yes, I think we have had an historic advantage in education but the skills gap that’s recognised in this 22nd CEO survey is noticeable just across the UK, as it is anywhere else. So, I think our education is a good foundation attribute but I think some of the education systems around the world have been about knowledge. In the future they’ve got to be about agility and development to deal with the fast-changing world in which we’re operating in. So, I think education needs to change as well to really make sure we skill our people, both of the future but also upskilling people of the present to take advantage of the 4IR.

If Britain is no longer going to easily be able to access skills in Europe, where will it get them from?

I think they’ve got to find the skills across the UK. I think there’s a real opportunity to rebalance the UK economy beyond London, right across the UK and effectively, a more diverse, both social mobility wise and geography wise, is where we’ll find those skills. If you can upskill the people right across the UK it should be a fairer society as well a successful and profitable one.

Still in the UK – there is definitely a London centric. London is either the first or the second, probably the most famous and most vibrant city in the world because if you look at the size of the UK that means that’s a gravitational pull towards London. But I think with the 4IR companies and people become location diagnostic so that should enable the UK to benefit from the talent right across the country. Rather than making everything about London.

But it’s not being reflected in the negotiations. It’s almost like the Europeans feel they’ve got Britain on the backfoot. Whereas the CEOs seem to be coming from a different angle, interesting.

It is interesting. As I say, I can only really reflect the view from the CEO rather than what’s actually going on around the negotiation table. But I know the CEO’s optimism is for the medium-term and the long-term and I know certainty on Brexit will help investment in the country, which can only be a good thing for the UK, and I think Europe too.