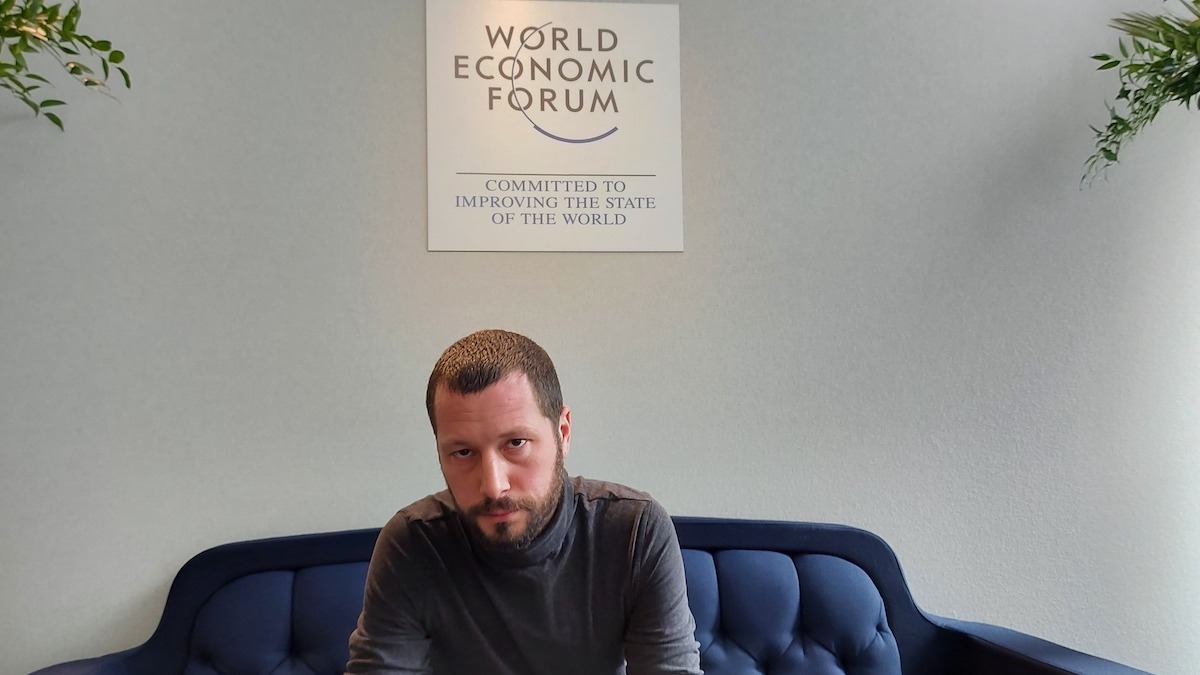 Mstyslav Chernov is a Ukrainian video journalist and war correspondent for the Associated Press, who reported from and finally escaped the besieged city of Mariupol. Speaking to BizNews after appearing on a panel at the World Economic Forum (WEF) 2022 titled, ‘Ukraine: Reporting from the frontlines’, a soft-spoken Chernov detailed what it was like trying to work in a war zone, with limited or no access to basic services and connectivity. Faced by the horrors of war on a daily basis, journalists – both local and international – continue to write history’s first draft against a proliferation of misinformation and propaganda permeating all platforms. Chernov said: “It is my direct obligation as a journalist to be a witness, but as a Ukrainian, I also want the whole world to know what is going on. Not just as a Ukrainian, but as a human.” – Michael Appel

It’s difficult but I keep coming back to those materials I’ve done and keep telling myself it’s important to continue and not to stop, to speak to as many people as possible, just to make sure these things are not forgotten. Not to be turned away; it is not my direct obligation as a journalist. My direct obligation as a journalist is to be a witness.

But as a Ukrainian, I also want the whole world to know what’s going on, not even as a Ukrainian, but as a human. Because the more people see, the more people will know and they will hopefully make sure this is not going to be repeated again. I think this whole war, this invasion is possible because many people forgot what the war is, what the real war is.

As journalists, as reporters, we have little control of how people interpret what they see. But then again, I would see my footage shown on different channels, and sometimes I would hear completely opposite descriptions of what is happening on the screen. I have no control over it, so I’ll just keep doing my job. I guess there are several things that could be done to make sure that this happens less.

First thing is to make sure people who are reporting on the ground, that the organisations reporting on the ground, keep the standards and they are trustful, trustworthy and reliable. It is much easier to misinterpret mobile footage from a citizen or a handout from the government. It is much easier to misinterpret and to use it for propaganda. And the second part is people just need to be educated. I think that is kind of the ultimate solution to the misinformation problem. People have to be educated so they can understand what is a lie, what is truth, or where the balance lies.

On suppressing your fear while on the frontlines

This is probably what all Ukrainians do now and all the journalists – all international journalists – who are in Ukraine do now. Being in a war, in a conflict, takes some courage. But if you know why you’re doing this, then it’s much easier.