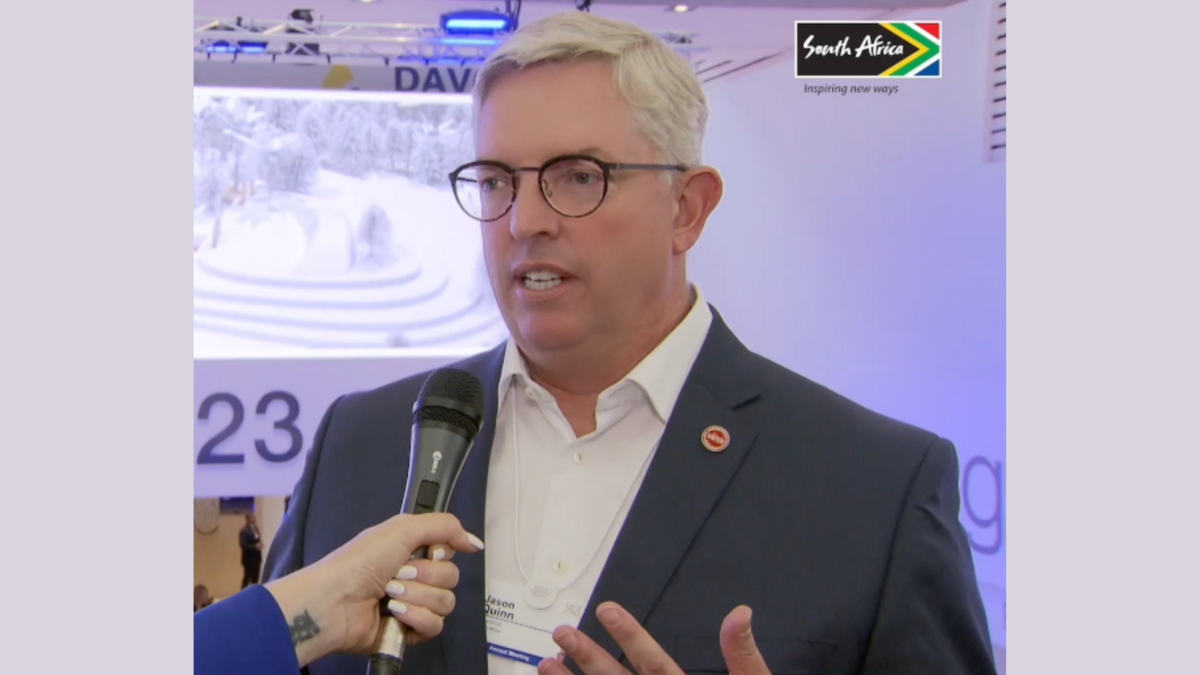 Davos Direct with Absa Group Financial Director Jason Quinn. The cost of living crisis could pull attention from shared global risks such as climate change. The World Economic Forum’s Global Risks report highlights that two out of three households in the US are battling to pay their bills every month.

Jason Quinn on his key takeaways from the discussions at WEF

Things that were emerging issues three years ago are real issues today. So if you think about something like companies making commitments to net zero carbon emissions and things, that was a theoretical conversation a few years ago. We’ve moved way past that into actual commitments. We’ve moved into strategies, plans, operations, infrastructure and things like that. So some of the trends that were there a few years ago, you can see how they’ve progressed well. And then of course, today there’s all the doom and gloom around the global economy and all the impact that might have on the world. So, you know, it’s a combination of new and emerging issues and progress on old ones.

I think there’s going to be lots of discourse and dissonance on this thing. If you look at those United Nations Sustainable Development Goals, they all make a lot of sense to all of us, but there’s inherent conflicts in some of them. If you think about Africa and the just transition away from carbon and towards renewables and the opportunity that presents, but how complicated that transition can be. That Global Risk report was also quite startling, if you think about it in the USA. Two out of three households struggle to pay their bills at the end of every month. So this isn’t an emerging market issue. This is a global issue. Then you move into, you know, finance, like you say, and the flow of funds and how seamless that has become. But then how the risk has emerged in things like EFT so quickly. I mean, it was a headline sponsor here last year. We met the same way around here and today you know, the world lost I think they’re talking about $3 trillion of wealth through that collapse – and somehow we’re still here. Resiliently, that’s a fortune of money that was lost, but somehow the world finds a way to adapt and continue. So although there’s many risks in that report, and rightly so, I am still a bit of an optimist that these are challenges that can be overcome with collaboration.

On how team South Africa is being received

Team South Africa’s been a long-standing constituent of this forum and rightly so – it’s been very good for South Africa. And I think we’re warmly welcomed in every interaction that we come to in a supportive way and also in a commercial way. So I think we stand tall here.