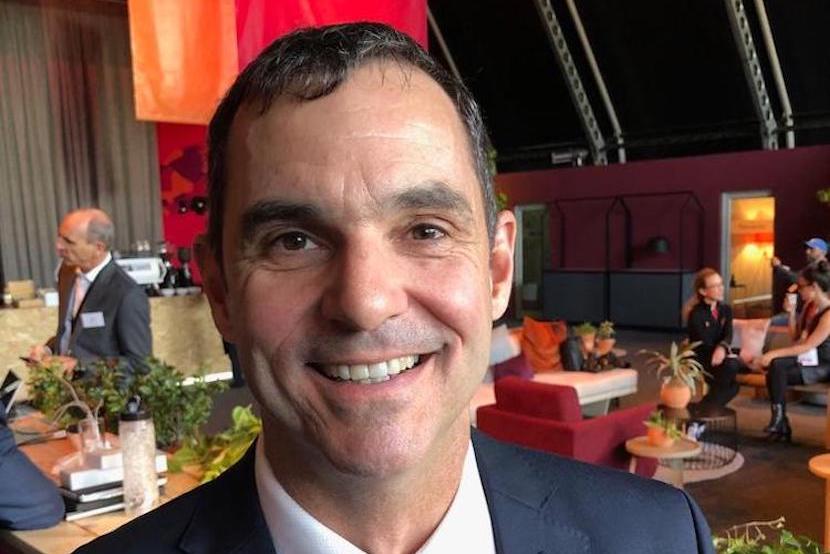 One of the most popular themes of questions posed by the Biznews community ahead of the WEF Africa meeting related to Finance Minister Tito Mboweni’s economic revival plan. So Alec Hogg tracked down one of the relative few economists who have actually read the entire document. Among the questions were those submitted by community members Myles Fourie, Mike Hill and Marius Swart.

Jeff Gable‘s here at the ABSA pavilion. Are you here for the whole week?

Just for a few days helping our clients understand some of the current issues we face in South Africa as well as the opportunities. Not just in South Africa but across the continent.

We’ve had our community asking questions and a big question that keeps coming up: What is Tito Mboweni’s economic plan? Is it the panacea to South Africa’s ills?

I’m not sure I would describe it that way. In a very contested terrain, we have a document that highlights a number of interventions, that for the most part have been discussed in previous forums – the New Growth Path and the National Development Plan. In that sense it’s not new, but into the current environment where there is so much contestation – not just around state capture – but real ideological contestation over how to get this economy growing. It’s fascinating to see national treasury and Minister Mboweni come out with something they say we should be discussing.

What are the chances of it being taken seriously at Cabinet?

It’s tricky. We have big ideological splits. Treasury will almost certainly be opposed by elements from the left and others. Whether this is seen as an actionable document with the correct political support for implementation, or whether this is a discussion document, it is what Treasury thinks about the economy. This is what we think should work. In fact, much of it is even under the purview of Treasury. But they are saying – this is what we think we should be discussing.

So what’s in there that will change South Africa?

It’s a very interesting question. Let’s think about some of the obvious stuff like industrial policy and trade policy. We sit on the sidelines of the World Economic Forum who focus on things like the African Continental Free Trade Agreement. There must be opportunity for us in South Africa as the most industrialised country on the continent. But we need to be thinking about ways of making ourselves more attractive for investment, making our markets appear larger and generating the economies of scale that will allow us to be part of global supply chains. Things like this are in the Treasury document.

But that’s a little bit like apple pie and cream and motherhood. It’s been known for a long time and it’s certainly not controversial even for most people. What’s in there that might be different?

It’s in the detail. What should the balance be between labour and business and how do we think – as South Africans – about the balance between government and the private sector? Where do we think there’s room for regulation to open up opportunities or for regulation to close off loopholes. It’s all of those details – away from the headlines of the 70 odd page document. When you get to a technocratic level and when you get to the pure politics of it, we’re right back into the ideological discussions. Should we have an economy that’s led by government or should we have an economy that’s led by business. What are the lessons to take from the last half decade where we’ve been growing very slowly and what are the right lessons to apply going forward. The national Treasury’s document gives us one look at that, but there’ll be others as well.

So you’ve read the whole thing.

I think a number of us have. It’s a lot shorter than the National Development Plan.

Is it more likely to be implemented than the National Development Plan was?

There are many elements within the National Development Plan that have come to fruition. We always think about the National Development Plan in terms of its discussion around business versus labour and around privatisation. Those issues are always going to be politically contested. But whether you sit in Cape Town or in Pretoria or in Joburg, you see many parts of the national plan that are working. Think about the rolling out of transit systems, moving people onto buses, rail in many parts of urban South Africa, the urban planning – thoughts about spatial developments and the densification in major areas, that hasn’t happened by chance. So it’s absolutely true that some of the National Development Plan was always going to be heavily contested. I suspect the exact same thing will happen with this National Treasury discussion document. There are parts of this discussion that won’t necessarily be the focus of political contestation and they’ll get done, but we tend to focus on those things that are more excitable where the contestation is greater.

Where media noise can be more exaggerated.

It’s not just media noise – that’s probably a little unfair to the media – but it’s the political noise as well. You make very little impact by mentioning all the things you agree upon. You make impact by talking about those differences. We blow those up rather than identifying areas of common agreement and progress.

So for those people who haven’t read the 70 odd pages of Tito’s plan – the plan compiled by Treasury – what are the headlines?

It was five areas of broad intervention. Improving a network economy, things like infrastructure, transport and telecoms. Improving barriers of entry around red tape and competition policy. How do we make it easier for small, medium and large business to be able to get up and running and generate jobs in South Africa? The concept of labour intensive growth – not all economic growth is equal – how many jobs do we generate in South Africa. We’re rightly proud of the huge investments we’ve had in the auto sector for example, but we must also recognise that each of those jobs takes up a huge amount of capital, whereas, we haven’t spent enough time focusing on things like agriculture where we generate lots of jobs, often unsexy jobs, but we generate lots of jobs for South Africa.

A very sexy job in agriculture would be cannabis, a big opportunity?

Potentially it might be but whether South Africa wants to position itself as the cannabis hub for the African continent, it’s an interesting idea. We need to make the best use of the resources we have. South Africa is a water scarce country, we have gone through two periods of extreme drought in the last few years, but at the same time we know that there’s lots of land not being used in the right way, using the right techniques with the right use of labour. Part of the focus around this job intensive growth strategy is that we need to provide opportunities for those living in rural areas as well.

We’ve been doing quite a lot of work on the informal economy particularly with GG Alcock who has been propagating this and his view is that if you were to treat South Africa’s economy like Nigeria’s – where much of it is informal trade – it would come up with a far bigger GDP for the country and perhaps different policies. How would you view that debate?

There’s no doubt that here in South Africa – like in many countries – there’s probably some under-representation of the informal economy. That said even driving through Khayelitsha, Alex and others, you’re amazed by the degree of informalisation that exists but it is still a world away from your experience in the middle of Lagos or Abuja.

Could it be that we are mis-measuring the South African economy and if we were able to include all that informal activity, would the economy be bigger? Are we miss measuring unemployment and inequality?

I don’t think it makes sense to tell people who are struggling to find a job or struggling to provide for their families, that they’re just being measured incorrectly and in fact they are able to provide. As an economist, I’d love to say that a $350bn dollar economy is actually a $500bn economy, but the social action that we’re seeing – the frustration that’s swelling up – is not because of some measures. Nigeria is a bigger economy than ours as economists and statisticians measure it, but real people find it very hard to provide for themselves and their families. And that’s the real test here.

And the logjam. How will it be broken?

Breaking the logjam should happen when we generate those discussions in another way. Half a decade of the economy is barely growing at all. A government that finds its fiscal space increasingly eroded, state owned companies that have made a number of decisions over recent years which have put them in very difficult positions today. All of those things suggest that the status quo will be more difficult to maintain. Here in lies the space for a discussions around bigger changes. Some of those changes might be business friendly, some of those changes might not. I suspect that space where we say we’re going to do the same as yesterday, is getting smaller and smaller.