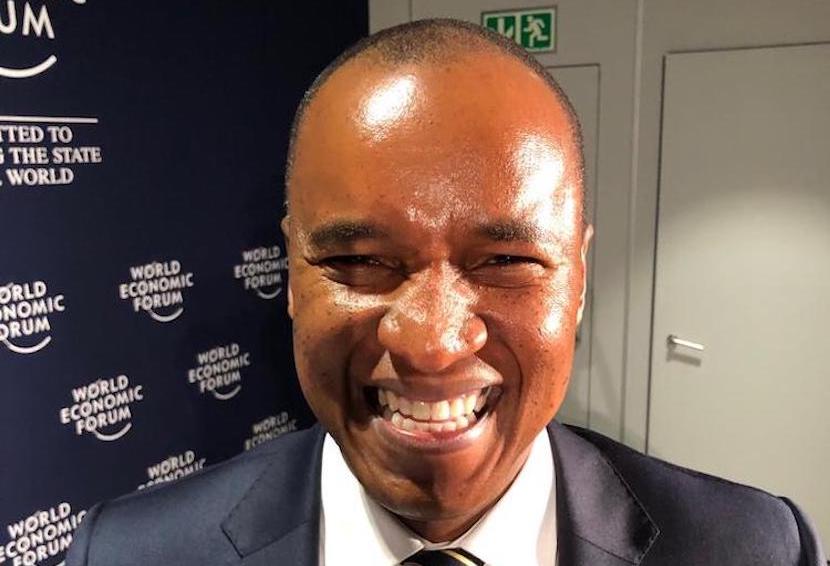 In Monday’s Daily Insider newsletter, we asked members of the Biznews community to send through questions that we could ask heavy hitters attending the WEF Africa meeting. Alec Hogg caught up with Dion Shango, the Africa head of PwC, the world’s leading Big Four accounting and auditing firm. Alec got the chance to pose some of the best questions submitted by community members – in this instance those from Tom Clarkson, Derick Finlayson, Willem Cronje and Carmen Anderson.

There are a few specific questions that we’ve been asked by our community. Is democracy in Africa going backwards? We’ve had some setbacks in places like Tanzania, Sudan, Malawi and Zimbabwe after decades of progress. Are CEOs getting jittery about this?

There have been one or two pockets of activity that have had the potential of undermining some hard won gains, but consistent with what we saw in last year’s survey, CEOs are getting used to taking a much longer term view. We don’t think CEOs see democracy as regressing on the African continent. CEOs are saying they realise and acknowledge that from time to time you will see some concerning incidents, but if you take a 10, 15 and 20 year view and invest through the cycle, the patient investor should earn a decent rate of return.

So the trend is your friend.

What about technology. There is a concern from another member of our community, that the Fourth Industrial Revolution is seeing robots becoming more efficient, more productive than human beings, resulting in lost opportunity for jobs. How much progress is being made on finding new jobs for these people?

This is a huge moral and ethical issue. What does artificial intelligence and robotics mean for man? What do they mean for employment in a continent that is so largely unemployed? How best do we get technology to have a harmonious relationship with men? This is where people often misunderstand what technological advancements mean and what living in a digital age means. Digital isn’t about the actual technology and the gadgets. Digital is about people and the changes that we as people need to make in how we behave, in how we work, in how we interact with technology in a way that actually is to the benefit of man. To the benefit of raising living standards and making life better for all. I think Africa has a fantastic opportunity to leverage the advancements in technology.

Definitely. Leapfrogging is one of those opportunities. We’ve already seen a lot of evidence of what this has done in countries such as Kenya with Mpesa as a payment platform. Nigeria which had barely 200,000 fixed telephone lines has now arguably the largest mobile telephony market on the African continent – something that has transformed that economy. This is certainly more of an opportunity than a threat. In my opinion, I don’t think that we need to fear AI, robotics and other advancements in technology. I think we need to leverage these to empower the youth. This powerful population that we have on the continent has so much promise. We need to do this through up-skilling, by teaching them how to interact and how to use these technologies, in order to unlock the value and growth that resides on this continent.

This is a related question. The African population is often seen as an asset and that there is a demographic dividend by investing here. But on the other hand it is also known that you can’t produce too many people because too many people require too many resources. Obviously it’s an opportunity and a threat. Is there a case to be made that perhaps this continent needs to be looking at ways of reducing the growth in population into the future much like the Chinese did with the one child policy?

If you look at Africa – relative to other continents – there are still so many stages of development that we have to undergo. You made reference to leapfrogging earlier. There are estimates that say the population of the African continent will double by the year 2050. If we just apply our minds to that. It’s an enormous amount of goods, services and other requirements that will be needed by people in order to sustain that. So, what type of investor would not be excited by the prospects and opportunities that brings? Population growth is most certainly an issue we all have to be concerned about in the long term. The world is a limited place that can only handle so many of us and we need to be responsible in how we use our natural resources. Certainly an issue to consider for the long term but perhaps not as serious as other parts of the world.

In the short term, population is actually a good thing. But let’s not get too clever about it. What about productivity. Did that come out at all in your survey?

So how far are we behind and how do we change that?

We need to be smart in how we measure productivity. Is it the old fashioned factories of old? Do we even want to compete with a region such as China or other parts of East Asia in terms of the types of products that we make? I think there is a fantastic opportunity for us to consider beneficiation. Being a continent that is rich and well-endowed in natural resources, how do we capture more of the value chain of many of those natural resources to increase and improve our productivity and in so doing grow our economies? So maybe being smart, being innovative in how we approach the productivity challenge, is the way that we should be going about it.

Oliver Cann mentioned that for the last three years FDI into Africa has grown. Are there any particular areas that can be focused on to make it even better?

Historically, most of the investment has been tied to natural resources that many countries on the continent have been so dependent and reliant on. But I think there are other sectors in the economy that provide great promise. for one, agriculture and what that could mean in terms of unlocking future growth and value for the continent.

What about cannabis. It’s being legalised all over the world. Can’t you start lobbying to set grass free?

That is something that would be really exciting. We shouldn’t lose the opportunity. So why not have the conversation.

The world’s getting excited about cannabis and you see how the stocks are going in North America. South Africa’s supposed to make the best in the world.

As long as it is adequately and appropriately regulated. I’m sure that could be another fantastic opportunity.

You’re a very powerful man. You run PwC in Africa. How do you get people to start applying their minds to opportunities like that? How do you engage with governments to get things moving?

It’s a never ending process of engagement. It’s about being patient and doing all that one can, to bring the private sector and government together to align thinking, planning and objectives of investors. Making sure that there’s a meeting of minds in how we can help one another to grow and develop. I have absolutely no doubt in my mind that we all want the same things. The politicians who run each of the governments on this continent want to see growth and they want to see poverty being eradicated. There is money circling the globe looking for a home, looking to invest. In marrying those two needs, there is no doubt that we can grow this continent.

But there are opportunities all over. Unusual opportunities that sometimes just needs a logjam to be broken. How do you help to break that logjam?

As an organisation, we are in a privileged position to have access to governments and the private sector around the continent. We play the role of service provider and adviser. We also get a bird’s eye view of what government’s most important problems are. The same applies to some of our clients and investors. So the unique vantage point that we have, gives us the ability to align these interests in a unique way and plant the seeds. Make sure that one party hears about what’s important for the other and hopefully – at the end of the day – an outcome that is good for society.

One last point. You’ve no doubt also had a look at Tito Mboweni’s economic plan. Do you have a house view?

We haven’t, but what I am delighted about is the fact that there is a paper that has been issued. To spark and encourage debate and I think there should be a lot more focus on the content of the document. There are many debatable aspects in the document – about how we should be moving the economy forward – but let’s have the discussion and let’s use it as a platform to see us working together to move the country forward.