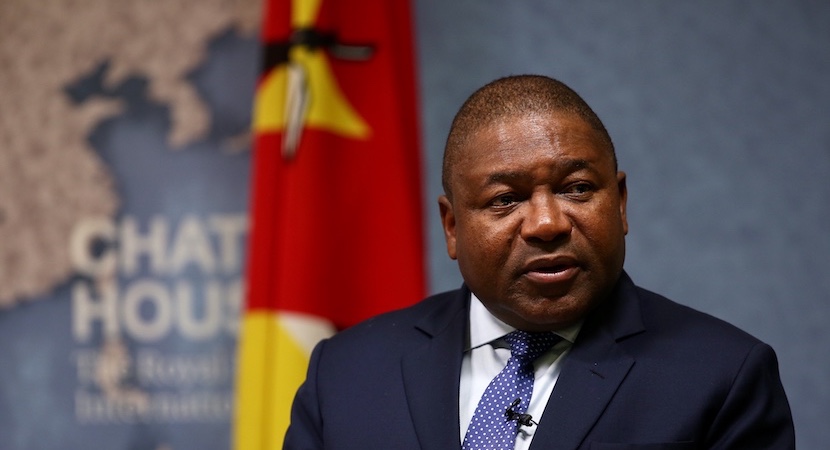 JOHANNESBURG — Just like the ANC, the Frelimo party in Mozambique faces a key election test this year. And just like the ANC, Frelimo is knee-deep in corruption scandals. But Frelimo’s top brass are getting increasingly nervous as Mozambique’s corruption scandal has caught the attention of US authorities. The long arm of the law in the US is certainly something that nobody messes with – and Frelimo is learning that the hard way. – Gareth van Zyl

By Matthew Hill and Borges Nhamire

(Bloomberg) – Mozambique’s government is scrambling to contain the fallout from a US investigation into the country’s $2bn hidden-debt scandal, ordering a series of high-profile arrests in the past week.

The detentions signal concern among Mozambican authorities that the US probe may reveal more corruption by ruling Frelimo party officials as they prepare to compete in general elections in October. Those arraigned so far include the ex-head of intelligence and a son of former president and high-ranking Frelimo official Armando Guebuza.

“The investigation and prosecution by the US attorney general is the biggest crisis for Frelimo since multiparty elections started in 1994,” Darias Jonker, Africa director at Eurasia Group, said by email. “Although it is unlikely that former President Armando Guebuza will himself be arrested and prosecuted, the detention of his son shows how desperate Frelimo is to contain the crisis.”

Since Feb. 14, Mozambique authorities have detained at least six people in connection with the case, including:

Making the arrests will enable President Filipe Nyusi to tell the electorate that those suspected of corruption have been apprehended, said Domingos do Rosario, political science professor at Eduardo Mondlane University in the capital, Maputo. They may also be an attempt to appease foreign donors that the state is acting to stamp out graft, he said.

“The main idea is to clean the image of the party, not only because of the general elections, but also before the Americans and donors,” Do Rosario said. The strategy could backfire if it causes major fissures in Frelimo, he said. The party didn’t respond to an email seeking comment.

The detentions follow the arraignment by South African authorities of former Mozambican Finance Minister Manuel Chang in December on a US indictment. Chang is accused of taking at least $5m in bribes and conspiring to commit securities fraud in connection with the hidden-debt scandal.

Former Finance Minister of Mozambique Manuel Chang was arrested in Johannesburg at the weekend. Chang is set to be extradited to the US where he faces several charges including conspiracy to commit money laundering. pic.twitter.com/Nm4GJkIk9n

None of those arrested has been found guilty of wrongdoing. Guebuza senior hasn’t been formally accused of wrongdoing. Arguments in the Johannesburg case for the extradition of Chang, who last week lost his bid to be granted bail, are scheduled for Feb. 26. Mozambique has since also formally requested Chang’s extradition, said Max Mpuzana, a spokesman at South Africa’s department of justice.

The request to have Chang sent home may be an attempt to limit further political damage, according to Jonker.

“Preventing Chang from extradition to the US is key to protecting Guebuza senior and preventing an all-out expose of who all was involved in the scandal,” he said.

How the extradition applications are dealt with could depend on whether Mozambique is deemed to be a so-called “associated African state,” according to Anton Katz, a Cape Town-based advocate who specialises in extradition law.

Guebuza's eldest son Ndambi says his arrest this weekend was politically motivated "by someone who wants to win the elections at any cost."

The timing of the competing requests doesn’t matter under law, and it’s up to the prosecutor which to pursue more vigorously.

“The one with the less risk of not succeeding is the one I’d pursue,” Katz said. The recent arrests in Mozambique “should have absolutely no bearing whatsoever” on the nation’s bid to have Chang sent home, he said.