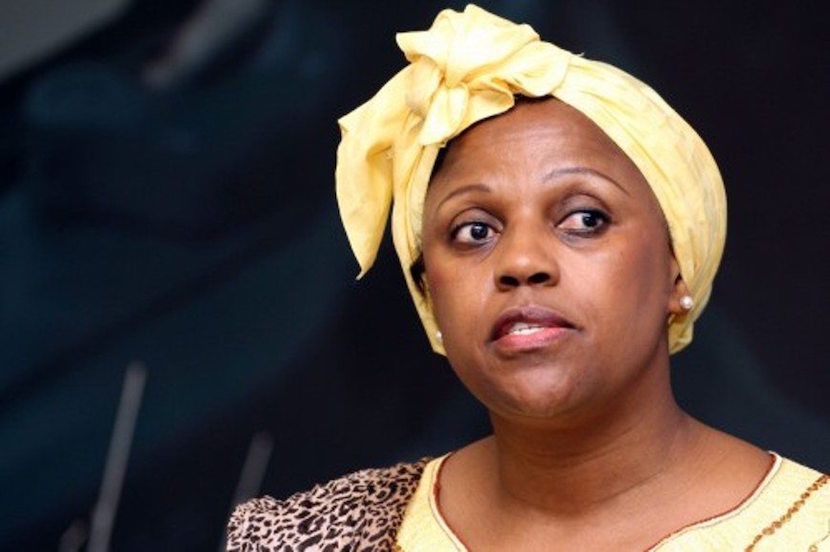 Following an unsuccessful application at blocking the ruling declaring her a delinquent director, Dudu Myeni was ordered to pay the legal fees for both Outa (Organisation Undoing Tax Abuse) and Saapa (SAA Pilots Association). She settled her legal fees in cash – payment totalling R57,000, in R200 notes, says Outa. The incompetent, graft-tainted former SAA chairperson, and close friend of Jacob Zuma, Myeni has featured prominently at the Zondo Commission into State Capture. The inquiry has heard evidence that she accepted cash back-handers from individuals at Bosasa, linked to prison tenders. Former Bosasa COO Angelo Agrizzi told the commission that he would hand over R300,000 in cash to her every month for the Jacob Zuma Foundation. Evidence has revealed that Myeni also played a central role in making decisions at state entities like Eskom. What’s more, she faces criminal charges for revealing the identity of a witness. The man – known as ‘Witness X’ – was a company director who dealt with Myeni regularly. – Jarryd Neves
Use Spotify? Access BizNews podcasts here.

OUTA media statement:
Dudu Myeni has paid the legal costs for OUTA and the SAA Pilots Association (SAAPA) for her failed applications aimed at blocking the delinquent director ruling. Myeni was declared a delinquent director for life on 27 May 2020.

The court had ordered Myeni to pay the OUTA-SAAPA legal costs for the two unsuccessful interlocutory applications she brought in November 2019. She lost both the applications and her belated attempts to appeal them in January 2020. She was ordered to pay the taxed bills of costs for both.

The bills were costed on 30 July and 6 August, and were then due for payment within 30 days.

Myeni missed the deadline for payment.

On 28 September OUTA-SAAPA lawyers sent Myeni’s legal team a final demand for payment within seven days, failing which a warrant of execution would be sought.

She missed that deadline too, so the warrant was obtained and last week the Sheriff of the Court moved to seize goods from Myeni to cover the costs.

Myeni promised to pay, to stave off the seizure.

This week, two payments totaling R118 291.94 were made to the OUTA-SAAPA lawyers. At least one payment was in cash, in R200 notes.

Myeni’s applications were two interlocutory matters during the main case. They challenged the court’s refusal to allow her to amend her plea, called for the other SAA board members to be joined to the case to share the blame, and challenged OUTA’s legal standing to bring the case.

Myeni is attempting to appeal the May judgment on delinquency. OUTA-SAAPA are opposing any appeal and have also brought an urgent application for the interim enforcement of the delinquency order, pending any appeal decision. Heads of argument were filed in September and the hearing was on 17 November. Two days before the hearing, Myeni applied bring in new evidence. These matters are now under consideration.

Myeni was also ordered to pay the OUTA-SAAPA legal costs in the main matter, but this is suspended pending finalisation of her appeal.

After we sent the sheriff to #DuduMyeni‘s house to seize goods to cover #OUTA and #SAAPA‘s long overdue legal fees, she finally made 2 payments totaling R118 291.94. At least one payment was in cash (totalling R57k, in R200 notes) https://t.co/6wbTakmeSZ