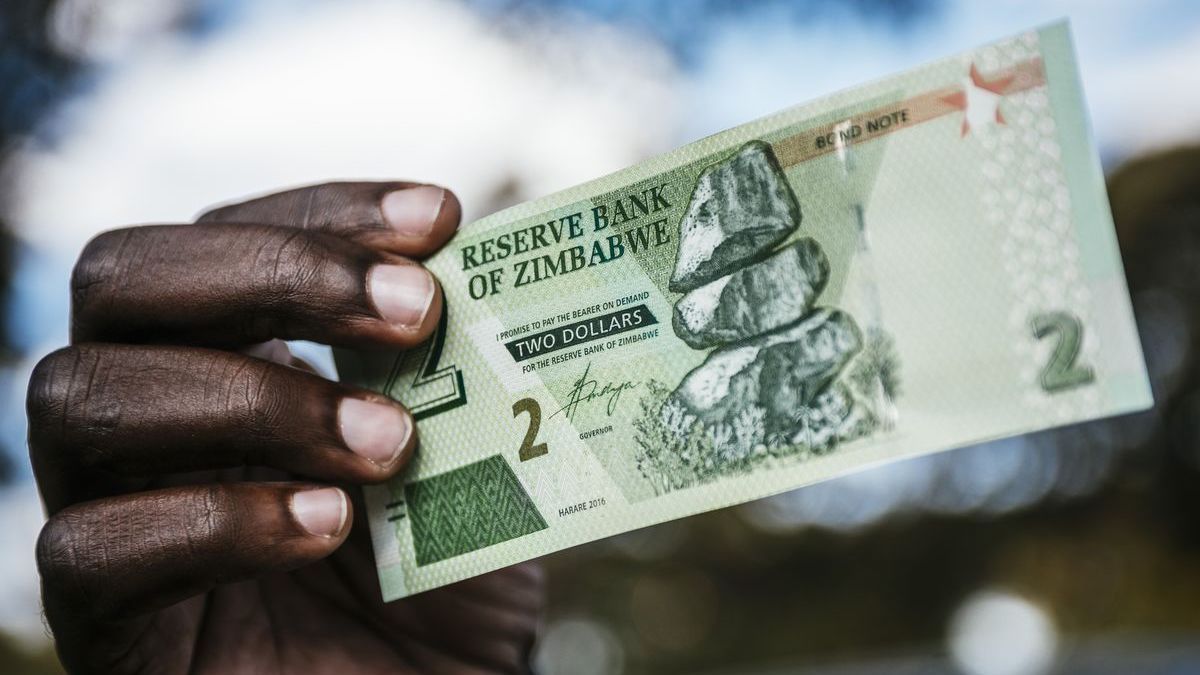 You know you’ve reached failed state status when your supermarkets are devoid of people on payday. The groceries are too expensive, and you rely on your own maize, vegetable and fruit crops, purchasing only absolute essentials like bread and mealie meal. That, says Cathy Buckle in her weekly Letter from Zimbabwe, is what’s going on today. With fuel up for the second time in a month (from US$1.78 to US$1.88 per litre) and toll gates hiked by over 70%, food prices are now measured in thousands of Zim dollars per item, explaining the echoing supermarkets. Meanwhile, similar to SA where the quality of your connection to government officials determines your income, you can become an overnight Zimbabwean millionaire by buying US dollars at preferential ‘connected’ Zim-dollar rates, doubling your money on the street in minutes. National debt stands at US$17bn. And still, the ANC defends Zimbabwe. Cathy takes refuge in her natural surrounds, as any true pantheist would. – Chris Bateman

On the shortest day of the year (21 June), Zimbabwe gave us her very best: blue sky, sunshine and golden grass. It was gorgeous out there in the bush, aloes in flower, streams still trickling and mist nestling in the grass long after sunrise. For the last two weeks of June we also had the rare chance – and apparently only happens once in a century – of seeing the five planets, which are visible with the naked eye lined up in an arc below the waning moon. Every morning at 5.00 am, I went outside into the cold and looked for the arc, cloud and mist not helping but after five mornings I finally got a good view. My horizon wasn’t low enough to see Mercury but Venus was in and out of the mist and Mars, Jupiter and Saturn were beautifully clear with the waning moon at the top of the arc. By the next night, the chance of seeing it again had gone because a cold front moved in; thick cloud and mist, rain and an icy wind reminded us that this is winter after all.

We need to grab the beauty and tranquillity at every opportunity that arises in order to get through these hard times in our country again. It’s becoming a tired litany to write that, yet again, in the last fortnight fuel went up for the second time in a month from US$1.78 to $1.88 litre. Toll gates went up again from Z$500 to $700 and food prices immediately followed suit. We have rapidly gone back to the days when all the basics on our tables have become luxuries and I went grocery shopping to see what I could find for less than a thousand dollars.

It wasn’t a pretty picture; these are some of the standard, regular grocery items most people buy: 10kg maize meal, Z$5,329; two litres cooking oil, Z$3,299; 2kg flour, Z$1,199; sugar, none to buy; 375 ml peanut butter, Z$1,099; 500g; jam, Z$1,199; 100 tea bags, Z$1,499; 500 g Cerevita cereal, Z$2,199; 1kg oats, Z$2,199. On the first day of the month, just after people had been paid, the huge supermarket was almost empty, the sign if anyone needed it, that people can’t afford the thousand-dollar food in the supermarkets anymore. Outside in the car park, the money changers stood flicking piles of notes and sitting in the freezing cold wind. Next to them, an old man in a wheelchair I often try and help with a loaf of bread or packet of sweet buns. When I bent down to give him a packet of buns today, he was shivering and my eyes filled with tears. Why? Because he’s an old man who’s had a stroke, can’t talk and is paralysed and this is what his life has come to.

Chatting to a man this week about all the construction that’s going on in Harare and the wealth and opulence that oozes out of driveways in the northern suburbs of the capital city, it didn’t take long to agree on how some people are becoming overnight millionaires again in Zimbabwe on a scale we last saw back in 2008. Here’s how it works. If you have high-up government connections, you can buy one US dollar for Z$365 at the official bank rate, you can then go out on the street and sell that one US dollar for around Z$700, doubling your money in a few minutes. Extrapolate that one US dollar to $100 or $1,000 and it doesn’t take long to become a millionaire. Everyone knows it and yet it carries on in plain view without interception.

Meanwhile, explaining why they are only making ‘token payments’ towards the country’s debts – which have now soared to US$17 billion, the government said it was contending with “protracted challenges” to deal with Zimbabwe’s “gruelling economic crisis”. Hmmm, we thought, but who made this gruelling economic crisis and who is it that’s lost their salaries, pensions and life savings and are sitting outside supermarkets in the freezing cold hoping someone will help them?