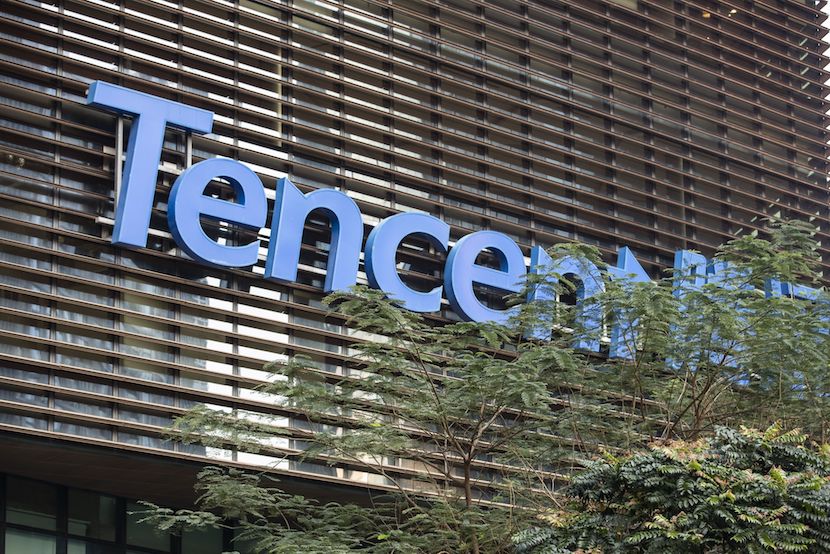 After a five-week rout in Chinese stocks after ominous intentions from the government and regulatory authorities shook the market, some of the country’s largest tech companies have rebounded strongly this week. Tuesday’s gains, led by internet giants Tencent, Alibaba and the JD Group will be come as some much needed reprieve given that the Hang Seng Tech Index has retreated around 40% since its February highs. Some of the catalysts behind the strong start to the week include Tencent initiating its share buyback program and Cathie Wood’s Ark buying JD Group after a strong set of results. It’s a bit of flip-flop from Cathie Wood, who has recently trimmed Chinese positions since the regulatory crackdown began. On the local bourse, Tencent proxies Naspers and Prosus were only up around 3.5% at 12:00 SAST whilst Tencent ended the day almost 9% higher in Hong Kong. – Justin Rowe-Roberts

By Abhishek Vishnoi and Jeanny Yu

(Bloomberg) – Chinese technology stocks rallied for a second day, as sentiment was boosted by Tencent’s stock buyback and as Cathie Wood bought back into JD.com after a strong set of results. The Hang Seng Tech Index extended its advance to as much as 5.3%, adding to a gain of more than 2% on Monday, after a five-week rout that took the gauge to the lowest level since inception last year.

While there’s no indication that China’s regulatory crackdown will ease, the absence of significant new initiatives in recent days has helped draw in bargain hunters. Investors are also taking a cue from technical charts that show the index plunged into oversold territory last week.

“We are seeing lots of bottom-fishing activities in the market, including strong buying of Tencent and Alibaba,” said Jackson Wong, asset management director at Amber Hill Capital “Companies that have fallen the most and prove to have solid fundamentals will lead the rebound.” 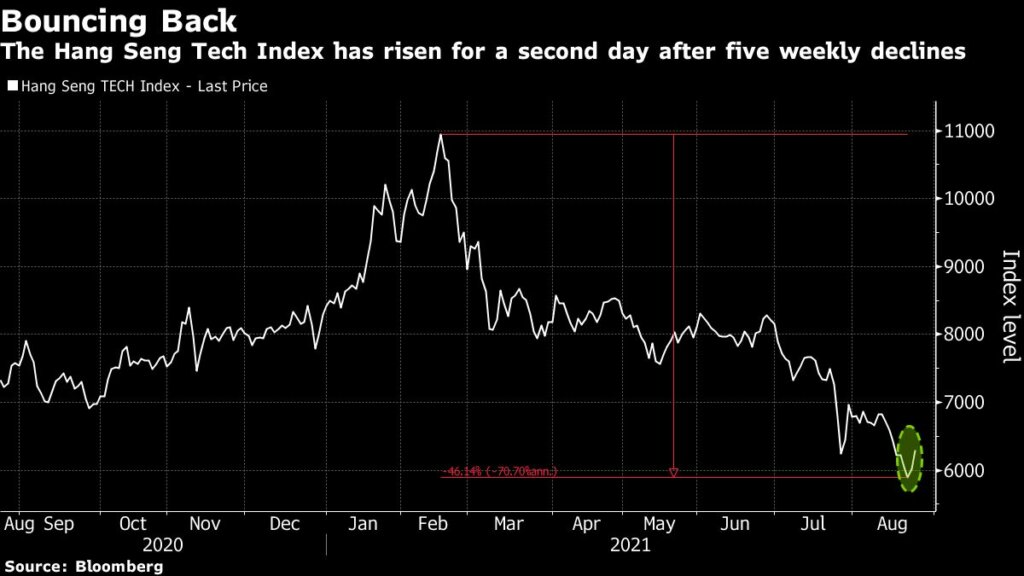 Ark’s purchase of JD.com came after the thematic tech-focused global investment firm reduced its China holdings to almost zero this year, and as Tencent bought back 230,000 of its own shares on Monday.

Shares of Tencent, China’s biggest company by market value, rose as much as 7.8% while its rival Alibaba, which dropped to a record low in Hong Kong on Monday, gained as much as 6.1%. JD.com, a Chinese e-commerce giant, jumped as much as 12%, the most since July 29, after its second-quarter revenue beat average analyst estimate.

Meituan climbed 12% while Kuaishou Technology rose almost 17%, the most since February.

While investors are still concerned about regulations, earnings such as those from JD.com “have partly offset some of the worries,” Linus Yip, a strategist at First Shanghai Securities in Hong Kong, said by phone. “Valuations look appealing if investors want to hold for 6 months or longer.” 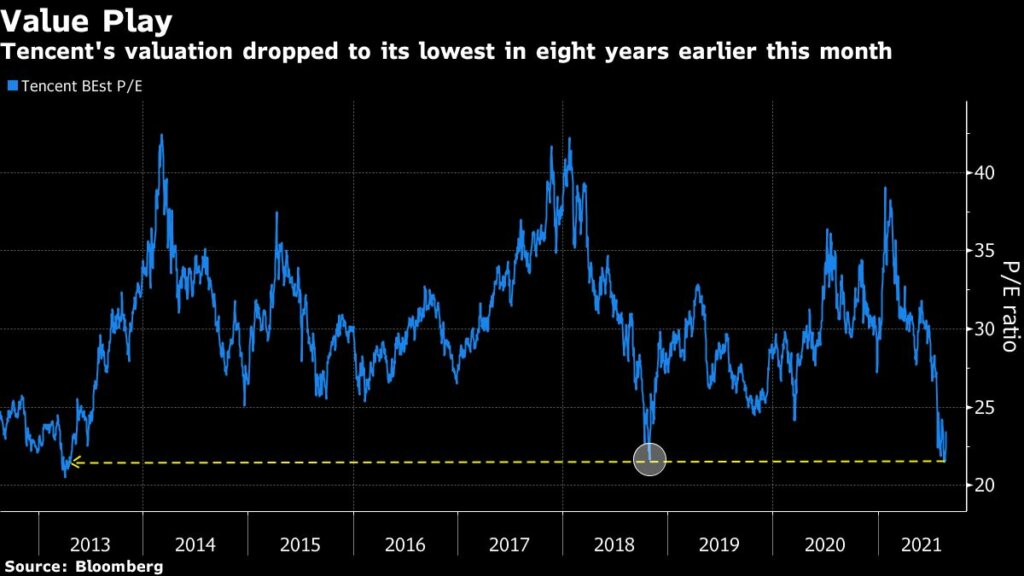 The Hong Kong benchmark tracking the biggest technology stocks in China has lost more than 40% since a February peak as Beijing conducted a sweeping crackdown on private sectors to reduce inequalities in the world’s second-biggest economy.

MSCI, the world’s biggest index provider, shook off concerns about the “investability” of Chinese stocks, citing previous instances where markets rebounded in the aftermath.

Regulatory compliance has weighed on China “every three, four, five years and obviously the markets have sold off at the time. But very quickly afterwards, the markets have recovered and gone through to new heights,” MSCI Chairman and Chief Executive Officer Henry Fernandez told Bloomberg Television’s Haidi Lun and Shery Ahn in an interview.

Some investors have taken the opportunity to buy during the selloff. Veteran fund manager Hugh Young of Aberdeen Standard Investments said earlier this month that his firm bought the dip in Tencent and kept most of its other big-tech holdings largely unchanged.