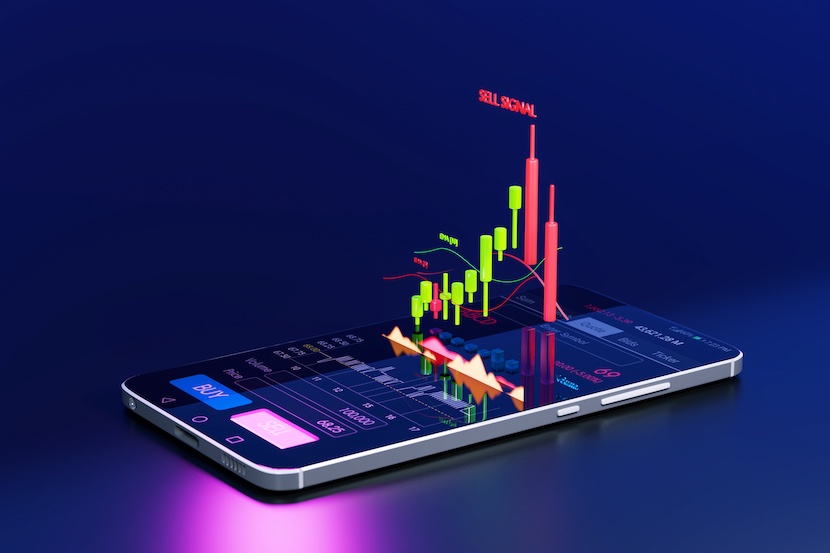 Global markets tumbled on Friday, following news that a new variant of the coronavirus –supposedly more transmissible and able to bypass vaccination – has emerged. This caused investors to flee risky assets for safe havens such as gold. The local bourse was especially hard hit, with banking and leisure stocks feeling the brunt of the pain. Banking stocks retracted as the rand went into free-fall and leisure stocks fell viciously on the assumption further lockdowns may be implemented, which will once again negatively affect the hospitality industry. From a global perspective, market participants are concerned that a more contagious variant may cause governments to tighten restrictions and economic activity. If the more infectious variant does bypass vaccination, it could lead to more stringent lockdowns that, in turn, may lead to an economic meltdown. Central banks across the world no longer have the flexibility in policy owing to inflationary pressures. A complex issue with many moving parts. – Justin Rowe-Roberts

By Quentin Webb, Suryatapa Bhattacharya and Joe Wallace of The Wall Street Journal

Stocks, oil prices and government-bond yields slumped after South Africa raised the alarm over a fast-spreading strain of the coronavirus, triggering concern that travel restrictions and other curbs will spoil the global economy’s recovery.

Futures pointed to losses of about 1.7% for the S&P 500 and 2.2% for the Dow Jones Industrial Average when the U.S. stock market opens for a holiday-shortened trading session Friday. Brent crude slid 5.9% to under $77 a barrel, putting the global energy benchmark on track for its biggest one-day loss since July, amid concerns that potential limits on movement could reduce demand for transportation fuels. Bitcoin skidded 7.4% to less than $55,000.

Investors reached for safe-haven assets, pushing yields on 10-year Treasury notes down to 1.517%, from 1.644% before the Thanksgiving break. Yields, which move in the opposite direction to prices, earlier fell to 1.505%, at which point they were on course for their biggest daily decline since the market panic of March 2020. Gold, another perceived store of value when riskier assets retreat, rose more than 1% to $1,812 a troy ounce.

The pullback created whiplash for markets that had, to a great extent, parked worries about coronavirus. Investors have instead been consumed with the possibility that an overheating economy would generate runaway inflation and push the Federal Reserve and other central banks to hoist interest rates.

Coronavirus fears returned to rattle markets Friday. Investors were worried that the variant, dubbed B. 1.1.529, could set back months of effort to revive the world economy and save lives. Scientists say the strain has a high number of mutations that may make it more transmissible and allow it to evade some of the immune responses triggered by previous infection or vaccination. 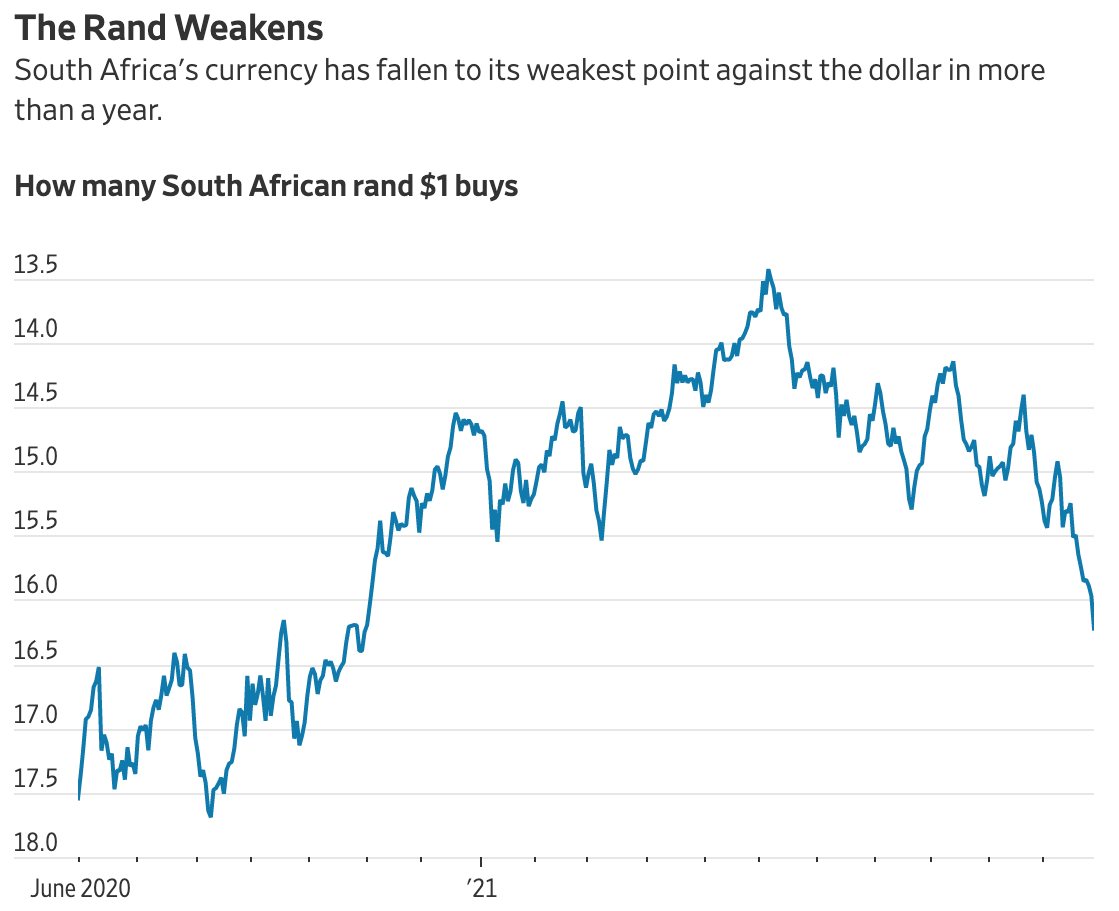 “For now, Covid is back on the table,” said Takeo Kamai, head of execution services at CLSA in Tokyo.

The World Health Organization is due to meet Friday to discuss whether the strain is a variant of concern. Rising caseloads of other variants have already led some European countries to tighten rules for transportation, shopping and workplaces.

Oil traders said money managers were rushing to unwind wagers that a mismatch between tight supplies and rising demand would push crude prices toward $100 a barrel. Traders said the price swoon made it likely that the Organization of the Petroleum Exporting Countries and a group of Russia-led allies would pause steps to pump more oil when they meet next week.

The U.K., Israel and Singapore were among the countries to restrict travel from southern Africa, and the European Union said it would propose stopping air travel from the region. The moves hit shares of airlines including Delta Air Lines, United Airlines and American Airlines Group, which dropped 7% or more ahead of the opening bell. Cruise stocks including Royal Caribbean Group were hammered.

Vaccine makers Moderna and Pfizer were among the winners in premarket trading, gaining 8.6% and 5.8% respectively. Oil producers Exxon Mobil and Chevron fell more than 4% each. Netflix, which benefited from stay-at-home orders the first time round, rose 2.3%. Market participants said moves across assets were likely amplified by thin trading volumes following Thanksgiving.

Money managers said mRNA vaccines such as those manufactured by Pfizer and Moderna can be quickly updated for new coronavirus strains, and businesses have adapted to containment measures, ensuring that the blow from each lockdown has lessened. However, elevated inflation could prevent central banks and governments from spraying economies with stimulus in the event of renewed widespread lockdowns.

“That’s the big cause for concern: Is policy able to respond and bail out markets and economies this time given inflation?” said Edward Smith, co-chief investment officer at the Rathbone Investment Management. Trouble in supply chains stemming from shutdowns could further boost inflation, he added.

Technology stocks wilted after Bloomberg reported that China had asked Didi Global to devise a plan to delist in the U.S. The Wall Street Journal has previously reported the ride-hailing giant was considering going private, partly to placate Chinese authorities, and that regulators in China had suggested it list in Hong Kong. Shares in SoftBank Group, whose Vision Fund is a major backer of Didi, fell 5.2% in Tokyo.