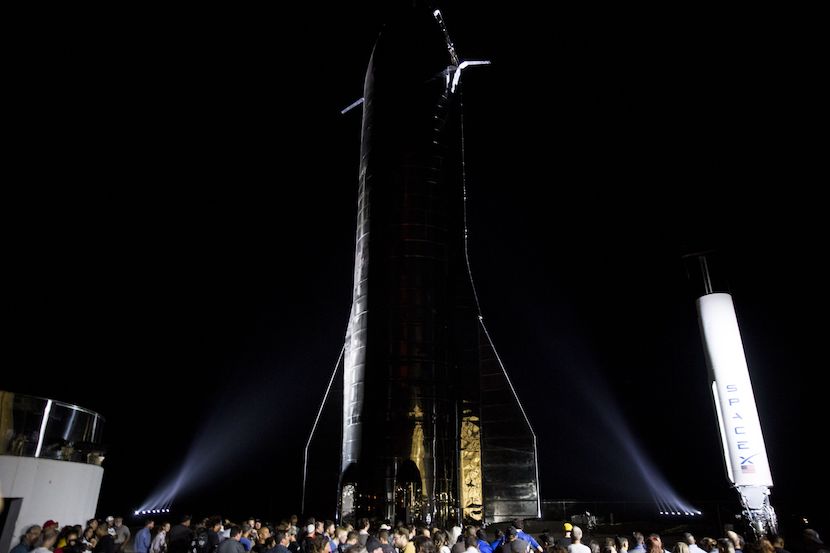 Elon Musk has been in and out of the news recently in relation to his proposed $44bn acquisition of Twitter, which has been put on hold owing to concerns over misrepresentation of the number of bots on the social media platform. The South African born entrepreneur’s green energy and automotive company Tesla has also been in the news, with a plummeting stock price and new developments in infrastructure with the Tesla Gigafactory in Austin Texas. However, some good news comes from Musk’s space exploration company, SpaceX. The group received a valuation 25% higher than it was a year ago, while the company continues its advance into space travel and global satellite internet. More in this article, which was first published by The Wall Street Journal. – Ross Sinclair

By Micah Maidenberg and Rob Copeland

SpaceX raised a fresh round of funding as the company led by Elon Musk pushes forward with multibillion-dollar projects and faces rising costs.

The company has raised at least $1.5 billion in its latest funding round, according to an investor. The financing values SpaceX at around $125 billion, the investor said. Last year, the company was valued at $100 billion, according to researcher PitchBook.

In addition, SpaceX is offering to buy shares from existing stockholders, giving current and former staff a chance to cash out.

A SpaceX spokesman didn’t respond to requests for comment.

SpaceX President Gwynne Shotwell told company staff in a subsequent email that she personally believed that allegations made against Mr. Musk were false. Neither she nor Mr. Musk, who also leads Tesla Inc. and has agreed to buy Twitter Inc., addressed whether a settlement was paid. Ms. Shotwell said in the email that SpaceX doesn’t tolerate harassment of any kind.

CNBC earlier reported on the latest funding efforts and the email from Ms. Shotwell.

The company’s capital-intensive efforts include Starship, the rocket system that Mr. Musk has said he wants to use for deep-space missions he envisions and for the company’s Starlink satellite-internet service.

Space Exploration Technologies Corp., or SpaceX, has been building out infrastructure for Starship at a site near the southern tip of Texas, and testing and manufacturing engines and other hardware for the vehicles. SpaceX wants to begin conducting orbital demonstration flights of Starship from the property, a proposal the Federal Aviation Administration is currently reviewing. In February, Mr. Musk said that SpaceX could also end up testing Starship from Florida.

Mr. Musk has described the development of the rocket system, which is meant to be fully reusable, as difficult and pointed to what he said were cost savings the company achieved on the engines that would undergird it.

SpaceX is also spending on Starlink, its unit that uses a fleet of satellites to power a broadband internet service.

The company said earlier this year that it now is capable of building up to 45 satellites per week, and has sought permission to send up tens of thousands of additional satellites. As of May, it had launched more than 2,400 of them, according to a recent filing with the Federal Communications Commission. The company also makes the terminals that allow users to obtain Starlink internet connections.

Mr. Musk said last year that SpaceX was likely to invest at least $5 billion and perhaps as much as $10 billion in Starlink, with ongoing investments after that.

As with other companies, SpaceX’s costs have climbed. The company recently boosted the price of user kits for Starlink and raised the monthly charge for the service to $110 from $99. SpaceX also increased prices for launches on its Falcon 9 and Falcon Heavy rockets.

Mr. Musk has said on Twitter that SpaceX and electric-vehicle maker Tesla are dealing with significant cost pressures related to raw materials and logistics.

SpaceX has also looked to keep adding staff, even as other companies take a more cautious approach on hiring, given current market conditions and investor views.

The company as of Monday evening listed more than 850 job openings on its website, ranging from software engineers to welders.

SpaceX has conducted several significant equity sales in recent years. The company sold almost $1.9 billion in equity in 2021, for example, according to filings with the Securities and Exchange Commission.