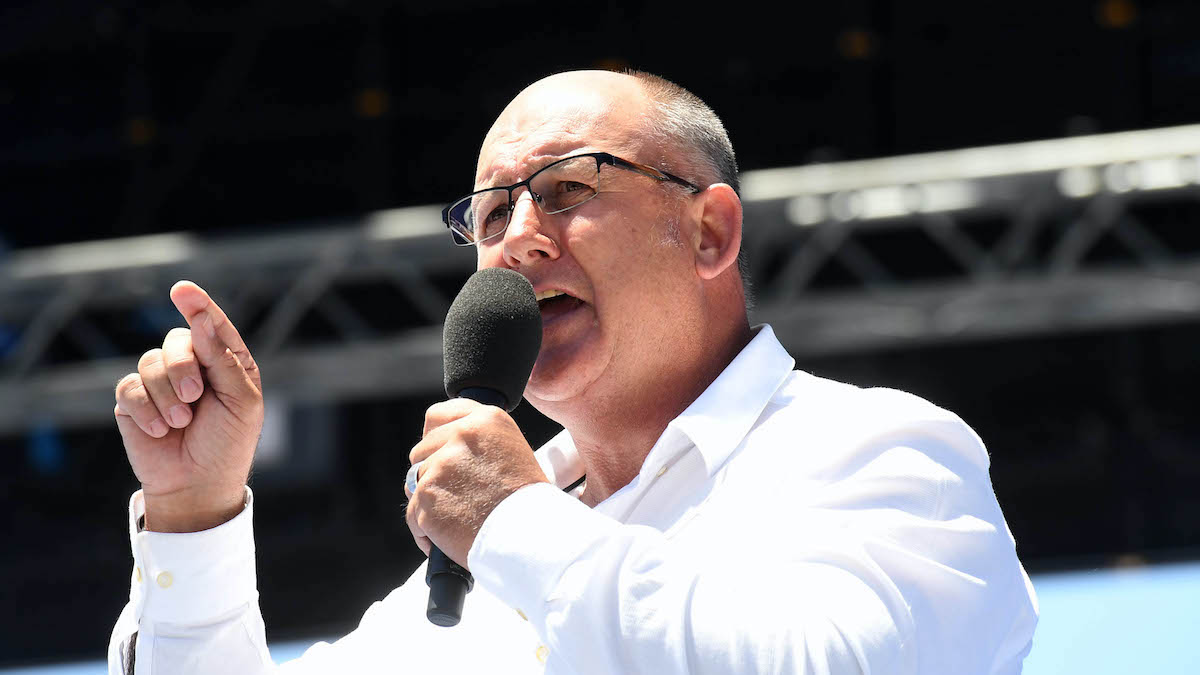 In this Q&A Athol Trollip from his ‘Old must die, so the new can be born’ speech responds to the comments made by Paul O’Sullivan, his belief that coalitions are South Africa’s future and how voters have the power to bring about change.

I think a lot of water is going to go under the bridge. I disagree fundamentally with a lot of what Paul O’Sullivan said last night. It sounded like he was protesting too much and defending the indefensible. And I do know that the definition of madness is if you continue doing the same thing over and over again, expecting a different outcome. So I think there are examples in South Africa that show that things can change and that South Africa can work when people work together. Now, I don’t think it’s a good thing to throw everyone in the same pot. It’s been tried in South Africa. It’s been a mess. I don’t mind the fact that there are different political organisations. I think it comes with checks and balances, but I believe it requires maturity to identify the problem. Applying meritocracy. Being pragmatic and being honest. And if we do those things in the correct measure, South Africa can work. And I do believe that coalitions can succeed. They are not easy. I mean, look at any country in the world that has had to deal with coalitions in the last 30 or 40 years, that is becoming the order of the day. It takes a lot of hard work. Some will fail. Some will succeed. But I think South Africa is ready for a coalition government, and I believe that can work. I’ve seen them work.

On the power of the voters

Well, first of all, voters have all the power. You’re making a mistake by saying voters don’t have power. You have all the power. How do you bring about change? Well, I gave you an example. I said Herman Mashaba is actually, say, contesting six municipalities. All six. The ANC is below 50%, in government in all six. It can happen. But you need to vote. You need to get involved, pick a side, and then support the side. But the thing is, you’ve got to get critical mass in politics to make a difference. Otherwise, it is a bit like urinating into the wind. So until you have a political organisation in this country that can attract political support across all communities, we’re not going to reach that critical mass. And then we’ll have the situation where the plethora of political parties that count the chips at the end of an election cobble together multi-party coalitions where transactional politics, self-serving transactional politics, is the order of the day. But we can fix that in two years. Pick a side. Get involved.

I think the South African youth are curiously disengaged in politics, which I find amazing because it was the youth that propelled the political change that came about in 1994. The youth have also become absorbed with instant self-gratification. There’s no longer this aspirational drive to get ahead, look after yourself, become independent. It’s all about instant gratification. And those children come out of our homes. And that’s the only way we’re going to fix that. You know, children catch values. They’re not taught quotes. So we are bringing up a generation of kids that are disengaged. They want things immediately. They live this self-absorbed life and they come out of our homes. So I think we really need to do better with our youth. Otherwise, we are going to lose another generation of youth. Personally, in my political time, I concentrated very, very strongly on young leadership. We were the only province in the Eastern Cape in my former political party that had a young leader’s programme, because you need to groom and train leaders and inspire young leaders for them to take up the mantle of leadership. It’s not easy and it’s not always very sexy. Young people want to get away with as little effort as possible and that is a concern to me.

On whether Independents will play a role in 2024

Potentially. Because, you know, there’s legislation being crafted now to make provision for independent candidates in the next election. I don’t know how it’ll work really without having a first past the post system, where you have defined constituencies where people are contesting the constituency. Because the one weakness about independents in the current political scenario is that you don’t get any proportional vote. So you only get to vote for one person. You don’t get to vote for a party as well. So yes, I have my reservations about it in the current system, but I really believe in independents and independence. Responsibility. I mean, we all must take responsibility for where we find ourselves. But, you mention the by-elections. It’s interesting to see three by-elections contested in ward 96 in Tshwane, which is a blue collar African community, primarily, with some black townships, small parts of them. They went from, I think about 12% to 23% in our first  by-election ever. In Soweto, in Ward 94 we went from 12% to 22%. And in the first by-election outside of Gauteng in Nelson Mandela Bay, in a place called KwaNobuhle, we went from 0 to 8%. Now 8% wasn’t stellar. I was disappointed. I was hoping that we’d get close to 15%. But if you extrapolate 8% across all ANC predominated wards in this country, we’re going to have a political revolution in 2024 with the ANC going to be voted out of power. And that’s really exciting. And the fact that the ANC is losing wards is good. The old must die for the young to be born.