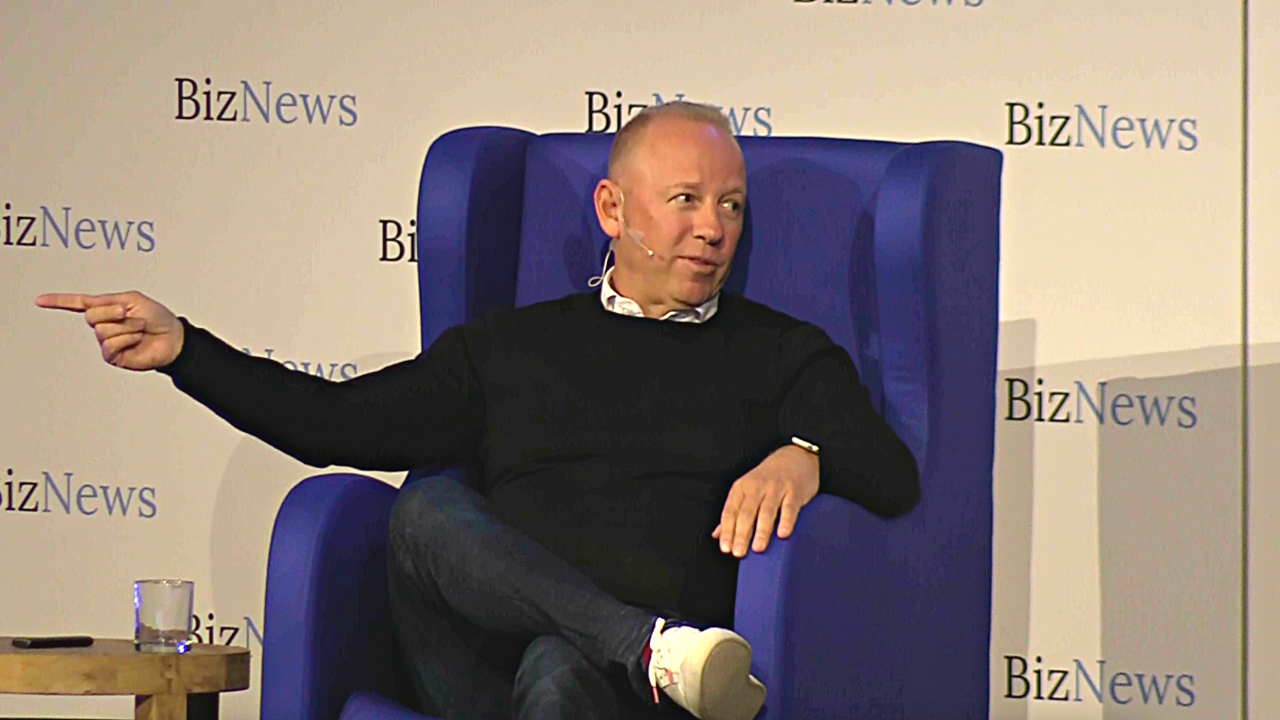 In this Q&A from BNC#4, Cy Jacobs shares his insights into investing, how 36ONE runs multiple funds, on performance fees, Warren Buffet, and cryptocurrencies. This Q&A was in preparation for Cy’s debate with Piet Viljoen.

It’s not often you get me and Piet agreeing on something, but in crypto we probably agree. There are people who know a lot more than us. There are very smart people in that. There’s a guy when I came into the industry, Heiko van Wyngaarden I’m not sure if you’ve heard that name. He used to run the biggest hedge fund in the country in the early 2000s. I’m not here to promote him, but he’s a very intelligent individual, and he spends his hours and days immersed in the world of crypto. So if anyone asked me, should I have money in crypto, I say, you know, take a percent, a couple of percent of your money, particularly if you’re wealthy and don’t need it. Almost like an insurance policy and park it with someone who’s a specialist. And that’s what I believe in.

On why he took such a flexible investing approach

I like to keep the range of opportunities very broad and that can be offshore, that can be local, that can be small cap, mid-cap, large cap. I don’t believe that at any particular point of a cycle and Piet recognised in fact as well that there are obviously cycles in the market. Different industries are going to perform well at different times. You have underlying macroeconomic factors like regulation, interest rates, currency moves, whatever it may be, you know, just general technology changes. And those are going to mean that certain businesses are better positioned than others and certain industries are going to struggle regardless. I mean, if you’re in a global recession, it’s very difficult for a resource company to really be doing well. If OPEC ups the amount of barrels they’re pumping and we’re in a recession, the oil price is going to be low, then why would I want to invest in an oil company?

So I think you have to look at the macro. And I know Piet would disagree and he would like to ignore the macro and maybe over a very long cycle, you can kind of ignore it and stocks will come and go, right? We like to time it, and I think we have proved that we can target. And you’re not always going to get it correct and right. Because obviously, something like the Russian Ukraine conflict emerged out of nowhere and, you know, spiked oil much higher than we had anticipated. There are always going to be events that are unpredictable. But on the whole, right now, we all in this room can say we’re in a heavily inflationary environment. The Fed has made it absolutely clear that they’re going to bring inflation down by pushing rates. And you can take those two facts and you can put them into various industries and various models, and you can work out which companies are now going to offer more value than others. There is a typical example straight away of tech companies that are long duration – they’re not going to make money, or predicted to make money, for many years, but now have huge debt on their balance sheet rates rise. The predictability of their making future cash flows is not as certain now. Therefore, Tech’s going to come down. So, like, you got to time it, you’ve got to play that. You’ve got to be less of a growth investor at the moment, more of a value investor. And luckily in the hedge fund, we can do both. We can actually go short growth, long, short, both. We can actually just short the whole world if we don’t like what’s going on. So I think to me, it is paramount effectively not to limit yourself to a particular strategy.

On when he cuts his losses in an irrational market

We don’t believe in stop losses, but very much believe in, you know, time is money. So a lot of these positions and I know Piet mentioned a couple now that you would buy, because there’s you know, they’re trading at big discounts and net asset values. You know, Remgro trades, for example, at a similar 40-45% discount to net asset value. And it’s more liquid than the other two names. And there are more catalysts in my mind to unlock that value. And the assets are a lot more secure than some of the assets in those other two businesses that he mentioned. So for me, I always want to understand where I can get out if I have to get out. For example, if oil collapsed tomorrow or HCI’s offshore projects weren’t doing so well, you know, those aren’t very liquid names like Sabvest and , we’ve got some serious assets under management, so I’m not so sure I would buy those, two. So for us, you know, it’s a day by day thing. I don’t actually really buy into the whole Buffett and intelligent investor thesis. it used to work decades ago before we had passive investments and ETFs and we didn’t have derivatives and we didn’t information changing daily and we didn’t have current volatility. Yes, you could buy Anglo, forty years ago and hold it for 20 years but I think that world has changed. And in fact, when we started at 36ONE, we were actually benchmark agnostic. So we told all our investors we are not interested in benchmarks. We’re interested in picking stocks bottom up. And what we realised over the last number of years is that it may work in the very long term, but the world’s become very different. And we actually changed our strategy to become much more benchmark cognisant. So if Naspers represents 10% in a benchmark and you were a long-only investor, and you’re trying to beat that benchmark, you want to have nought. You’ve got to understand you’ve got to have enough other stocks that are going to beat Naspers hands down. If not, you’ve got to have ten. And if you really like it, you might have to have 20. And we’ve changed the way we look at stuff in relation to those benchmarks.

On how performance fees should work

I think it really depends on the fund, to be honest. So, exactly in a situation where you’re running an SA equity fund which is benchmarked against the SA equity or capped SWIX index. If you can beat that, for example, by a certain amount of percent over a longer period of time, then yes, why not? Should you not be able to take a performance fee? There’s a lot of money going into the passive investor. In other words, the investment that’s tracking that index. If we’re able to produce that, we have done double that index over the last couple of years. Then if you want to be with us and you want that return and we feel quite assured that we feel confident in our ability to generate that return, then you’re welcome to come to us. But you’re going to pay a performance fee. If you’re a very large institution and you’re going to give us a few billion, you might be able to get a lower percentage of the performance fee and maybe have it capped. And in fact, all our funds, our retail funds generally capped the performance fee. So it’s not limited, unlimited, depending on how good your performance is. There is a cap to it. But I think it depends on the benchmark, you know, hedge funds, for example, hedge funds are based gains, cash, we’re always looking for an absolute return. But then we found institutions a number of years ago that said we’d lock a hedge fund based off how the market does. We said, Great, we will run you a hedge fund with a capped SWIX benchmark and charge performances only if we beat Cap SWIX. But then you need to understand that a cap SWIX benchmark fund is a fund that’s 100% invested in the market. Therefore, our hedge fund that’s trying to beat cap SWIX must also be 100% invested in the market, can have longs and shorts and be whatever, but it also must run at that type of exposure. So I think it’s a level of education that a lot of investors need to really understand. Performance fees, and to understand the appropriate performance fee. And I think Sean’s (Peche) right in many cases. Performance fees are really set inappropriately. I mean, setting a performance fee based on how your peers do – if we had done that, we would have earned substantially more performance fees. it’s just a matter of understanding the fund exactly, and what you’re trying to do.