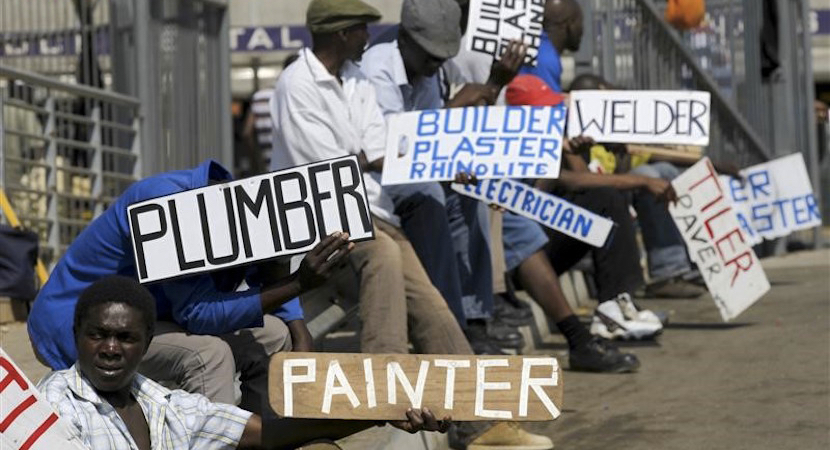 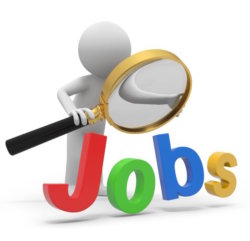 The unemployment rate was 27.2 percent compared with 26.7 percent in the previous three months, Statistics South Africa said in a report released on Tuesday in the capital, Pretoria.

The manufacturing industry lost the most jobs in the quarter, employing 105,000 less people than in the first three months of the year. Community and social-services, which includes the government, shed 93,000.

Africa’s most-industrialised economy is struggling to create jobs as it hasn’t expanded at more than 2 percent since 2013. For the past two years, more than one in four people in the workforce has been unemployed. Per-capita economic growth has turned negative, and South Africa has the highest income inequality among nations measured by the International Monetary Fund, the Washington-based lender said Monday.

In his previous role as deputy leader of the country, President Cyril Ramaphosa helped initiate talks with the private sector on a jobs program and in March the country announced a Youth Employment Services pact that will offer 1 million young people paid internships over the next three years.

Here are some highlights from the statement:

SA unemployment rate rose sharply to 27.2% in Q2 2018, with the economy losing 90 000 jobs in the qaurter. Number of discouraged workers also noticeably high and at record levels

Stats SA released the Labour Force Survey (LFS) for Q2 2018 today. The LFS is a quarterly household survey specifically designed to measure the dynamics of employment and unemployment in South Africa, including the informal sector as well as small-scale subsistence farmers. The following is a summary of the key trends in the labour market as at Q2 2018 (see charts attached for further information). 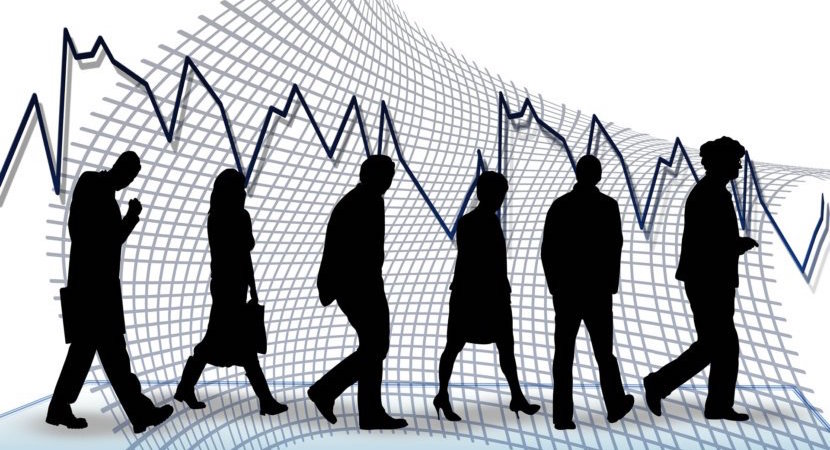 The Q2 2018 deterioration of the unemployment rate is consistent with the overall performance of the South African economy (SA GDP declined by a shock -2.2%q/q in Q1 2018 and is likely to record very modest growth in Q2 2018). It is extremely concerning to see that the formal sector employment is still well below the increase in the working age population and the number of discouraged workers is on the rise. This will lead to a further increase in social tension and sluggish tax revenue collection.

Overall, South Africa’s labour market has failed to gain any meaningful traction over the past few years with the unemployment rate (especially for the youth) remaining exceedingly high by global standards. Fundamentally, this reflects the lack of fixed investment spending by the private sector, as well as the sustained low business confidence. Furthermore, the high rate of unemployment contributes to much of the social tension and anguish experienced in South Africa on a daily basis, especially among the youth. Increasing employment in South Africa has to be the number one economic/political/social objective, and can only be resolved meaningfully through a concerted and sustained effort to improve skills development as well as encourage private sector fixed investment spending, business development and entrepreneurship.