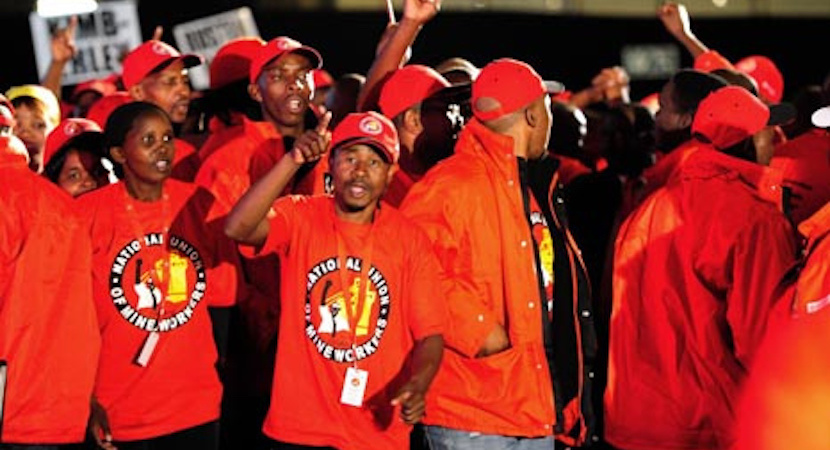 (Bloomberg) – Eskom Holdings SOC Ltd. said it will cut 3,000 megawatts of power from the South African grid from 8am until 11pm on Wednesday, marking the fourth consecutive day of such measures.

The state-owned power utility, which supplies more than 90% of the country’s electricity, is implementing the rolling blackouts due to a shortage of generating capacity, Eskom spokesman Khulu Phasiwe said via Twitter. Water and diesel emergency reserves are “still very low” and the nationwide strike that unions have planned for Wednesday may further impact operations, Eskom said in a statement late Tuesday.

Maintenance workers brought online four generating units with a total capacity of 1,675 megawatts Tuesday, and are expected to bring back an additional 600 megawatts Wednesday, the utility said in the statement.

Eskom, which is projecting an annual loss of R20bn ($1.45bn) and faces a debt burden of more than R400bn, has been at the centre of a corruption scandal and identified as the single biggest risk to the South African economy. President Cyril Ramaphosa has said it will be split into three units in an attempt to rescue the utility.

(Bloomberg) – South Africa’s biggest labour federation will embark on a nationwide protest on Wednesday that will keep teachers, policemen, miners and workers at embattled power utility Eskom Holdings SOC Ltd. away from their posts amid a fourth day of rolling blackouts.

The National Union of Mineworkers – an affiliate of the Congress of South African Trade Unions that represents workers from the mining, energy and construction industries – is expecting more than 100,000 people to take part in the strikes, said NUM spokesman Luphert Chilwane. Cosatu has 1.6m members and protests are due to start from 9am, while a second strike will be held in Cape Town on Feb. 19 ahead of the presentation of the national budget by Finance Minister Tito Mboweni.

“I can tell you that the Eskom workers are very angry, so we are expecting thousands of them to take part in the strike,” said Chilwane. “Our expectations is that our members will come out in numbers because the NUM is the union most affected by the job losses.”

Eskom said it will cut 3,000 megawatts of power from the South African grid from 8am until 11pm on Wednesday. Unions are also opposing a plan announced by President Cyril Ramaphosa to separate the utility into three units, citing potential job losses.

“The national shutdown is under way,” Cosatu spokesman Sizwe Pamla said by phone. “Workers from all sectors of the economy in the private sector and public service are on board and we will be marching to the legislature and the Chamber of Mines.”

Cosatu is in an alliance with the ruling African National Congress and the South African Communist Party.