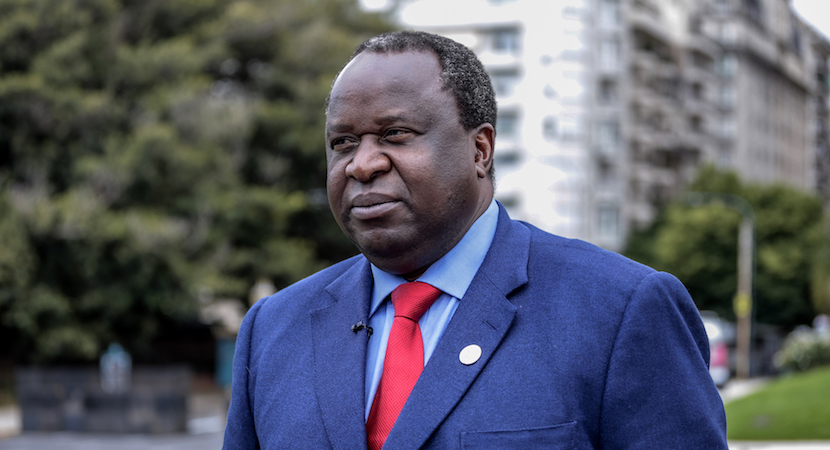 CAPE TOWN — Finance Minister Tito Mboweni is determined to affirm Moody’s investment grading for South Africa by lobbying for local policy certainty and getting the ships in our shaky SOE fleet watertight and back on course. Credibility seems to be the key word, both in SA’s reputation and the ability to regain fiscal health so we can attract both investment and partnerships to set foot on the long road to recovery and accelerated growth. Mboweni doesn’t dare to predict how long this will take – a smart move when it comes to his personal credibility which he recently boosted by slashing economic growth forecasts. His frank warning that government debt has yet to peak illustrates just what a tightrope he has to walk between balancing the prospects of recovery with the harsh reality of the Zuptoid legacy. His job now is to simply walk the talk – and he’s begun well. The markets simply won’t buy rhetoric and empty promises. – Chris Bateman

(Bloomberg) – South Africa’s government is prioritising regaining an investment grade rating on its debt as part of its plans to revive a stagnant economy, Finance Minister Tito Mboweni said.

Moody’s Investors Service is the only one of the three major credit-rating companies that still assesses South Africa’s debt at investment grade. S&P Global Ratings and Fitch Ratings Ltd. cut their assessments to junk during former President Jacob Zuma’s tenure which was characterised by political uncertainty due to multiple cabinet reshuffles and corruption scandals.

“It’s priority number one because we have to get out of the status that we are in and back to proper investment grading and we are working hard at this,” Mboweni said in an interview with Bloomberg TV on the sidelines of the G-20 meeting in Argentina on Saturday. “The change will happen because of the things that we need to do ourselves.”

While Mboweni said he is not sure how long it will take to recover investment-grade status, the main focus for government needs to be on enhancing policy certainty and credibility, lowering debt and showing restraint in fiscal support for struggling state owned companies. Both the state-owned airline and power company are currently struggling to service their debts.

“We need to demonstrate action around the fiscal stance and the budget standpoint of South Africa and show that we are taking steps to reduce the debt that is accumulating,” Mboweni added. “We need to take serious steps to show that we are moving to restructuring the economy and reigniting growth.”

Credit ratings agencies have flagged slow economic growth, embattled state companies and high debt levels as key risks to the country’s debt rating. Mboweni slashed economic growth forecasts in half for 2018 to 0.7% in his maiden mid-term budget in October after the economy plunged into a recession in the first half of the year. He also said government debt will peak later and at higher levels than previously anticipated. Gross domestic product hasn’t expanded at more than 2% annually since 2013 and unemployment is at 27.5%.

“When we do these practical things, I think the ratings agencies will look at us and say these folks are back in business,” he said.