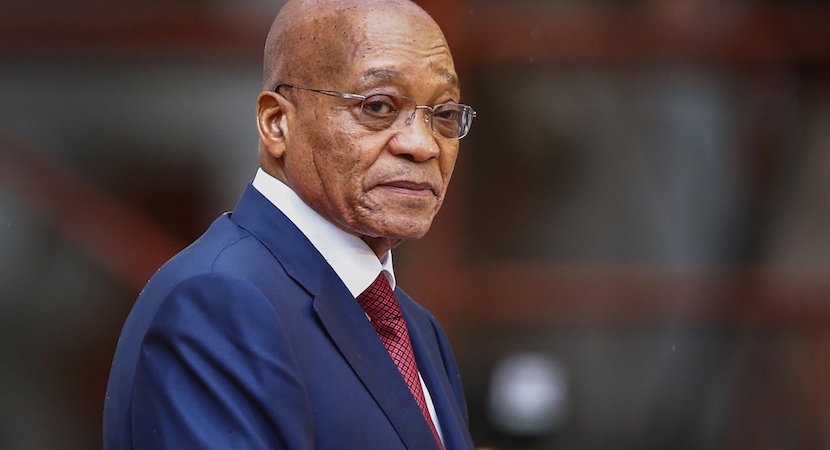 (Bloomberg) – A spy unit established when Jacob Zuma was South Africa’s president employed tactics to neutralise anti-government groups and undermine Cyril Ramaphosa’s campaign to lead the ruling African National Congress, according to a government report on the State Security Agency.

The unit was deployed ahead of a January 2016 party meeting in Rustenburg to “impede distribution” of officials’ uniforms and block routes for “dissident groups from Gauteng Province,” according to the 101-page report. The unit “had largely become a parallel intelligence structure serving a faction of the ruling party and, in particular, the personal political interests of the sitting president of the party and country.”

Ramaphosa, 66, in June established a high-level review panel with 10 members, headed by former minister Sydney Mufamadi, to investigate and review the intelligence services over the past 10 years. Zuma was ousted by his own party before the end of his second term.

Since replacing Zuma, Ramaphosa has vowed to tackle corruption, improve investor sentiment and raise $100bn in investment over five years to help revive an ailing economy, which expanded 0.8% in 2018, according to Statistics South Africa. He also established a judicial commission to probe alleged looting of state funds and undue influence at state owned companies and government departments during Zuma’s terms in office.

The unit also actively sought to neutralise the insurgency against Zuma’s administration, the report said. It infiltrated the media and created fake news through a political campaign in the 2016 local government elections.

The unit’s operation included, “infiltrating and influencing the media in order, apparently, to counter bad publicity for the country, the then president and the SSA,” according to the report.