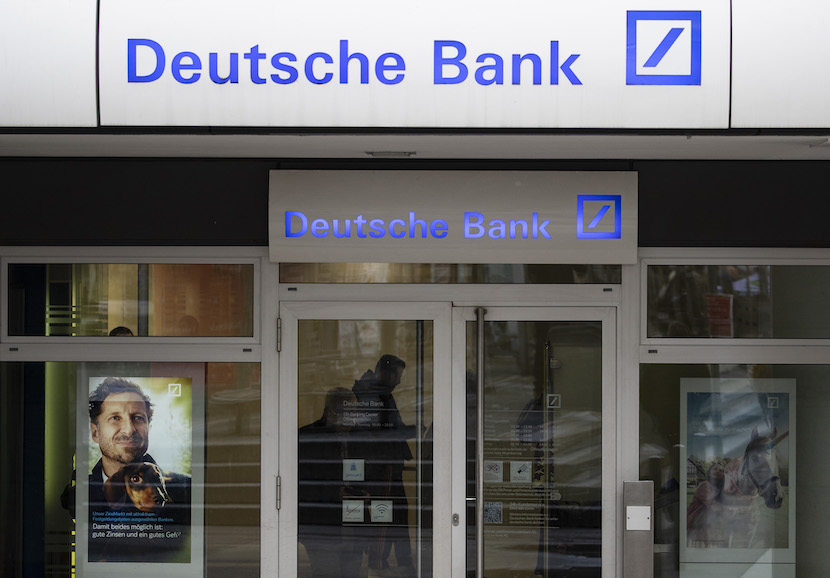 (Bloomberg) – Deutsche Bank AG and Commerzbank AG have ended talks on a tie-up that would have combined the two largest publicly traded banks in Germany.

The lenders – both based in Frankfurt and 150 next year – were set up to support German companies trading around Europe and beyond. The German government still views that role as crucial and favoured a merger.

Here’s a timeline of key events that show how the banks got here.

How it all started

1870: Deutsche Bank is founded in Berlin by a group of private bankers who want to create an alternative to UK banks that dominate the financing of trade. A group of merchants and bankers in Hamburg have a similar goal when they found Commerz- und Disconto-Bank. Over the coming decades, the banks play a crucial role in funding the development of German industries from electrical engineering to chemicals.

1914: German newspaper “Frankfurter Zeitung” reports that Deutsche Bank is the world’s biggest bank. World War I temporarily cuts off economic globalisation and forces both banks to focus on their home country.

1929: Commerz- und Privat-Bank combines with Mitteldeutsche Creditbank while Deutsche Bank ties up with its biggest competitor, Disconto- Gesellschaft in October of that year. The same month, the New York stock market crashes, presaging the Great Depression.

1939-46: The banks take advantage of Germany’s aggression against other countries to open branches and acquire competitors in occupied territory during World War II. Deutsche Bank also plays a key role in helping the German Reich fund itself by purchasing gold from the Reichsbank and selling it in Istanbul. Some of that gold came from Holocaust victims, although studies have shown there isn’t a definitive answer to whether the bank knew that.

1957-1980s: Deutsche Bank is reformed and prepares to return to its role of international financier. The following year, Anglo American Corporation of South Africa taps the bank to float the first foreign bond on the German capital market since 1914. The banks support Germany’s economic boom with everything from helping Volkswagen AG and other companies sell shares to financing the country’s energy imports. In the 1970s and 1980s the banks expand internationally, open branches across the globe and buy competitors.

1989-1999: Deutsche Bank moves in 1989 to acquire London-based Morgan Grenfell to become a global investment bank. It’s the first big step in an aggressive two-decade expansion that will come back to haunt the firm after the financial crisis. In 1999 it acquires Bankers Trust Corp. to expand in the US and briefly becomes the world’s biggest financial services company. Goldman Sachs banker Paul Achleitner advises.

2009: Commerzbank taps Germany for a second bailout. The bank receives a €10bn capital injection and hands the state a 25% stake in the company.

2011: Europe’s sovereign debt crisis is raging and Commerzbank takes about €2.2bn of writedowns on its holdings of Greek bonds.

September 2012: Jain presents his strategy for Deutsche Bank. It consists largely of committing to investment banking to benefit from the exit of the bank’s competitors. He seeks to avoid diluting shareholders with a capital increase.

2013: Jain reverses course on part of his plan and taps investors for almost €3bn to lift the bank’s capital levels.

2014: Deutsche Bank taps investors including a member of the Qatari royal family to raise €8.5bn of capital. Jain describes his firm as the only “ significant European global firm left standing’’ in investment banking, but has already started to cut back in some businesses, like commodities trading. That will accelerate.

April 2015: Deutsche Bank is fined $2.5bn for its role in manipulating Libor, more than any other bank. Regulators say the amount would have been lower if Deutsche Bank had cooperated better. The matter undermines Jain because it originated in the investment bank. Stricter capital requirements are hurting Deutsche Bank’s ability to lift returns and Jain presents an update of Deutsche Bank’s strategy. The bank plans to shrink some investment banking businesses like repos and long-dated uncleared derivatives and sell Postbank. Commerzbank plans a dividend for 2015, the first since the payout for 2007.

June 2015: Achleitner replaces Jain with John Cryan, a Deutsche Bank supervisory board member and former chief financial officer at UBS Group AG. Fitschen stays on for less than a year to help smooth the transition.

October 2015: Cryan announces deeper cuts to the investment bank as well as a 11,000 job reductions. He calls out former management for not doing enough to improve Deutsche Bank’s controls against misconduct and the quality of its information technology. He also signals opposition to another capital increase.

Summer 2016: Deutsche Bank and Commerzbank are said to discuss a potential merger. The talks eventually fell apart and the lenders embark on their respective restructurings.

2016 October: Commerzbank maps out a course to lift profitability by 2020 with aggressive client growth. At the same time, Zielke announces plans to exit much of the firm’s investment banking business and merge the remainder with its corporate-client unit. The bank also sets a goal of eliminating 9,600 jobs and suspends the dividend again to shoulder the restructuring costs.

Fall of 2016: Deutsche Bank investors and clients are spooked after the company confirms that the US Justice Department is seeking $14bn to settle an investigation into its role in the sale of mortgage-backed bonds that helped cause the 2007 US housing market meltdown and ensuing financial crisis. The shares drop to the lowest on record. The bank eventually settles for less than half that amount, but has trouble regaining lost clients.

March 2017: Deutsche Bank seeks to rebuild confidence in its financial strength with an €8bn capital increase and plans to sell assets.

July 2017: Cerberus Capital takes a 5% stake in Commerzbank, making it the second-biggest shareholder. Four months later, the investor discloses a 3% stake in Deutsche Bank. Speculation abounds as to whether Cerberus plans to orchestrate a merger.

September 2017: Commerzbank attracts suitors from across Europe and beyond. UniCredit SpA and BNP Paribas SA are said to have been in touch with the German government to indicate interest in the lender.

February 2018: Deutsche Bank reports the lowest revenue in seven years for the fourth quarter of 2017 and scraps a target for 2018 costs, adding to doubts that Cryan’s turnaround effort is working. Commerzbank plans to pay a dividend again and says investors support its strategy.

April 2018: Achleitner replaces Cryan with Christian Sewing. He stakes his reputation on achieving cost reduction targets and scales back Deutsche Bank’s ambition to compete with Wall Street banks in favour of a bigger focus more on Europe.

May 2018: Deutsche Bank says it will cut at least 7,000 jobs, including in its equity trading business, as Sewing acts on his pledge. 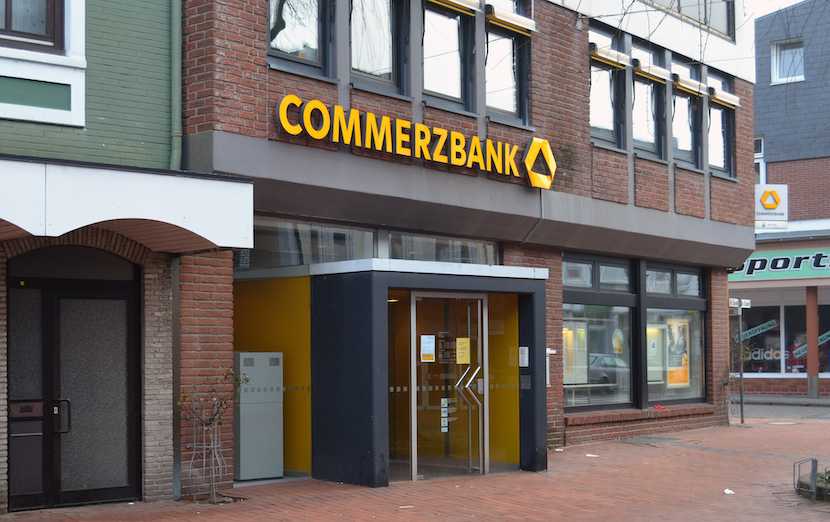 September 2018: Bloomberg reports that a possible merger of Deutsche Bank and Commerzbank has won the backing of German officials who are seeking a new champion.

November 2018: Deutsche Bank shares hit another record low amid concern over the lender’s involvement in the Danske Bank A/S money laundering scandal. Deutsche Bank offices are raided in connection with the Panama Papers.

January 2019: Sewing says the worst of Deutsche Bank’s legal cases are behind it, but the bank is running out of time to restore revenue growth and convince investors.

February 2019: Commerzbank gives up most of its financial targets for 2020 after cutting an ambitious goal for revenue growth.

March 2019: Deutsche Bank and Commerzbank officially announce intensified talks on a possible merger after Sewing gives up his earlier resistance to such a move. As the discussions deepen, employee representatives at both lenders express growing opposition to the merger, saying the risks would outweigh the advantages.

April 2019: Deutsche Bank starts working on an alternative strategy to present to investors if the takeover talks collapse.

April 25: The two banks announce that the talks have ended.