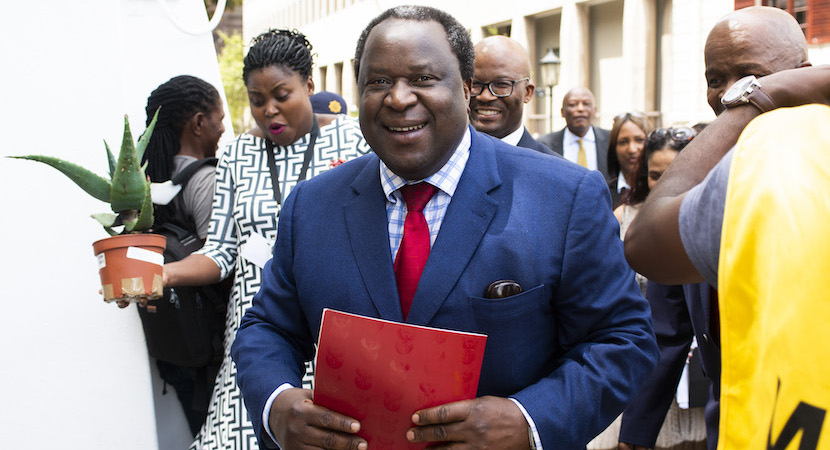 By Amogelang Mbatha and Paul Vecchiatto

(Bloomberg) – South African Finance Minister Tito Mboweni is on the ruling African National Congress’s list of elected lawmakers, increasing chances that he could remain in his cabinet post.

Mboweni is number 22 on the ruling party’s list of 230 members of parliament that was published in the Government Gazette on Wednesday. Lawmakers are due to be sworn on May 22 and will then officially elect the president, in this case ANC leader Cyril Ramaphosa.

While Mboweni has only been in his post since October, he hinted in a recent radio interview that he may not remain for long. Becoming a lawmaker would suggest he isn’t returning to the private sector yet.

Also read: Gloves off: Cosatu squaring up against Mboweni

If Ramaphosa keeps Mboweni in his post it may be viewed as positive by investors counting on the former central bank governor to help to steer the nation’s finances after debt accumulated rapidly under former President Jacob Zuma’s administration.