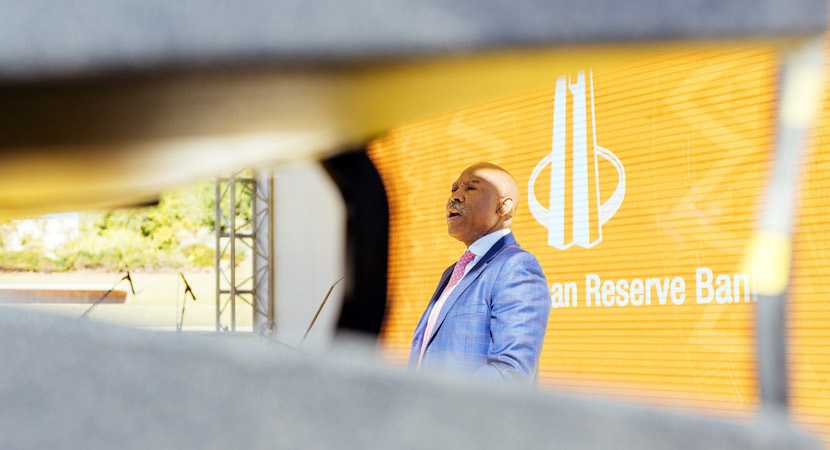 Speaking in interview Tuesday hours before the ruling African National Congress said it has asked the government to explore “quantity easing” to eliminate debt and raise funds for development, Kganyago said the central bank won’t consider stepping in because it will require printing cash. It’s also prohibited by law to undertake unsecured lending, he said.

“Where does the central bank get the money?” Kganyago said in the capital, Pretoria. “We’ll have to print it,” for state companies to spend it in an economy where there’s a lot of money “chasing very few goods, and that is the classic definition of inflation. It will not take long for inflation to really tick up,” he said.

At least seven state companies are “either on their knees or touching carpet,” Public Enterprises Minister Pravin Gordhan said in February. This is after years of mismanagement and alleged corruption. Eskom, which has more than $30bn in debt, is the biggest threat to the South African economy, according to Goldman Sachs Group Inc.

Bailouts by the Reserve Bank won’t work “because then not only would you have monetised the deficit, you have now sucked the central bank into making fiscal decisions,” Kganyago said. “It is not something that central banks are designed to do.”

The Reserve Bank, which seeks to anchor price-growth expectations close to the 4.5% mid-point of its target range, has faced criticism from labour unions and some political parties in the past for not taking policy decisions to help boost economic growth and job creation. Tuesday’s announcement by the ANC suggest that these demands may become even more far-reaching.

“The South African version of modern monetary theory goes something like ‘the central bank can just take over the debts of the state-owned enterprises and make it disappear and then we are happy’ kind of thing,” Kganyago said. “Fortunately, there are sober heads in the Treasury so that doesn’t come up but that doesn’t stop the fringe from talking about it.”