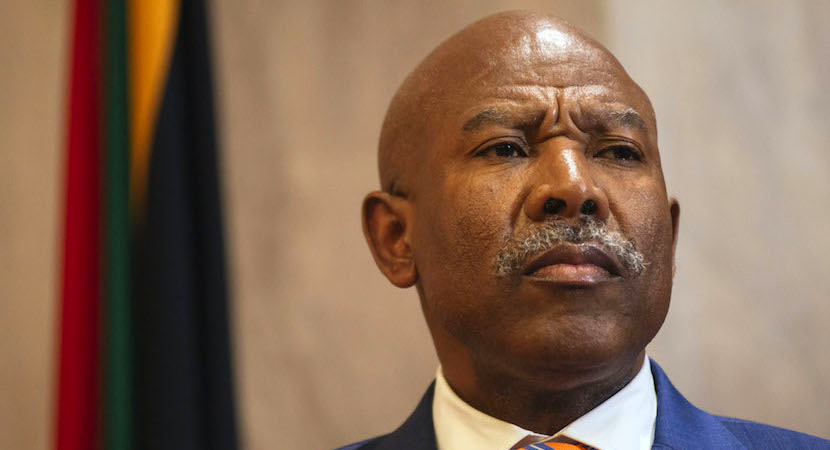 JOHANNESBURG — Reserve Bank Governor Lesetja Kganyago isn’t scared of voicing his opinion. The governor, who is highly respected among his global peers, has once again spoken of the dangers of populism. He’s warned that it’s time that SA politicians play the ball rather than the man and look to how the country can generate proper economic growth, rather than wasting time debating pointless issues like nationalising the Reserve Bank. – Gareth van Zyl

(Bloomberg) – South Africa spends too much time debating populist issues such as the proposed nationalisation of the central bank, instead of focusing on steps to boost the economy, Reserve Bank Governor Lesetja Kganyago said.

“We have spent too much of the year indulging in populism instead of making pragmatic choices,” Kganyago said in in the foreword to the central bank’s Monetary Policy Review released Monday in the capital, Pretoria. “A particular concern for me has been the amount of time we have squandered discussing Reserve Bank nationalisation.”

The ruling African National Congress decided in December it would pursue changes to the nation’s constitution to make land expropriation without compensation easier and that the Reserve Bank should be state-owned, like most other central banks. In August, the radical Economic Freedom Fighters political party, which has won support by vowing to nationalise everything from land to banks, tabled a bill to change the ownership of the Reserve Bank.

“No one can explain what South Africa will gain from this step, or why it would justify the potential costs” of nationalising the central bank, Kganyago said. “Clearly this subject excites some passion, so we keep talking about it, but it is the wrong priority. If we are serious about South Africa’s economic performance, we need to be more focused in our agenda-setting.”

Africa’s most-industrialised economy hasn’t expanded at more than 2 percent annually since 2013 and fell into a recession in the second quarter. Without the appropriate reforms, growth is likely to stay muted, according to the Monetary Policy Review.

President Cyril Ramaphosa announced a stimulus plan to boost growth and pledged to attract $100 billion to the economy in the next five years. Since announcing this in April, China, the UK, the UAE, Saudi Arabia and Daimler AG’s Mercedes-Benz unit have pledged $35.5 billion. At an investment summit last week companies promised almost $20 billion.

“If the amount can be delivered, it will actually have a massive impact,” Kganyago said at a forum after the release of the policy review. “Is this amount achievable? I do not know, but there is nothing wrong with being ambitious.”

While the large budget deficit could help boost domestic demand, tax increases that were announced in February may have the opposite effect, the central bank said.

“Given this mix of stimulatory and contradictory elements, fiscal policy is perhaps best described as having one foot on the brake and the other on the accelerator,” it said.