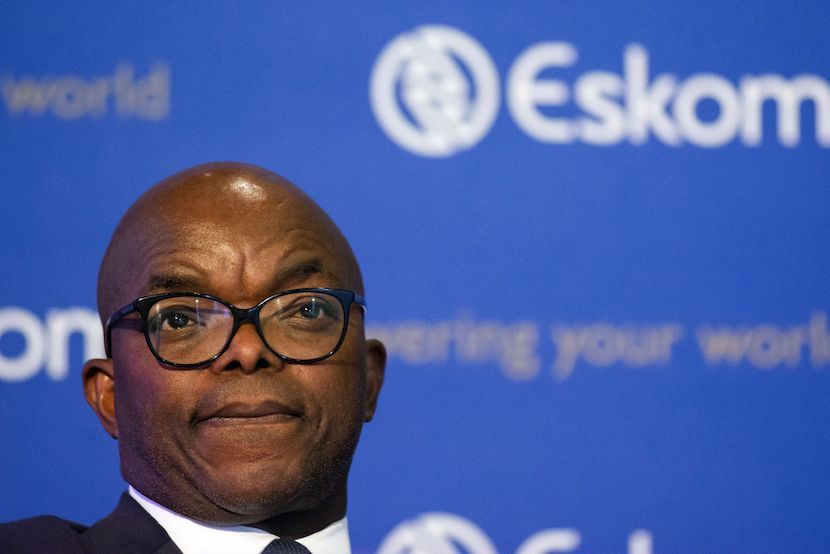 (Bloomberg) – Eskom Holdings SOC Ltd., South Africa’s debt-ridden power utility, reported a record annual loss of R20.7bn ($1.46bn), but its dollar bonds rallied on optimism that it is starting to stem the bleeding.

Eskom’s loss for the year through March widened from R2.3bn the year before as power sales generated insufficient income to cover its operating costs and interest payments. The utility, which generates about 95% of the nation’s electricity, had amassed net debt of R430.8bn at the end of the financial year and the government is giving it a R128bn bailout over the next three fiscal years to keep it afloat.

Still, the loss was lower than expectations, after Anton Eberhard, who sits on a government team that’s advising on a rescue plan for Eskom, told a conference in Lisbon last month the company lost at least R25bn.

The rand fluctuated between gains and losses, while yields on Eskom’s dollar bonds fell for the first time in seven days, with the rate on debt due 2021 dropping four basis points to 5.83% by 3:13pm in Johannesburg.

While the results were expected, they were nonetheless “unfavourable,” Eskom Chairman Jabu Mabuza told reporters at the party’s headquarters in Johannesburg on Tuesday.

Revenue rose 1.4% to R179.9bn, while primary energy costs surged 17% to R99.5bn. The utility expects its losses for the current financial year to be similar to the previous one and that the cash it generates from operations won’t be sufficient to service debt, leaving it reliant on continued government support.

The release of the results comes on the eve of Phakamani Hadebe’s departure as chief executive officer – he announced he was quitting two months ago because he said the “unimaginable demands” of the job were taking a toll on his health. Mabuza will also take on the role of acting CEO while a permanent replacement is sought, a process the utility said will be concluded within three months.

The delayed appointment, along with the stalled announcement of a chief restructuring officer to oversee plans to split Eskom into three operating units and restructure its debt, illustrates the difficulties the government has faced in recruiting suitably qualified and politically acceptable candidates to turn the utility around.

Besides not selling enough power, Eskom has thousands more workers than it says it needs and is confronting massive cost overruns at two new partially completed coal-fired plants. The nation’s powerful labor unions, which played a key role in helping President Cyril Ramaphosa win power, oppose staff cuts and breaking it up into generation, distribution and transmission units under a state holding company, fearing that will be a precursor to privatisation.

Hadebe said Eskom was one of only three of the world’s 15-biggest power utilities that were centrally run and it should have been broken up as early as 1998. He also lamented that Eskom had failed to secure the cost-reflective tariff increases it had requested, was battling to collect R22bn in outstanding debts from municipalities and was losing customers who were moving off grid as power prices rose.