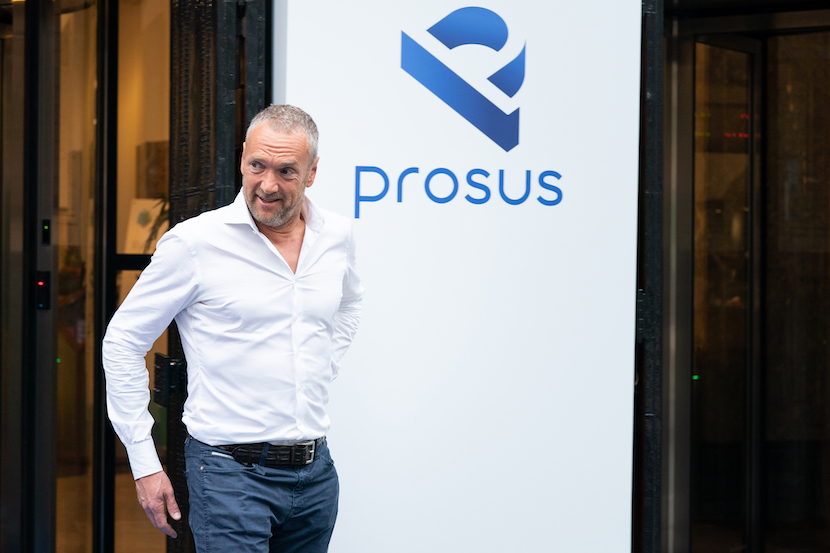 Prosus NV, as the new company is known, jumped as much as 32% above its reference price in early trading to value the group at around €125bn ($138bn), vindicating Chief Executive Officer Bob van Dijk’s decision to seek a move away from Johannesburg.

The move to Euronext is “to facilitate our next phase of growth,” Van Dijk said in an interview with Bloomberg TV just after the market opened. Prosus’s classified-ads business is the largest in the world, while the group also sees fast expansion in internet payments, food delivery and the online trading in second-hand goods, he said.

Naspers is retaining a 73% stake in Prosus, and will keep hold of South African businesses including the newspapers that form the basis of the company’s origins a century ago. Its stock rose in Johannesburg, trading 3.2% higher as of 10:03am local time.

Van Dijk planned the move to ease the company’s dominance of Johannesburg’s stock exchange and attract more international investors to what’s become a global group. The Cape Town-based company has long been valued at less than its $128bn Tencent stake, and a key reason for the Prosus spinoff is to narrow that gap.

Prosus shares declined slightly from their early surge. The value toward the end of the company’s first hour of trading was €119bn, or very close to the value of the Tencent stake. However, other listed assets, including a shareholding in Russia’s Mail.Ru Group Ltd., mean the firm is still trading at a discount to the sum of its parts.

“Naspers has been looking to unlock value in the steep discount applied to its Tencent holding and the successful listing of Prosus today has certainly gone some way to achieving that target,” said Neil Campling, an analyst at Mirabaud Securities. “Prosus is not only the Tencent holding though.”