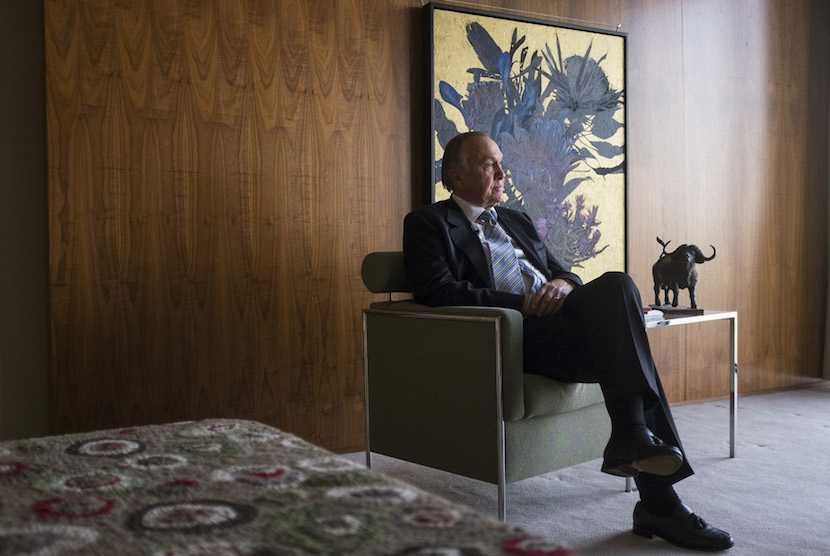 (Bloomberg) – Shoprite Chairman Christo Wiese will retire from Africa’s biggest grocer by next year’s annual general meeting, putting an end date on a tenure that has spanned almost three decades.

The move follows the former billionaire’s controversial re-election earlier this month, when his superior voting rights carried him over the line even as a majority of ordinary shareholders opposed the reappointment. Shoprite has started the search for a successor and will look for an independent candidate, the company said Friday in a statement.

The decision brings clarity to the future makeup of Shoprite’s board after a backlash against Wiese, whom investors have assailed for holding too much power. The Cape Town-based company had attempted to curb his influence earlier this year, but shareholders blocked the move, which would have incurred an estimated R3.3bn ($224m) bill for compensation.

Shoprite responded to the unorthodox means by which Wiese was returned as chairman with a pledge to put together a succession plan. That was held back as Shirley Zinn, the lead independent director, resigned on Nov. 7, citing personal reasons. She will be replaced by Anna Mokgokong of Community Investment Holdings, according to Friday’s statement.

“The board is of the view that, in line with good corporate governance, the next group chairperson should be independent,” a view Wiese supports, the company said in the statement.

The impending departure from the company by Wiese, 78, continues the gradual winding down of the career of one of South Africa’s most successful retail entrepreneurs. His fortune was eroded considerably by the 2017 near collapse of Steinhoff, where he was chairman and top investor.

Brait SE, an investment group in which Wiese is the largest shareholder, has almost halved in value this year due to struggles at New Look, a UK clothing retailer acquired in 2015.

Wiese’s net worth is about $745m, according to the Bloomberg Billionaires Index, and had earlier reached $5bn.

Shoprite shares gained 0.8% by the close in Johannesburg, paring the year’s decline to 29%.