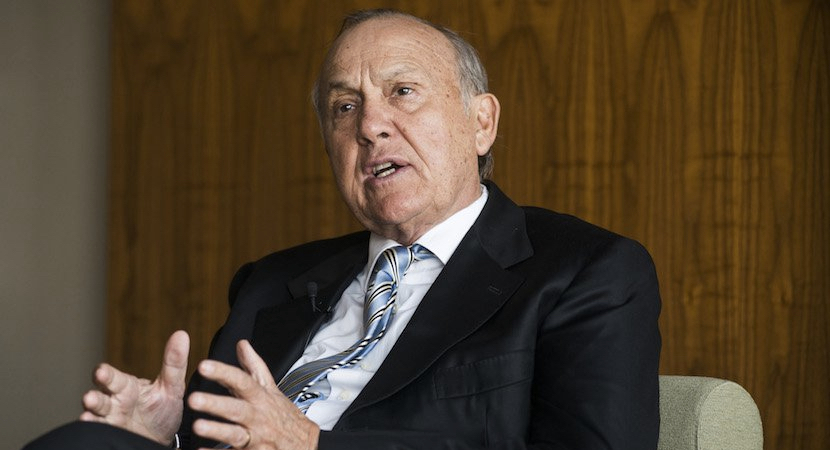 JOHANNESBURG — Shoprite is looking to level the playing field for its shareholders as it’s in a bid to get billionaire Christo Wiese to relax some control over the company by giving up his extra voting rights. While Wiese remains among South Africa’s most wealthy, he’s had a rough time of late with the debacles at Steinhoff and the cloud that continues to hang over that company. Wiese, himself, is also suing Steinhoff for R59bn. It will be interesting then to see how Wiese responds to Shoprite’s bid to loosen his influence on the company. Either way, the market has reacted positively to the news with Shoprite’s share price up just over 4% on Tuesday. – Gareth van Zyl

(Bloomberg) – Shoprite Holdings Ltd. is in talks with billionaire Chairman Christo Wiese about giving up his extra voting rights in Africa’s biggest grocer, a move that would simplify the share structure and help to empower smaller investors.

Wiese’s Thibault Square Financial Services controls almost a third of the votes at the Cape Town-based company through deferred shares, which carry greater influence than ordinary stock. Shoprite is negotiating to buy or redeem and cancel them, the retailer said in a statement on Tuesday.

“We view this as a positive step for Shoprite as there will be an equalisation of the voting rights,” Pratish Soni, an analyst at Avior Capital Markets in Cape Town, said in an email. An agreement to purchase Wiese’s stake may come at a high cost to Shoprite as the billionaire “may be demanding with regards to the payout value.”

Shoprite gained as much as 7.1% in Johannesburg trading after announcing the share simplification plan and after reporting first-half earnings. An independent board has been set up to consider the proposed transaction, with Investec Ltd. appointed as financial adviser to Shoprite. The plan would align the company with international best corporate governance practice and ensure that all remaining shares have equal economic and voting rights, the retailer said in its statement.

Wiese has been selling assets to raise funds since Steinhoff International Holdings NV, in which he was the largest shareholder, announced accounting irregularities in December 2017. Wiese became Steinhoff’s largest investor in 2015 and late the following year proposed a combination of Shoprite and Steinhoff’s African operations.

The 77-year-old billionaire is among investors suing Steinhoff after the company lost more than 90% of its market value in the wake of the accounting scandal.