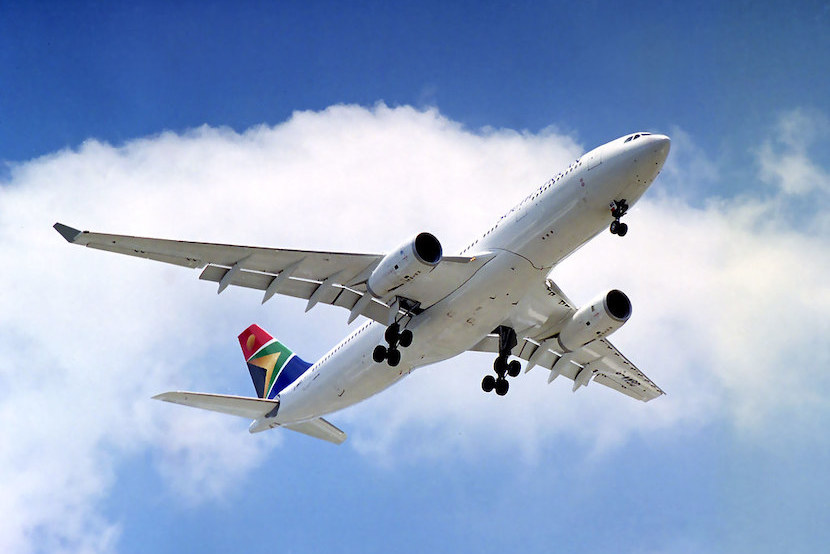 The joint Business Rescue Practitioners of SAA Les Matuson and Siviwe Dongwana say there is a reasonable prospect of a successful business rescue of the national carrier despite the inevitable risks and challenges. They have until end February 2020 to publish their Business Rescue Plan.

The joint BRP’s of SAA, Mr. Les Matuson and Mr. Siviwe Dongwana on Friday convened the First Meeting of Creditors. In terms of the Companies Act 71 of 2008, the objectives of the first meeting were to inform creditors as to whether or not there is a reasonable prospect of a successful business rescue, to appoint a Creditors’ Committee and to receive valid claims from Creditors.

Les Matuson commented, “our primary objective of the business rescue process is to either rescue SAA through restructuring its affairs, business, property, debt and other liabilities and equity that maximises the likelihood of the company continuing on a solvent basis or develop a plan that results in a better return for the company’s creditors or shareholders than would result from the immediate liquidation of SAA”.

Business Rescue involves proceedings to facilitate the rehabilitation of a company that is financially distressed by providing for:

Opinion of the BRP’s

Based on the availability of further post-commencement funding, which National Treasury has undertaken to provide and the ongoing support from all the stakeholders, including government, employees, trade unions and trade suppliers, the joint business rescue practitioners are of the opinion that that there is a reasonable prospect of a successful business rescue notwithstanding the inevitable risks and challenges.

Reasons not to liquidate SAA

The joint BRPs are of the belief that the business rescue process will achieve a better outcome for all stakeholders than an immediate liquidation. PwC who has been mandated by the BRPs to prepare a short term cash flow forecast, performed an initial high level calculation. SAA leases most of the aircraft and accordingly in a liquidation, there will be limited assets which can be realised for distribution to creditors.

The contingent and damages claims will crystallise on a liquidation which will increase the quantum of the concurrent claims which reinforces the preliminary view that the estimated dividend for concurrent creditors is zero cents in the rand.

In terms of section 150(5) of the Companies Act 71 of 2008 (“the Act”), the Business Rescue Plan should be published by the company within 25 days after the date on which the business rescue practitioner was appointed. Accordingly, the plan should be published by 13 January 2020. The joint BRPs are currently evaluating various scenarios and funding requirements for each. Given that the different scenarios need to be communicated to the various stakeholders in order to determine their preferred scenario, the joint BRPs requested that the creditors approve an extension for the publication of the plan.

At the meeting Matuson requested that the BRPs be given until the latest 28 February 2020 to publish the plan but that they would endevour to publish as soon as they had a best possible Business Rescue Plan for the business. The creditors present voted unanimously in favour of the extension.

Since the appointment of the BRP on 5 December 2019, the team has met with numerous stakeholders, including the Department of Public Enterprise, National Treasury, union representatives, International Air Transport Association and other trade partners, lenders, etc. As requested by the lenders, Alvarez and Marsal LLP have been mandated to provide an objective, impartial insight into the operations of SAA. On 18 December 2019, Mr. Siviwe Dongwana was appointed as joint BRP.

Matuson explained to creditors that a claim form will need to be submitted such that all claims can be reconciled to the Company’s record and any discrepancies investigated.

The joint BRP’s are of the view that the input of a pro-active Creditors’ Committee will add significantly to the process and will be helpful to achieve the goals set out in the Business Rescue Plan. To that end an experienced independent chairman has been appointed to the SAA’s Creditors’ Committee. “An Independent Chairperson will guide the process appropriately and raise issues constructively without bias nor favour,” explained Matuson.

Matuson concluded, “Today’s meeting with creditors was meant to provide an overview of the past 10 days, actions taken and to open the lines of communication with extended stakeholders. The extent of stakeholder engagement and complexity of the business has meant that we have requested and been granted an extension for publishing the Business Rescue Plan. We thank creditors for their support and their agreed extension for the Plan.  We intend to get the plan published by no later than the end of February 2020, if not before. We will communicate in this regard”.