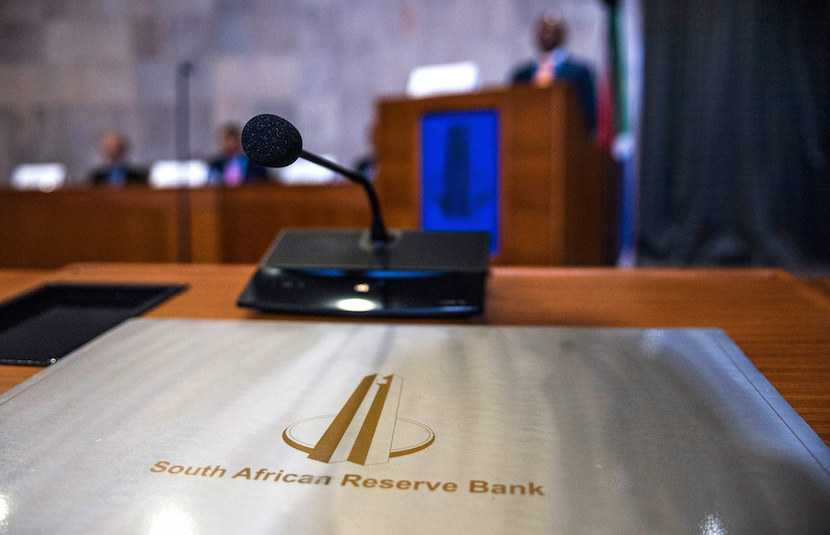 The Monetary Policy Committee unanimously voted to lower the repurchase rate to 6.25% from 6.5%, Governor Lesetja Kganyago told reporters Thursday in the capital, Pretoria. Of the 19 economists surveyed by Bloomberg, only three predicted the move, although forward-rate agreements showed the market foresaw an even-chance of a cut.

After a 25 basis-point reduction in July, the central bank consistently said that its ability to ease further was limited by political and policy uncertainty that added to the risk premium investors pay for South African debt. Most economists predicted the central bank will remain cautious and hold rates because of risks coupled to South Africa losing its only remaining investment grade credit rating from Moody’s Investors Service.

However, Kganyago said the decision to ease was based purely on the outlook for inflation and growth going forward and not on what the MPC expects from Moody’s. 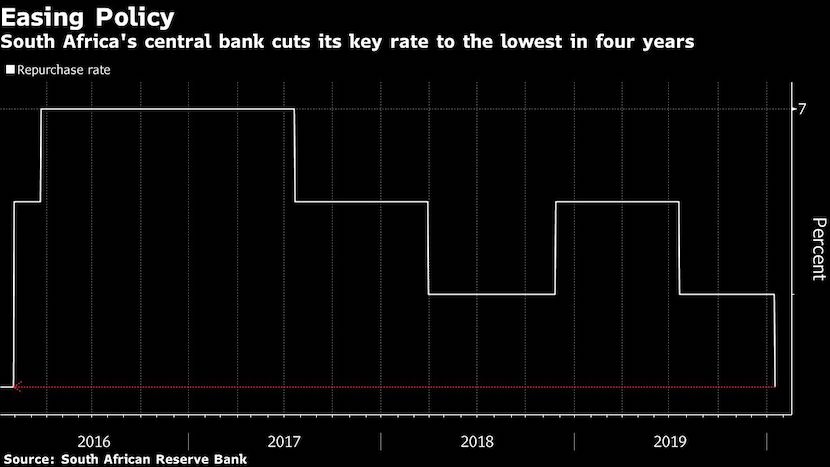 New forecasts released Thursday show the central bank expects inflation to settle at 4.5% in the third quarter of next year and average at that level in 2022. That’s in line with the midpoint of the central bank’s target range.

The MPC sees some growth in the fourth quarter of 2019, Kganyago said, suggesting the economy probably dodged a second recession in as many years. The Reserve Bank cut its forecasts for 2019 through 2022, when it sees expansion reaching 1.9%.Lowering the interest rate is a risky move given that the President Cyril Ramaphosa’s administration hasn’t made sufficient progress to address fiscal issues that could lead to a Moody’s downgrade this quarter, said Piotr Matys, a London-based strategist at Rabobank. A lot also hinges on global factors such as the US-China trade pact.

“If Moody’s maintains the current rating and the phase one trade deal doesn’t collapse in the first half of the year, the Reserve Bank will be looking for another opportunity to cut rates – assuming that the rand remains stable,” he said. 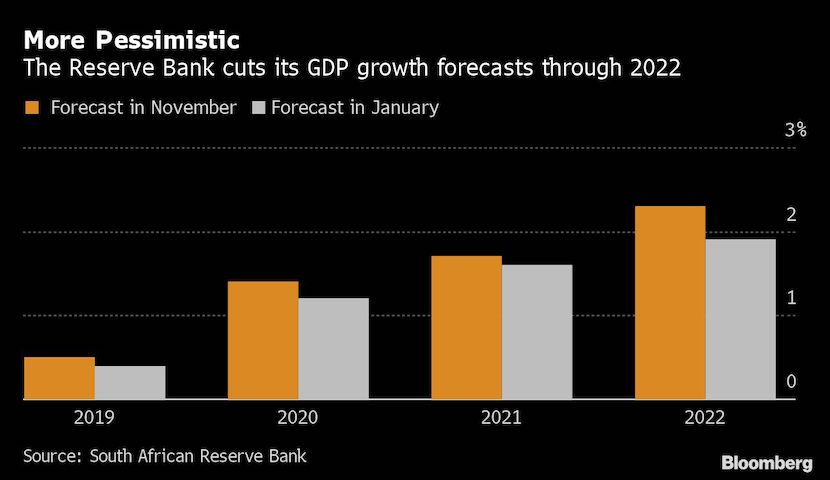 The central bank’s quarterly projection model now forecasts a repurchase rate of 6.1% by the end of this year and 6% by the end of 2021. Kganyago said the model prices in a 25 basis-point cut this quarter and another one in the final three months of 2020.

The policy easing could take some heat off the central bank, which came under fire last year from politicians and labor unions who say it should be doing more to boost growth and help reduce unemployment of more than 29%.

While the ruling African National Congress reaffirmed the Reserve Bank’s independence, role and mandate over the weekend, the institution could increasingly come under pressure as the ANC prepares for a conference in June to mark the mid-point of its current leadership’s term.