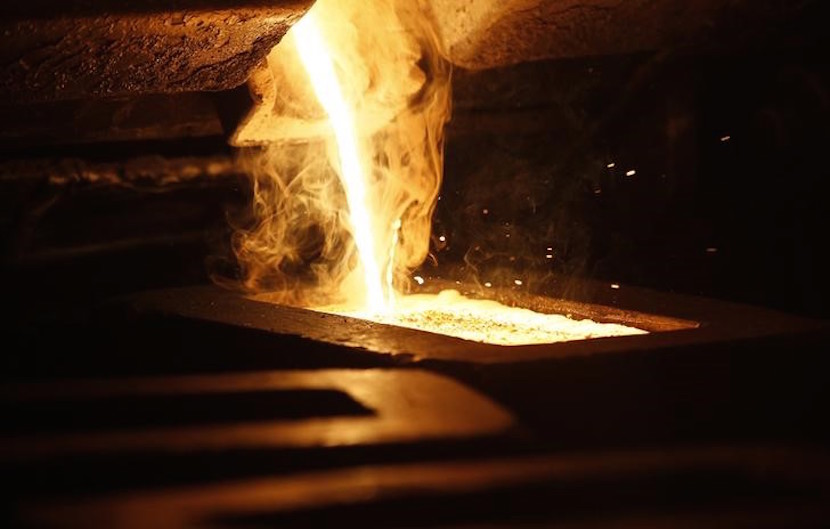 The $300m deal marks the exit from South Africa of AngloGold, a company that emerged from a mining empire created by Ernest Oppenheimer a century ago. It also heralds a new era as Harmony, backed by black billionaire Patrice Motsepe’s African Rainbow Minerals, becomes the nation’s No. 1 gold producer.

AngloGold is departing an industry that’s become expensive and dangerous as mines extend miles underground. The sector is less than a fifth of the size it was at its peak and its importance to the economy is rapidly diminishing. That doesn’t deter Harmony, which squeezes profits from a portfolio of mines by cutting costs and extending their lifespan.

“We don’t think it’s a bad thing to be the last man standing,” Harmony Chief Executive Officer Peter Steenkamp said on Wednesday on a conference call. “We have a different cost structure to Anglo.”

The acquisition of AngloGold’s Mponeng mine and surface assets will help Harmony replenish its South African reserves. It will also boost output by about 350,000 ounces a year to more than 1.8 million ounces.

Steenkamp expects to replicate the strategy employed when Harmony paid AngloGold $300m in 2017 for its Moab Khotsong mine. Half of that money has already been paid back, the CEO said.

Curbing costs at Mponeng, the world’s deepest mine, will be the key test for Harmony, said Rene Hochreiter, an analyst at Noah Capital Markets Ltd. in Johannesburg.

“Harmony has shown what it can do when it comes to cutting costs when it acquired Moab,” Hochreiter said. “If it can do the same this time, there is substantial upside to the profitability of Mponeng and Harmony itself. If it doesn’t manage to do better than AngloGold did, this deal is not a dripping roast.”

Harmony will acquire the new assets with $200m of cash, plus deferred payments related to the performance of the operations. The AngloGold assets had a book value of R9.9bn ($670m) at the end of 2019, it said.

For AngloGold, the sale furthers CEO Kelvin Dushnisky’s strategy of selling smaller operations as the producer focuses on more profitable mines in Ghana, Australia and the Americas.

The sale may also pave the way for AngloGold to move its primary listing from Johannesburg. Analysts say that shifting to Toronto or London would narrow the discount that AngloGold shares trade at to larger rivals such as Barrick Gold.

“There is a window of opportunity in the current gold price environment to get a sale done and AngloGold is right to take advantage of this,” said James Bell, an analyst at RBC Capital Markets in London. “Closing today’s sale of the group’s South African assets and a potential move of its primary listing to London in time could also materially widen the group’s investor base.”