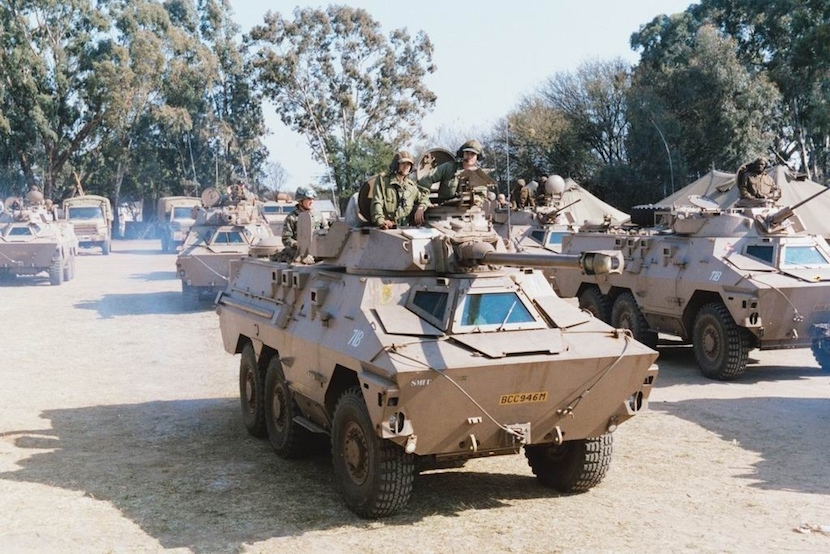 (Bloomberg) – South Africa’s army is readying troops to help the government and police curb the spread of the coronavirus, one of a series of measures President Cyril Ramaphosa is considering as new infections continue to rise.

A week after he declared a state of national disaster on March 15, the number of confirmed cases in South Africa has surged more than six-fold to 402. Ramaphosa will address the nation later on Monday, a day after meeting business leaders and members of the National Command Council, which coordinates the response to the pandemic.

A South African Army Infantry Formation warning order seen by Bloomberg calls for the deployment of two sub-units of a battalion in Gauteng, the nation’s economic heartland. One sub-unit is to be posted to each of South Africa’s remaining eight provinces, according to the order dated March 22 and signed by Brigadier-General Bayanda Mkula.

“This conceptually entails supporting other government departments in terms of disaster relief, humanitarian assistance and crisis response,” it said. All leave has been canceled while the order is in force, which will be at least 21 days and as long as three months, it said.

The army will give assistance to the police and the forces are encouraged to execute tasks, such as searches and cordons, in concert.

Defense Ministry spokesman Siphiwe Dlamini said he couldn’t immediately comment as he was in a meeting.

Health Minister Zweli Mkhize has warned 60% to 70% of the country’s 59 million people could contract the illness over time. While the government has instituted a ban on travellers from high-risk countries, shut schools and prohibited large gatherings, those measures have failed to sufficiently contain the outbreak.

Fears of more stringent restrictions has sparked a new wave of panic buying. Some supermarkets have run short of items such as canned goods, pasta and toilet paper, and limited the amount each customer can buy.

Infections have been confirmed in all nine provinces, with the tally rising by 128 since Sunday, health ministry data show. Gauteng, which includes Johannesburg, has 207 cases, and the Western Cape has 100. There have been no fatalities so far.