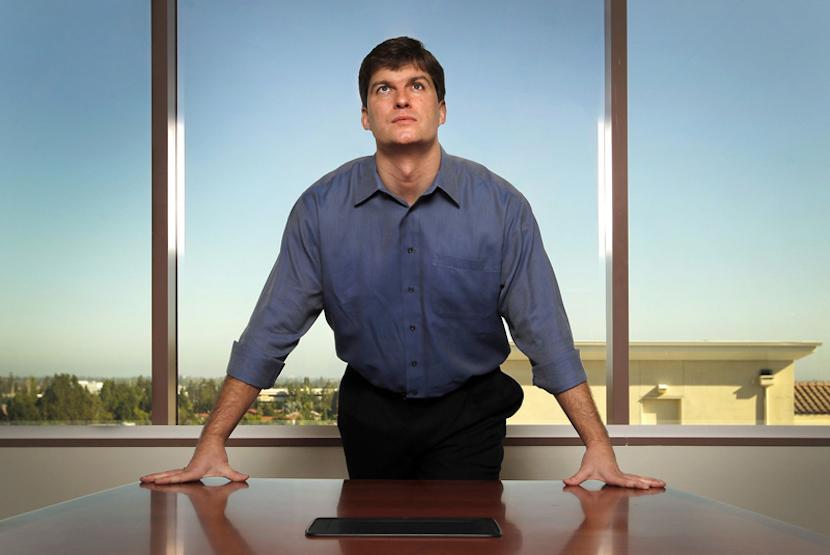 (Bloomberg) – Michael Burry, the doctor-turned-investor who famously bet against mortgage securities before the 2008 financial crisis, has taken to Twitter with a controversial message: lockdowns intended to contain the coronavirus pandemic are worse than the disease itself.

Government-directed shutdowns in the US, which led to millions of job losses and may trigger one of the country’s deepest-ever economic contractions, aren’t necessary to contain the epidemic and have disproportionately hurt low-income families and minorities, Burry argued in a series of tweets over the past two weeks. He also said some controversial treatments for Covid-19, such as the malaria drug hydroxychloroquine, should be made more widely available.

Burry earned his M.D. at the Vanderbilt University School of Medicine, but decided to become a professional investor after making hugely profitable bets in the stock market. He shot to fame after his hedge fund’s bearish mortgage wagers were chronicled in “The Big Short,” an Oscar-winning movie based on the best-selling book by Michael Lewis.

Although Burry has mostly kept a low profile since then, he started sharing his views more widely last year to warn of a central-bank fueled “bubble” in passive investment products. He’s now focusing on the outbreak that has shuttered economies, killed almost 75,000 people worldwide and changed how millions of people live and work.

“Universal stay-at-home is the most devastating economic force in modern history,” Burry wrote in an email to Bloomberg News. “And it is man-made. It very suddenly reverses the gains of underprivileged groups, kills and creates drug addicts, beats and terrorizes women and children in violent now-jobless households, and more. It bleeds deep anguish and suicide.”

Burry, whose utterances are closely watched by the financial community, began tweeting on March 23, describing his handle as the “real personal account of the real weird one from the book and movie, etc.” He said he began speaking out because of how people were suffering from measures taken to contain the pandemic. “Unconscionable,” is how he described job losses in the US, which have caused a once-unthinkable 10 million people to apply for unemployment benefits in the past two weeks. He earlier confirmed the authenticity of his tweets in an email interview with BNN Bloomberg.

If COVID-19 testing were universal, the fatality rate would be less than 0.2%. This is no justication for sweeping government policies, lacking any and all nuance, that destroy the lives, jobs, and businesses of the other 99.8%.

Burry has taken on medical policymakers in tweets regarding the illness itself, saying coronavirus infections can be managed through common-sense measures like increased hand-washing and broader testing, without forcing everyone to stay at home. He’s also advocating for wider use of chloroquine and hydroxychloroquine to treat those who are infected. US President Donald Trump has called the latter drug a “game changer” in the fight against Covid-19, but critics in the scientific community have urged caution, saying it isn’t fully tested or approved.On Sunday, US Surgeon General Jerome Adams said there had been some accounts that hydroxychloroquine was helping. “We feel a little bit better regarding its safety than we do about a completely novel drug, even though this is being used at much higher dosages,” he said.

Burry has so far refrained from tweeting about his investments. He told Bloomberg News last month that he placed a “significant bearish market bet that is working out for now,” without providing details except to say it was a trade of a “good size” against indexes. He said the pandemic could unwind the passive investment boom, which he has compared to purchases of collateralised debt obligations that fuelled the pre-2008 mortgage bubble.

While Burry has been mostly critical of the economic and medical measures taken by authorities across the globe, he has also highlighted large economies that haven’t seen as much turmoil as the US and Britain. Germany and Japan have been more measured in their responses and offer a model for the rest of the world, Burry said.

In a tweet on March 25, Burry issued his own prescription for Americans to overcome the crisis:

Prudent plan: 1) Standardize on chloroquine and azithromycin -cheap and available 2) Sick and elderly voluntarily shelter in place. 3) Americans lead their normal lives with extra hand washing and special care if around elderly. Saving the economy means life, not murder.#COVID19

Burry responded to questions via email to offer more thoughts on the pandemic and the response to the outbreak. Here’s what he had to say about China’s response, how some countries have handled the outbreak differently and the long-term impact.

How the pandemic happened

“This is a new form of coronavirus that emanated from a country, China, that unfortunately covered it up. That was the original sin. It transmits very easily, and within the first month it was likely all over the world. Very poor testing infrastructure created an information vacuum as cases ramped, ventilator shortages were projected. Politicians panicked and media filled the space with their own ignorance and greed. It was a toxic mix that led to the shutdown of the US, and hence much of the world economy.”

“In hindsight, each country should have immediately ramped up rapid field testing of at-risk groups. But as I understand it, the CDC was tasked with some of this, and botched it, and other departments were no better. The bureaucracy failed in a good number of countries. Turf wars and incompetence has ruled the day. So the political cover for that failure on the part of the technocrats and politicians is a very harsh stay-at-home policy.”

“If there was ever a time for the government to stimulate with fiscal and monetary policy, it is now. Unfortunately, the US has been adding $3 for every $1 of new GDP over a very long time, and interest rates were already near zero. Still, nothing is more important now that loans to small and mid-sized businesses, and the US Treasury, backed by the Fed, is providing that liquidity, which is vital.”

“It’s pretty clear that hydroxychloroquine is doing something good for many Covid-19 patients. The standard in medicine is a placebo-controlled double-blind study. But there is no time for that. The technocrats at the top are getting this wrong. Do the studies, make the vaccines, but allow doctors to have what they feel is working now. Don’t take tools or drugs out of the treating doctors’ hands. Trump should use the Defense Production Act more liberally in this area.”

“A more nuanced approach would be for at risk groups — the obese, old and already-sick — to shelter in place, to execute widespread mandatory testing, and to ID and track as necessary while allowing society to function. Again, Trump should get the massive contract manufacturers like Flextronics to make testing machines.”

Getting back to normal

“I would lift stay-at-home orders except for known risk groups. We already know certain conditions that are predictive of severe disease. Especially since young healthy lungs tend to be resistant, I would let the virus circulate in the population that is not likely to get severe disease from it. This is the only path that comes close to balancing the needs of all groups. Vaccines are not coming anytime soon, so natural immunity is the only way out for now. Every day, every week in the current situation is ruining innumerable lives in a criminally unjust manner.”

“When it comes to vaccines, coronaviruses are not known for imparting enduring immunity, and this will be one big challenge. It seems the genetic code is relatively conserved, and this will help the development of the vaccine. But we’re still looking at the end of the year. In the meantime, the world is an innovative place, and I expect many effective treatments — both new and repurposed — shortly. The question then will be regulation, expense and availability.”

“Medically, the new normal will be the old normal. As long as innovation continues, medicine will conquer everything in our way.”

“I believe Prime Minister Shinzo Abe is trying his best to manage through the situation without shuttering the economy. He sees what it has done to the US, and would rather not force a shut in, but instead asks for common sense. Japan has certain features — such as a largely lawful and well-educated society — that make this more possible. As do Taiwan, Singapore, Korea.”

“Economically speaking, we have to realise the policy-driven demand shock will be resolved by 2021. But Japan and the US are putting more than 20% of the GDP into new fiscal stimulus, and easy money will be the rule. Those things will all bring stock and debt markets back.”

“Countries will also look to bring supply chains home, and many employees will need retraining with higher cost. When we start working and playing again, inflation may be in store. The other big point is that consumers have learned new behaviours, which will drive business churn.”