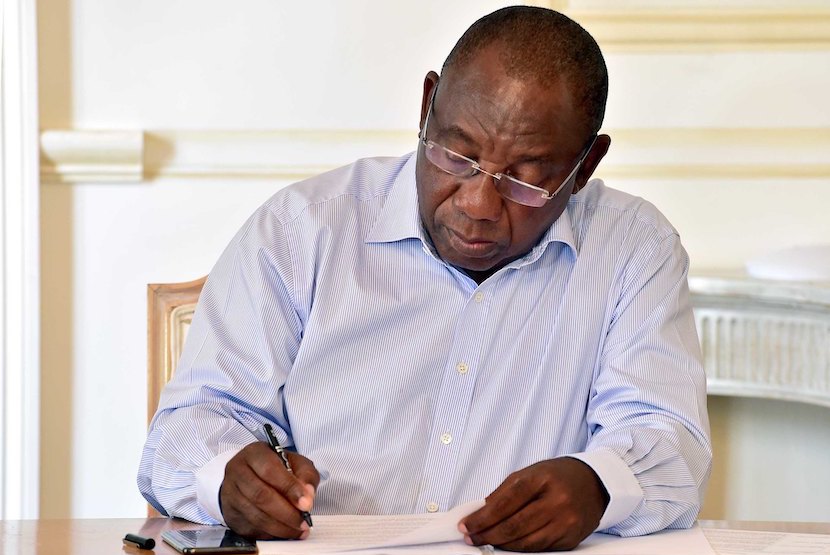 There are few callings more important for a person than the call to public service.

It is an opportunity to improve people’s lives and change society for the better. It carries great responsibility and often demands much of individuals and their families.

Tomorrow is the start of Public Service Month, which is held in September each year to promote a culture of pride and ethics in the public service and improvement in all facets of service provision.

Public servants are the first interface between government and citizens. Their encounters, whether positive or negative, are crucial in how the state is perceived by the wider population.

Our key priority is to build a capable state. If we are to build a more capable state we have to seriously and urgently address the shortcomings in the organisation and the capacity of the public service.

The view that the public service is bloated is misplaced. Public servants include officials and administrators, but they also include doctors, nurses, police men and women and teachers who play an invaluable role in keeping the wheels of our country turning.

The real issue is whether – given its size, cost and needs of our country – the public service is performing as it should. The experience of our people is that in several areas, the state is falling short of expectations.

There are some fundamental problems that we are working to fix.

One of the areas to which we’re giving attention is known as the ‘political-administrative’ interface, where lines of accountability at the most senior levels of the state have become blurred. Political office bearers such as Ministers, MECs and Mayors often veer towards getting involved in administrative matters that should be the responsibility of professional public servants.

While the public service is required to implement the electoral mandate of the governing party and to account to the Executive, they need to be able to do this work without undue political interference.

Public service managers must be given the space, the means and the resources to manage.

Senior appointments are sometimes made on political considerations rather than expertise. This severely limits the capacity and effective functioning of the state.

As much as the ranks of our civil service comprise individuals committed to driving government’s programme of action, it has also over the years been associated with patronage. This is manifested through the appointment of people into senior positions based on considerations other than their capability to execute the tasks of the office they are appointed to.

The civil service should attract high-calibre and qualified candidates. As one of the ways of achieving this, the National Development Plan (NDP) proposes a formal graduate recruitment scheme for the public service. Our people want the best and the brightest in society to serve them.

The civil service must be seen as a career destination of choice by those who want to make a difference in the life of their country, and not merely as a comfortable 9-to-5 desk job or a place to earn a salary with minimal effort.

Should some still harbour this view they should take advantage of opportunities to exit the public service to make way for those who are up to the task.

Training and upskilling is critical to professionalising the civil service.

The National School of Government is playing an important role in building a culture of lifelong learning for those already in the ranks. As an example, the school offers a certificate programme for anyone who wants to be appointed into senior management. Many of the school’s programmes – from advanced project management to financial management and budgeting to change leadership – are offered online.

The school is also engaged in collaboration with international training institutes to offer courses on wider governance issues.

Being a public servant is an honour and a privilege. It demands dedication, selflessness, professionalism, commitment and the utmost faithfulness to the principles of Batho Pele, of putting the people first.

Public servants are entrusted with managing state resources for the benefit of the public and in guarding against them being misused and abused. They are representatives of a government derived of the people and for the people, and are guardians of our Constitution.

At a time when we have been confronted with a series of scandals that point to clear complicity by certain public servants in acts of corruption, this Public Service Month should be an opportunity for the men and women tasked with this weighty responsibility to set themselves apart – to rededicate themselves to their calling and to fully comprehend what it truly means to be a servant of the people.

As the NDP reminds us, a capable developmental state cannot be created by decree: “It has to be built, brick by brick, institution by institution, and sustained and rejuvenated over time.”

Our ability to steadily acquire a high level of capability as envisaged by the NDP is a defining characteristic of what a capable developmental state should have to become an economically prosperous, socially inclusive and a well-governed state that is able to meet the needs of our people.