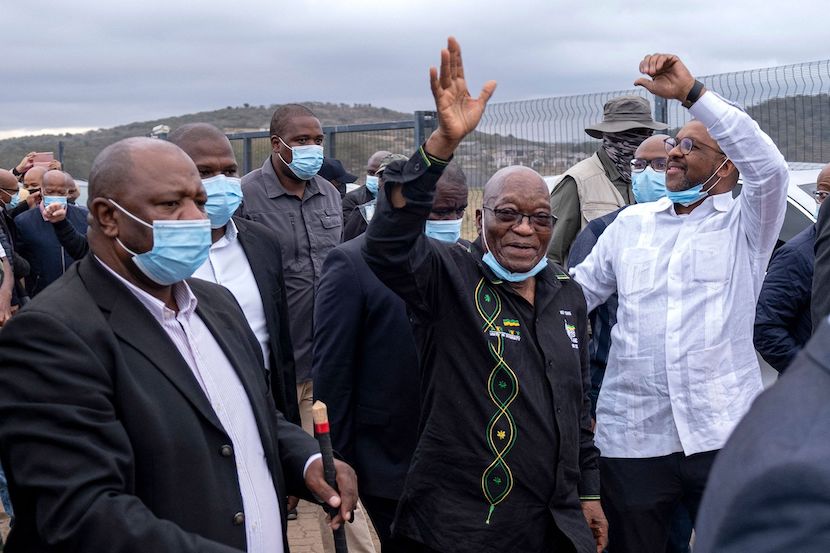 (Bloomberg) – South Africa’s High Court rejected an application by former President Jacob Zuma, who was convicted of contempt of court last week, to delay serving his 15-month sentence while his case is reviewed.

The Constitutional Court, the nation’s top legal tribunal, found Zuma guilty of violating its order to testify before a judicial panel that’s probing graft during his nine-year rule and he was taken into custody on July 7. The court has agreed to review its judgment, with a hearing scheduled for July 12.

Pietermaritzburg High Court Judge Bhekisisa Mnguni on Friday dismissed Zuma’s bid to be freed. He didn’t immediately provide reasons or specify whether he had jurisdiction to intervene in a case that’s being dealt with by a higher court.

Zuma, 79, remains a powerful political player in South Africa, and his case has been a key test for the country’s democracy and its resolve to uphold the rule of law. He ruled South Africa for almost nine scandal-marred years until the ruling African National Congress forced him to step down in 2018 to stem a loss of electoral support. The government estimates that more than R500bn ($35bn) was stolen from state coffers. He denies wrongdoing.