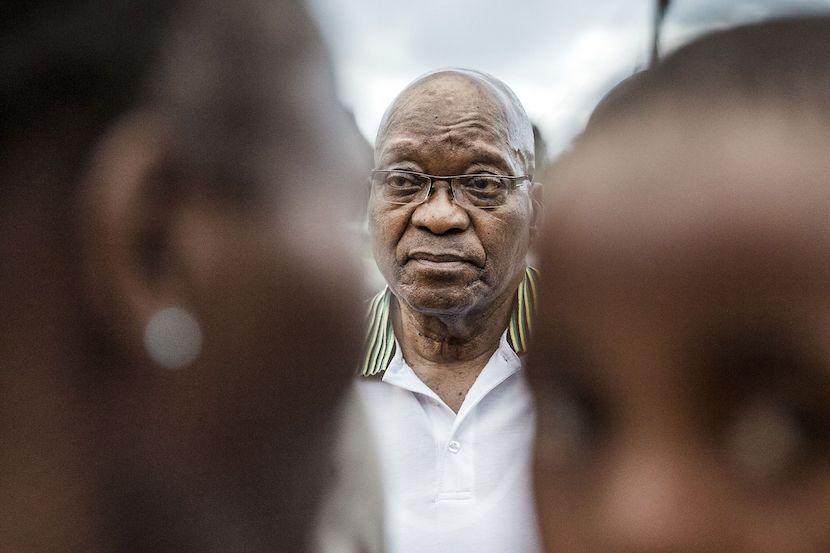 More than 10 years ago, many felt that former president Jacob Zuma should go to prison. Well, he might be going – or at least, that’s the court’s findings. Helping us unpack the legal side of this ruling is Karam Singh, Head of Legal and Investigations at Corruption Watch. Singh gives his thoughts on the ruling.

Karam Singh on whether Jacob Zuma will actually go to jail for 15 months:

It would appear so. Prior to this judgment coming out, I also had my doubts that this day would ever come. But it would seem, at least in terms of this contempt case – quite a unique case – that President Zuma has an obligation to present himself to a police station, either in Nkandla or in Johannesburg and begin a sentence of incarceration. According to what the court said, he would need to present himself at one of these police stations within the next five days. I think as soon as that process starts, the judgment is executed.

On convicting Zuma on contempt charges:

The legal processes that former President Zuma has been involved in – that predate his time as president – go back over a decade. There was a long period where charges were dropped and there was a cloud over his head. He said he wanted his day in court. Then, he spent every ounce of his energy trying to avoid that day in court. He’s not going to prison for his involvement in the arms deals. He’s not going to prison for overseeing an era of state capture – which has been a systemic period of corruption that he’s got his fingers all over.

He’s going to prison on a technicality, on a contempt charge related to his failure to respect the judgments of the court. If you look at the opinion of the majority, they point out the extraordinary nature of this case and the aggravating circumstances that flowed from former President Zuma as a bold, unjustified attacks on the judiciary. There’s a climate that’s been created by the rhetoric from Zuma and his camp – which has aggravated the situation and placed the constitutional court in a position where they feel they didn’t have another choice.

On whether the other charges can be brought against him once he’s locked up:

Absolutely. It doesn’t forestall any other legal processes that are either in process or could be envisioned. For instance, if there are recommendations coming out of the Zondo Commission that former President Zuma needs to be investigated for overseeing an organised criminal enterprise, he would have to face those charges. The arms deal case continues. Whether he’s a criminally accused, this is not uncommon. There are a lot of people in prison who are in for one thing, and they’re still in process for something else. In that way, it’s not extraordinary.

On what happens if Jacob Zuma doesn’t present himself at a police station in the given time frame (five days):

I think it was mentioned in the judgment – it would involve activating the Minister of Police and the national commissioner. They’ve been named in the judgment as officials that would need to take action in that moment. One of the themes that runs through the judgment is the idea that nobody is above the law. It’s an extraordinary case. But President Zuma isn’t above the law. We would expect to see the same processes that would happen when someone’s been convicted, they’ve been out on bail and the police have to go and collect them. That’ll be something that’ll play out.

On how this may impact how the rest of the world views South Africa:

I would like to think that it would it would give some indication that South Africa is dealing with its corruption challenge. We’ve heard incredible rhetoric, really important words, important developments in policy, the rebuilding of institutions. The entire record of the Zondo Commission gives an indication that South Africa is trying to deal with this – and dealing with it in a way that other countries haven’t.

To see President Ramaphosa subject himself to that type of questioning is not something that you would commonly see any of his peers in the executive around the world do. Lots of them have cases to answer to. I think it’s a positive message to the global community that South Africa is taking this seriously. But there’s still a lot of work that still needs to be done.