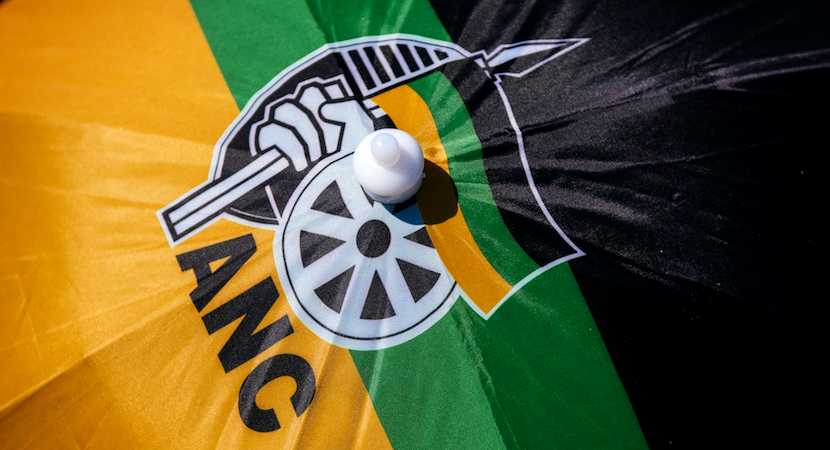 CAPE TOWN — Unresolved leadership conflicts and ensuing party splits have routinely contributed to the fall of ruling parties in Africa, an international relations expert who specialises in African politics warns. Tukkies’ Professor Christopher Isike argues that if combined with voter disenchantment at recurring corruption, this could see the demise of the ANC as we know it. With President Cyril Ramaphosa having pulled his party from the brink of a dramatic nine-year electoral decline, the upside for the ruling party is opposition fragmentation – and the low likelihood of a DA/EFF coalition. The proportional representation system, favouring as it does ANC hegemony, is the other big ANC-positive, adds Isike. Again, as we’ve often seen, the future of South Africa seems to lie with the party of liberation. Only this time, bringing those who’ve been at the forefront of our societal decay to justice, while restoring the economy and delicately handling the land question plus creating jobs, is vital for ruling party redemption. However, it will take power consolidation and a subtle defeat of the widely-spread Zuptoids within. An ugly internecine battle could spell the end of the party of liberation and birth new, arguably healthier manifestations. – Chris Bateman

The African National Congress (ANC) – like most liberation movements-turned political parties – has dominated South Africa’s politics since it came to power in 1994. Having just won 57.50% of the national vote in the general election, it appears set to continue its dominance until the next one in 2024.

The ANC’s electoral fortunes have steadily declined in the last three national elections; 2009 (65%), 2014 (62%) and 2019 (57.50%). Does this suggest Nelson Mandela’s party will join the global list of dominant parties that lose power and eventually disintegrate sooner rather than later?

Globally, dominant parties experience moments of failure. Sometimes they completely disappear from the political scene. For example, the Swedish Social Democratic Party, considered the largest political party in Sweden from 1917 onwards, and one of the most successful parties in the world’s liberal democracies, has been recording electoral defeats since 2006. Another example is The Irish Fianna Fáil (The Republican Party), which was in power from 1932 in the Dáil Éireann (Assembly of Ireland). It lost heavily to the opposition in 2011.

Scholars have ascribed declines like this to four broad reasons: opposition coordination; institutional or electoral reforms; high level of corruption and gross abuse of office; and factional conflict within the dominant party.

The two the ANC should be worried about are high levels of corruption and conflicts within the party.

A fragmented opposition: Studies have established that this contributes to the prolonged reign of dominant parties. That’s because they are less likely to be well coordinated to win votes. They are also less adept at the art of forming governments and maintaining them than consolidated oppositions. A good example is the All Progressive Congress party in Nigeria. It toppled the ruling Peoples Democratic Party in the 2015 presidential elections. But it took over six months to appoint ministers, and almost three years to stabilise governance.

The ANC can never be fixed if the big corrupt officials are still there. Its clear that there is no redemption for the ANC. #KhulaDA

Relatedly, strong charismatic leadership is needed to complement a well-coordinated opposition. This was a factor in the decline of one-party dominance in Taiwan, Korea, and Mexico. The Ivory Coast, Kenya and Ghana are other examples of charismatic opposition party leaders defeating the incumbents in national elections.

Institutions: There is evidence from several studies that institutions play a significant role in perpetuating single-party dominance. This may relate to the nature of the electoral system and the type of political system in place. This implies that some form of structural reforms might be required to dislodge a dominant party whose hegemony relies on the existing system. For example, a study on Taiwan, Korea, and Mexico, concludes that the opposition, such as it was, would never have become a threat in any of these places had it not been for electoral reforms.

Disenchantment: growing disenchantment with the government of a ruling party over recurring high levels of corruption represents another reason for the loss of the hegemony. The argument is that when a party stays in power for a long time without facing a credible threat of defeat, it becomes complacent and susceptible to corruption and abuse of office. This may result in the accumulation of grievances among citizens which could lead to protest votes that could eventually dislodge the dominant party.

Factionalism: studies confirm that internal dissent and disorder were the major reasons for the disintegration of dominant parties in the post-war era across different regions of the world. In Africa for example, these splits are often associated with unresolved leadership tussles as was the case of the Peoples Democratic Party in Nigeria.

Prior to the 2015 general elections, the party became enmeshed in a prolonged crisis over the rotation of the presidency between the southern and northern power blocs. The unresolved conflict led to mass defections to the newly formed All Progressive Congress. This contributed greatly to the fall of the Peoples Democratic Party after 16 years in power.

How the ANC fares

The first two indicators – fragmented opposition and institutions – favour the perpetuation of the ANC’s dominance. The last two – disenchantment and factionalism – threaten it.

The opposition Democratic Alliance (DA) and the Economic Freedom Fighters (EFF) remain the two front-running opposition parties. But, there are still doubts about their capacity to dislodge the ANC in the near future. This is especially so given their ideological differences, which makes an alliance unworkable, although not impossible. This perhaps explains the collapse of their coalition arrangements across the country following the ANC’s losses in the 2016 local government elections. These developments indicate that the opposition is not coordinated enough to dislodge the ANC.

The Sunday media informs me that Cyril Ramaphosa has saved the ANC by overseeing a 7.5% decline while Mmusi Maimane has sailed the DA into an iceberg with a 6.5% decline.

Nevertheless, given their relatively poor national coverage, limited resources and the baggage of identity politics, lessons from other countries show that a strong merger or coalitions of opposition parties may be the most feasible strategy to displace the ruling ANC.

Secondly, the ANC has used its majority in parliament to create (or influence) laws that limit the chances of the opposition growing, further perpetuating its dominance. And the proportional representation system creates room for further fragmentation of the opposition.

But corruption and factionalism are the two factors that threaten the ANC’s dominance and could eventually kill it – unless it kills both first.

The Zondo Commission of inquiry into state capture is now unravelling just how deeply corruption has eaten into the fabric of the ruling party. It has had a negative impact on service delivery and undermined public trust in the ANC and government.

Last, President Cyril Ramaphosa has done a lot to unify the party since he became its president. This has included making questionable compromises. But how he balances his party’s interests and those of the country in the coming years will determine whether or not the ANC implodes.

Overall, if the president is able to keep his electoral promises the ANC would still remain the party to beat in the 2024 elections. This includes rooting out corruption, prosecuting culprits, reforming the economy to improve access, appropriating and redistributing land without hurting the economy and creating jobs.

But keeping these promises will depend on how the factional battles within the party play out. So far, studies show that Ramaphosa’s personality and actions have instilled some confidence and drawn voters back to the ANC. This is certainly reflected in the 2019 results. He now has a mandate to carry these forward – and with more boldness.

For its part, the ANC leadership must start working on fully transforming the party from a liberation movement to a democratic political party to allow for open competition in leadership and electoral positions within the party. The rise of provincial chairs as power brokers in intra-party elections amount to a partial internal democratisation of ANC politics. But it has also given rise to a network for patronage which is out of sight of the centre.

Some argue that the ANC can govern well even as a liberation movement. Nevetherless, its transformation is imperative. This is because the regimental (command-and-obey) culture that drives liberation movements, fosters leadership arrogance, authoritarianism and corruption. It also stifles innovation especially from youth.

The ANC suffers from all these anti-progress traits and must engage them head-on.