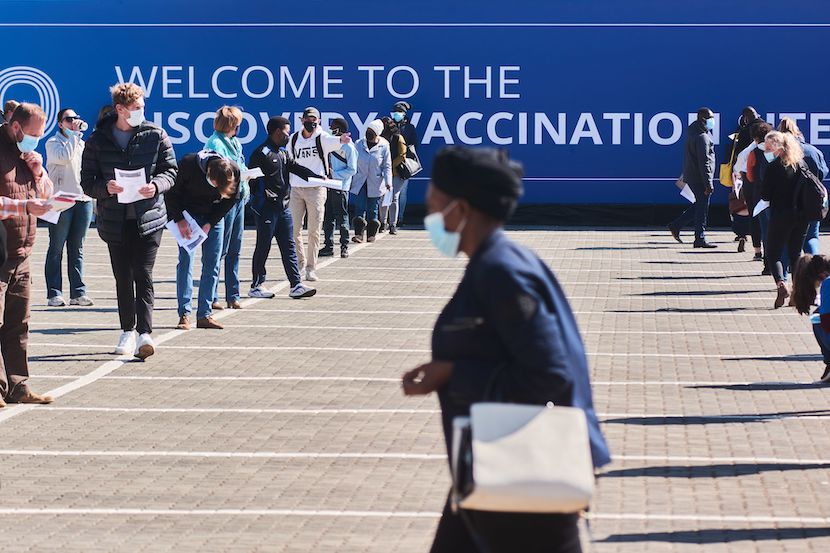 (Bloomberg) – As many as four out of five South Africans may have contracted the coronavirus, indicating that the country may be one of the world’s hardest-hit nations by the disease, the chief actuary at Africa’s biggest health insurer said.

Emile Stipp, the actuary at Discovery Health, based his calculations on the country’s case-fatality rate and excess deaths, a measure of the number of fatalities compared with an historical average. They are thought to provide a more accurate picture of the impact of the pandemic than the official toll.

“If we know the mortality rate of Covid, we can deduce the likely infection level,” Stipp said in an emailed response to questions.

The infection rate of between 70% and 80%, as estimated by Stipp, is high by global standards and could push South Africa close to so-called herd immunity, estimated at between 80% and 90% by the Infectious Diseases Society of America. Still, it’s possible that the delta variant of the virus could reinfect those who contracted other strains.

In England only 18% of blood donors had antibodies showing prior infection, Public Health England said in an Aug. 12 report. That number jumped to 97% when those with antibodies from vaccinations were included. About 61% of England’s population is fully inoculated, compared with 7.1% in South Africa.

Stipp said he based his assessment on the assumption that 90% of excess deaths reported by the South African Medical Research Council were due to Covid-19. The SAMRC estimates South Africa’s excess death number at 238,949 during the pandemic, compared with an official Covid-19 death toll of 78,377. The country’s case fatality rate is 3%.

South Africa has the highest number of infections, with over 2.6 million confirmed, and deaths in Africa. It also has the most widespread testing and monitoring of cause of death.

In a May 13 presentation to Satsa, a tourism body, Stipp estimated that 62.1% of South African had contracted the virus – a number he’s since revised.

The Eastern Cape, where 91.1% of the population was thought to have been infected, was the worst-hit province, and Gauteng, at 43.4%, and North West, at 35%, the least-affected. The latter two provinces have posted record pandemic-era excess deaths in the country’s third wave of infections, which is yet to fully subside.

Surveys of blood donors in January and May put South Africa’s overall prior infection rate at 42.8%.

– With assistance from Naomi Kresge and Roxanne Henderson.