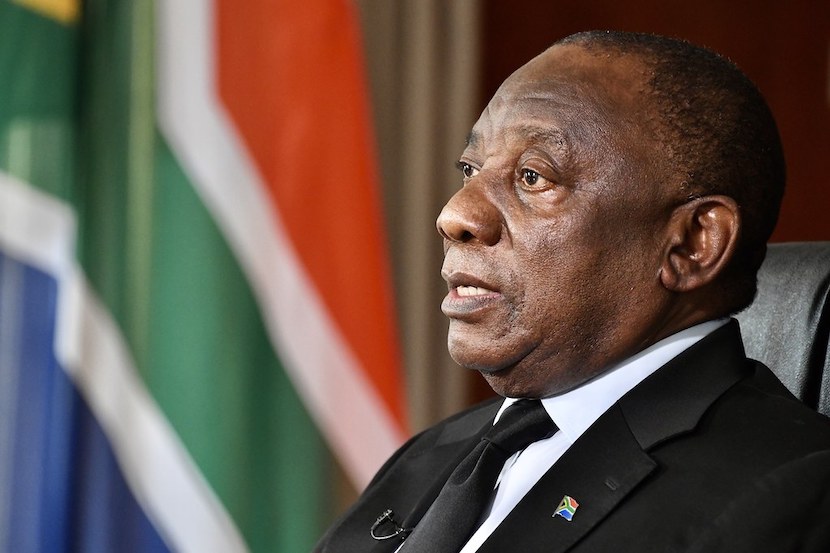 The following statement was issued by John Steenhuisen, leader of the Democratic Alliance

The DA has taken nine more steps to ensure that the president is held accountable for his failure to publicly disclose all the relevant details surrounding the theft of $4m from his Phala Phala residence in 2020, a revelation which has cast serious doubt over the integrity of the Presidency and led to real public mistrust in President Ramaphosa himself.

As the opposition, we have a duty to uphold the Constitution and its principles of equality before the law and accountability.

They are essential prerequisites for a functional democracy. We will not allow them to be sacrificed.

It is alleged that President Ramaphosa committed money laundering, tax evasion, corruption, kidnapping, bribery, and contravened various other laws to recoup millions of dollars stolen from where they were hidden in a sofa on his Phala Phala game farm and to then cover up this saga.

That President Ramaphosa is a better option for president than Jacob Zuma or DD Mabuza and that this scandal was exposed by a character as dubious as Arthur Fraser does not exonerate him from these charges.

These are serious allegations that will continue to do enormous damage to our economy and our prospects for attracting investment and creating jobs, as well as to the credibility of the Office of the Presidency and the police and justice system.

President Ramaphosa should end his silence and be honest and open with the nation about his involvement in the DollarGate saga.

That the matter is “being investigated” is no justification at all for his refusal to answer the many reasonable questions that have arisen.

These nine steps are especially important since new information has come to light in the last few days implicating SAPS leadership directly and therefore casting doubt on whether SAPS can be trusted to undertake an unbiased investigation.

The Namibian police confirmed last week that they had met with their South African counterparts on the border near Noordoewer, to share operational information pertaining to the theft and that they dropped the matter after SAPS failed to produce a case number.

But even though the case was never formally reported, two sources within Crime Intelligence have revealed that all the top SAPS leadership knew about the robbery and were involved in an off-the-record investigation and cover-up.

We have written to the United States FBI (Pretoria Field Office) to request that they investigate allegations of possible money laundering by the President.

Specifically, we have requested that the FBI considers investigating the source of the funds and whether the money was brought into South Africa legitimately and declared to the appropriate authorities.

We have recommended that the ledgers or journals which would have recorded the alleged sale of wild game at auction be requested from the president, to determine the identities of those involved in the suspicious cash transactions.

A cash transaction within South Africa involving $4 million is deeply suspicious, and more so since the cash was then hidden in furniture, and its theft was investigated off the record and covered up.

We have written to the Financial Intelligence Centre requesting that they investigate the various alleged financial transactions that followed the theft, including the purchase of several luxury vehicles in cash.

The FIC has a legislative mandate to identify the proceeds of crime in terms of the Financial Intelligence Centre Act of 2001.

We have asked the following questions of the FIC:

1. Did the FIC detect any of these cash transactions in its systems?

2. If so, what steps did the FIC take to determine if these transactions were legitimate or the proceeds of crime?

3. If the FIC failed to detect these transactions, do its monitoring systems need a revamp?

4. If the FIC failed to detect these transactions, will the entity investigate this matter now that the information is in the public domain?

We have directed these same questions to the Tax Fraud Department at the South African Revenue Services.

We have written to Ms Phindile Baleni, the Secretary of Cabinet in the Office of the Presidency ,to request sight of President Ramaphosa’s declaration of financial interests as required by the Executive Members Ethics Act No. 82 of 1998 and the Executive Ethics Code.

Specifically, we want to determine if the business activities on the President’s Phala Phala game farm have been declared as financial interests, and when such declarations were made.

We have written to Advocate Kholeka Gcaleka, the acting public protector, to lay a formal complaint in terms of the Executive Members Ethics Act and to request her to investigate the alleged breaches of the Executive Ethics Code.

President Ramaphosa may have breached the code by failing to report the theft, which he was by law obliged to do, and by using public resources, specifically the VIP protection unit within SAPS, to track and bring back his stolen dollars.

We have written to National Police Commissioner Fannie Masemola asking him the following questions:

1. Why was the Major-General Wally Rhoode sent to Namibia?

2. Why was no formal case opened?

3. Why was the theft covered up?

4. What did the investigation cost taxpayers?

We have requested the chairperson of the portfolio committee on justice and correctional services, Mr Gratitude Magwanishe, to summon the Minister of Justice to explain why South Africa didn’t respond with a case number, and therefore assets had to be released. He has agreed in principle, pending permission from Parliament.

We have written to the Minister of Public Works about the subsequent security upgrades at the President’s Phala Phala farm, and whether they were paid for, in full or part, using public funds.

We have written to Tina Joemat-Pettersson, the chairperson of the portfolio committee overseeing the police, requesting that Major-General Wally Rhoode appears before the committee.

In his affidavit, Mr Arthur Fraser alleges that the President sent Rhoode, the head of his VIP protection unit, to travel to Namibia to conduct a secret investigation and/or interrogation, into those who were allegedly involved in the burglary.

It is possible, indeed likely, that this private investigation of a theft that was never formally reported to SAPS was done at the taxpayers’ expense.

Mr Rhoode needs to provide an account to Parliament of what had occurred in relation to him and/or the protection unit travelling to Namibia on the President’s instructions.

The DA has already written to the South African Reserve Bank and the South African Revenue Services requesting investigations into these allegations, and we have submitted written questions to the President and urged him in Parliament to come clean.

It is now becoming clear why President Ramaphosa has been reluctant to remove so many bad eggs from his cabinet and other key institutions of the state.

He’s been trying to keep the “smallanyana” skeletons from tumbling out of his own closet.

This saga lays bare that the ANC is rotten from the head down. Even as it takes its dying breaths, decomposition has already set in.

Voters need to replace this extractive government with one that puts the national interest ahead of party and private interests, and that spends public money on truly delivering a better life for all.

The DA will pursue every possible angle to hold President Ramaphosa to account for this saga.

The rule of law, equality before the law, accountability, and the separation of party and state are core, non-negotiable principles of the Democratic Alliance.

They are the only foundation on which a prosperous, united South Africa can be built. No one should be above the law, least of all a sitting President.