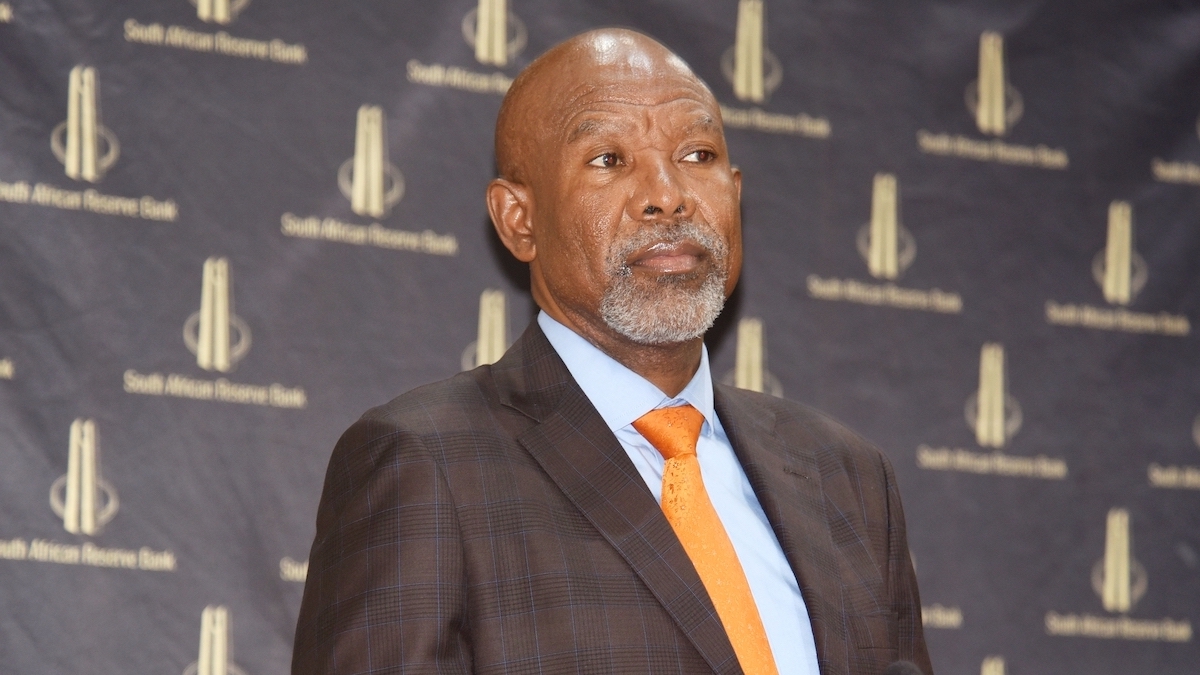 Of the five-member panel, three voted for the three-quarter point increase and two preferred a 50-basis-point hike. The bank’s forecasting model suggests it has front-loaded its fight against inflation, with the key rate seen 6.83% at the end of 2025. The Reserve Bank has repeatedly referred to the so-called quarterly projection model as a broad policy guide.

The vote split suggests the panel is reaching a “peak in hawkishness,” said Sanisha Packirisamy, an economist at Momentum Investments.

South Africa’s rand and yields on government debt were little changed after the announcement.

The key rate is now at a level last seen more than five years ago when the MPC was trying to guide consumer-price growth back below the 6% ceiling of its target band. It now matches the panel’s so-called steady state repurchase rate, which was published for the first time Thursday.

“We will still see increases in the repo rate going forward, but these will likely be at a slower pace,” said Angelika Goliger, chief economist at EY Africa. “I am expecting a couple more smaller rate rises, of 50bps and 25bps, at the first two meetings of 2023, and then hoping we will be at the top of the rate hike cycle — although not expecting rates to come down anytime in 2023.”

The Reserve Bank prefers to anchor expectations close to the 4.5% midpoint of its inflation target range. Thursday’s move serves to “increase confidence of attaining the target sustainably over time,” Kganyago said.

Headline and core inflation, which excludes the prices of food, non-alcoholic drinks, fuel and electricity, quickened in October, prompting the central bank to raise average forecasts through 2023. “If anybody wanted a measure that inflation is becoming broad-based, that would be it,” Kganyago said referring to the acceleration in core inflation.

The central bank now sees headline and core-price growth returning close to the target midpoint in 2024.

South Africa’s move comes after Federal Reserve officials flagged increased risks of overtightening and signaled they may cool the pace of US interest-rate increases to 50 basis points in December. While the Reserve Bank doesn’t match the Fed move-for-move, a slowdown in the pace of US hikes will ease pressure on South African policymakers to bolster the differential that makes local assets attractive to foreign investors.

Even though other central banks have also shifted to signal less aggressive hikes, the Reserve Bank didn’t commit to an imminent change in strategy. The policy stance “remains supportive of credit demand in the near term, while raising rates to levels consistent with the current view of inflation and risks to it,” Kganyago said.

The central bank lowered its projection for South African gross domestic growth to 1.8% this year and 1.1% in 2023. The prediction for next year assumes state-owned power utility Eskom Holdings SOC Ltd. will heighten power outages, shaving 0.6 percentage points off output.

Higher rates make it more expensive for consumers to borrow their way out of a cost-of-living crisis spurred by high food and fuel costs. Discount clothing, sports goods and homeware-retailer, Mr Price Group Ltd., on Thursday reported that earnings missed expectations in the first half, underlining a deterioration in buying power.

Thursday’s move brings the cumulative rate increase to 350 basis points since November last year and will further weigh on household consumption spending that accounts for about two-thirds of gross domestic product.

While South Africans are now complaining about the rising cost of living, the central bank’s latest move will help to temper future price growth, Kganyago said. “Unless we tame the monster of inflation, we can’t have balanced and sustainable growth in this economy.”

The South African Reserve Bank decided to increase the Repo rate (Repurchase Rate) by a further 75bps to 7.00% at its MPC meeting today. The decision was not unanimous, with 2 members of the MPC preferring an increase of 50bps. The decision was in-line with market expectations, although a couple of analysts (strangely) had argued for a hike of 100bps. The MPC statement highlighted the upside risks to SA inflation, including upward pressure on salaries. The fact that two MPC members voted for a hike of 50bps suggests that SA interest rates are getting close to a peak, but also that the Reserve Bank is now more aware of the downside risks to growth (see discussion below) as well as their favourable inflation forecast at end 2023. Listening to the press conference after the rate decision, it seems fair to argue that the Repo rate is not yet at a peak, especially given the most recent increase in core inflation.

Critically, according to the MPC “higher than expected inflation has pushed major central banks to accelerate the normalisation of policy rates. This has tightened global financial conditions and raised the risk profiles of economies needing foreign capital” – which would include South Africa. Consequently, “capital flow and market volatility is elevated for emerging market assets and currencies”.

The Reserve Bank, once again, highlighted the upside risks to SA inflation, which is still focused on a wide range of factors including oil, food administered prices, the Rand exchange rate, and salaries. In particular, the Bank’s food price inflation forecast is revised higher to 6.2% in 2023, up from 5.5% previously. And their estimate of headline inflation for this year and next is slightly higher at 6.7% and 5.4%, respectively. For 2024 and 2025 headline inflation is expected to average 4.5%.

In contrast, the risks to SA economic growth are now to the downside. This means that the MPC has once-again changed their risk assessment regarding SA’s economic growth. Back in July 2022, the MPC highlighted that the “risks to SA growth are weighted to the downside”. However, in their 22 September MPC statement the risk to SA economic growth were viewed as being “neutral”, despite ongoing severe electricity outages, higher interest rates and downward revision to global growth. The Bank’s SA GDP growth estimate for 2022 was revised down slightly to 1.8% from 1.9% previously, while their 2023 estimate was reduced significantly to 1.1%, having been revised higher in September from 1.3% to 1.4%. For 2024 SA GDP growth is forecast at a still modest 1.4%, down from 1.7% previously. For 2025 SA GDP growth is estimated at only 1.5% despite government’s promises of increased fixed investment spending.

Overall, the latest interest rate decision needs to viewed within a global interest rate context. It can be argued that SA should not increase interest rates aggressively considering the current weak economic environment, high food and fuel prices (which are difficult for most households to avoid), high unemployment and service delivery constraints . However, the Bank has repeatedly highlighted their desire to ensure that SA inflation is anchored around the mid-point of the inflation target and that allowing SA inflation to remain above the inflation target unchallenged is unacceptable and would undermine the recent gains in getting inflation expectations lower. Without rates hikes, SA has a high risk of quickly developing a self-reinforcing upward spiral in inflation driven by wage demands and a weaker exchange rate.

At this stage it still seems reasonable to assume that the Reserve Bank is likely to continue to hike rates during the early part of 2023 – possibly by a further 50bps at the first MPC meeting in 2023 followed by a final hike of 25bps at the second MPC meeting. However, is also seems fair to assume that once inflationary pressures have abated more convincingly, the bank will want to pause and more clearly assess the need for any further rate hikes – especially if SA’s inflation rate is heading convincingly towards 4.5% at the end of 2023 and the major central banks are also looking to end their own rate hiking cycle.