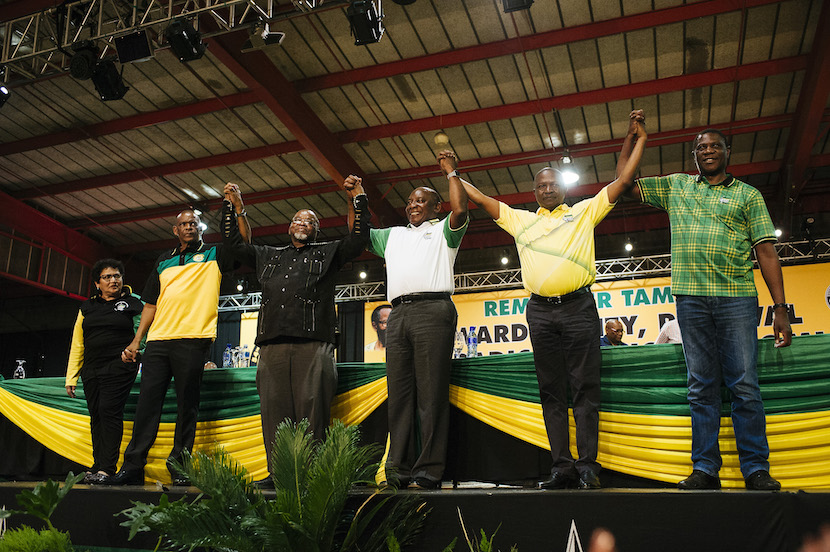 There are plenty examples of serious problems with the capabilities of the South African state. Eskom, South African Airways and the other flawed enterprises are prime examples of the lack of the state’s capacity to run things smoothly. While state capture is an important contributory factor, it does not excuse the fact that proper maintenance did not happen at Eskom’s power stations, which is one of the reasons behind loadshedding. This is the reason why many South Africans throw up their hands in the air when they hear that the government wants to create a national bank, a new power utility outside of Eskom or a national health service. ‘C’mon, many say; start running what you have properly before taking on more responsibility!’ There are so many issues at local government that one council, the Makana Municipality decided it is enough and turned to the courts to dissolve their inefficient council. Cadre deployment has been singled out as one of the reasons for the problems at central, provincial and local government institutions. It was only when the ANC government was really in trouble that they finally decided not to check whether Eskom’s Mister Fix-it was a card carrying member of the ANC alliance and resorted to finding the best man for the job. But how can this situation be remedied? Prof Mzukisi Qobo from the Wits School of Governance has come up with suggestions including tapping into resources in the private sector. – Linda van Tilburg

A major factor that undermines South Africa’s social and economic progress is the deficit in the capabilities of the state. This gap was identified long ago by the National Planning Commission, first in its diagnostic report in 2011, and again when it issued its final National Development Plan in 2012. The plan is the country’s blueprint for fixing its problems.

I define a capable state as a system of government that functions with relative autonomy from narrow ideological interests. Its parts work in a coordinated fashion to achieve clearly defined goals. It conducts its work efficiently and is effective in delivering services and critical economic infrastructure.

The core function of a state is to mobilise resources to meet its developmental challenges and manage long-term social and economic change. A capable state, with autonomy from political factions, is best placed to respond to changes and harness opportunities for development. Such states value innovation, human capital and merit. They emphasise economic performance, education, health care and infrastructure.

Currently, the South African state works in a fragmented manner and with no shared vision.

Adding to the challenge is that the ANC governs through a tripartite alliance with the South African Communist Party and the Congress of South African Trade Unions. These seek to influence government policy and decisions.

It is impossible to build state capabilities in a sustained manner without overcoming these many tensions. This requires a solid nerve centre – essentially the presidency. President Cyril Ramaphosa has massive political capital that he is under-using.

He needs to mobilise resources across the state towards achieving a defined set of strategic objectives and priorities. And he needs to stare down factional and ideological interests that circle the state and its agencies. He should then use his executive authority to translate his strategic objectives into measurable outcomes that make a noticeable difference in the economy and society.

The process currently under way to sign performance agreements with government ministers is a step in the right direction. But, without any system for cracking the whip, this may fall apart as it did under Ramaphosa’s predecessor Jacob Zuma.

The severity of capacity and resource constraints varies across different levels of government. Some of these relate to substandard political appointees. As is clear from the Auditor General’s reports over the years, at the local government level capacity deficiencies are largely due to the absence of technical skills and execution failures. And municipalities routinely disregard recommendations.

Skills shortages are found in key areas such as project management, procurement and contract management as well as financial management. The ability to execute mandates and deliver services to communities is weak too.

Political management also matters when it comes to building great institutions – the other half of the equation of a capable state. Weak political management is clear from the parlous situation of state-owned enterprises, such as the power utility Eskom and South African Airways.

It’s also evident in defects in the institutions responsible for maintaining rule of law. It contributes to the tortuously slow grind of the Zondo Commission into grand corruption, which has yet to result in any prosecutions. There are also ambiguities in policy decisions in key economic sectors such as information and communications technology, energy and mining.

The calibre of politicians who preside over the state determines the norms and standards by which the bureaucratic machinery of the state functions. As the founding father of modern Singapore, Lee Kuan Yew, pointed out:

To get good government, you must have good people in charge of government.

A country can have institutions and policies that look good. But if there are no capable and ethical politicians who protect them, they are doomed to be ineffectual and not reach their full potential. It is impossible to build a capable state outside an acceptable ethical framework, and the necessary range of human capabilities at a country’s disposal. At the moment South Africa suffers capability deficiencies and institutional stasis due to poor political management.

For President Ramaphosa, the important lever of statecraft for creating results in a democratic society is to act decisively in getting things done. This requires awareness of his power and authority, skills to read the political mood, and a strong urge to act decisively.

As the nerve centre of the state, he needs to signify acceptable norms and be hard on errant public officials. This should start with members of the executive who are underperforming. At the municipal and provincial levels, the centre needs to use fiscal tools to stop wastage and poor performance.

Effective leaders in government who lead through moments of crisis should immediately grasp the purposes and uses of power. They can achieve a great deal more through astute political management and centralised decision-making. They should focus on getting results rather than fixating on long processes of consultation as is the case in South Africa.

Finally, there are areas where government can achieve quick wins through well-structured partnerships to fix capacity deficiencies.

It can tap into the resources in the private sector. A number of mining companies, for example, could help build capabilities at the local government level. This could help address constraints in areas where their workers live. Such shared value may help improve the reputation of those companies.

We should, however, be careful of private sector firms and business leaders that are only interested in pursuing their narrow interests through proximity to political leadership. Partnerships with the private sector should be based on resolving clearly defined and specific challenges.

Building capabilities is key to retooling the state for higher performance. The starting point should be to fix political management at the centre.