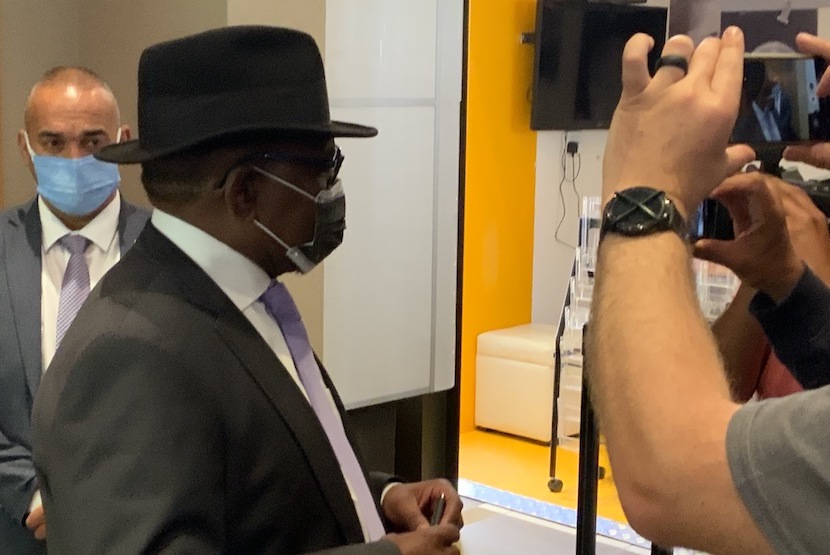 South Africa’s financial position has been in decline for a dozen years as spending raced ahead by an average of 8.8% a year, primarily due to expansion and overpaying of public servants.

Since the departure of economically ignorant president Jacob Zuma and the replacement of his lackey Malusi Gigaba by eminently better qualified Tito Mboweni various attempts have been made to address the spending cancer. Ranging from the innovative (attractive early retirement packages) through to the downright impossible (budgeting for a lower wage bill).

Nothing has worked. Not surprisingly, the savvy Mboweni, who was a reluctant appointee anyway, left to famously grow cannabis and cook his pilchard dishes on his Magoebaskloof farm. Successor Enoch Godongwana is ever hopeful. As you might expect of someone who has overcome a very public scandal (remember Canyon Springs?) and cerebral restrictions of a trade union background.

Godongwana, who carries the biblical name of the father of the long-lived Methuselah, realises that on public sector spending, the best he can hope for is restraint. Only three months in the job, he’s already behind the curve after the recent wage settlement overshot February’s budget projection by R20bn.

While the new finmin and his team at Treasury have their work cut out to effect the “restraint” so desperately required, they also appreciate the national economic salvation lies in the ability to unlock the potential of SA’s long-hobbled private sector.

The importance of this change in mindset should not be underestimated. We are, after all, talking here of a socialist ANC government. And one that only four years ago refused to consider the consequences of the industrial scale plunder of national resources which followed Zuma’s State Capture project.

So who are SA’s apocalyptic horsemen and how does Godongwana and Co intend unseating them?

It’s two years now since DPE and former Finance minister Pravin Gordhan laid out his plan to address the biggest challenge to SA’s economic prosperity. While much may be happening behind the scenes, what the public sees is a continuation of electricity blackouts (aka loadshedding). It’s been ages since we’ve had an update on Gordhan’s plan to split Eskom into three units – Generation; Transmission; Distribution. So where are we?

The MTBPS document says the risk of power cuts remains high, with the actions that have been taken only lowering the risk of loadshedding from late 2022.

It is now official policy for SA to “diversify energy generation” and that the state will be “taking additional steps towards a competitive energy market”.

Verdict: The lifting of licence-free power generation plants from 1MB to 100MB is a huge step forward. Splitting Eskom into more efficient units, and actually encouraging local authorities like the DA-run City of Cape Town to make deals on self-sustainability would add credence to the official statements.

Nice to see Eskom’s “Mini Me” is finally getting the attention it deserves from Pretoria. There’s no coincidence that the template for the plunder of Eskom by the Zuptas and McKinsey was first applied at the smaller but still substantial and almost as critically relevant Transnet.

The appointment of Ramaphosa allies Popo Molefe as chair and, more recently, Portia Derby as CEO, and the way they have applied themselves to attacking corruption and accepting market realities, shows us the nettle is being grasped.

In the MTBPS documents we now read that it is official government policy to open “third party access to the freight rail network by the end of 2022.” That’s a massive admission that centralised control has been a disaster. And while Transnet, like Eskom, might still be regarded in Pretoria as “too big to fail”, its monopoly has been deliberately ended.

Verdict: The attention of Ramaphosa’s cash strapped government was heightened by the R120bn windfall generated from higher commodity prices. Ditto the belated realisation that this could have been far higher – and the fiscal straitjacket looser – had Transnet been firing on all eight rather than just one cylinder. Nothing focuses the mind like money. The ANC hates giving up centralised control. But it hates being poor even more.

The public perception is that the delays are due to deliberate sabotage or simple incompetence. That’s not true. Telecoms minister Stella Ndabeni-Abrahams has been forced to walk through treacle with vested interests continually attacking her in the courts – both on the allocation of bandwidth and the digital migration. Nothing is simple in a democracy and the complications of operating under a Rule of Law.

The MTBPS confirms that the release of broadband spectrum starts with an auction process on March 1, 2022 – that’s just four and a half months into the future.

Verdict: SA’s president Cyril Ramaphosa made this a priority when he moved into his new office three years ago. Hopefully he will finally get this critical growth stimulant underway. As a former chairman of MTN, he has an intimate appreciation of the relevance of releasing broadband (while billions raised through the auction will also help the state’s depleted cash flows). Pundits are likely to be pleasantly surprised by the impact this will have on the unleashing of fresh economic growth through the potency of human ingenuity.

A hardy annual of pretty much every government on earth, but lip service is usually as far as it goes. Ears linked to the rational mind only prick when apparent action steps are specific, especially if they are accompanied by a deadline. The MTBPS documentation breaks with tradition in this respect by identifying some critical areas.

Verdict: Among the key learnings from the pandemic has been how critical the tourism sector is to SA – something Zuma and his acolytes seemed determined to ignore. Gigaba’s Unabridged Birth Certificate debacle reflects so much of this insanity. Similarly, the regime of forcing would-be foreign visitors to physically travel great distances to secure Visas is a massive disincentive. eVisas will unleash massive untapped tourism potential. The long-term impact of reversing the policy on skilled foreign labour is equally critical.