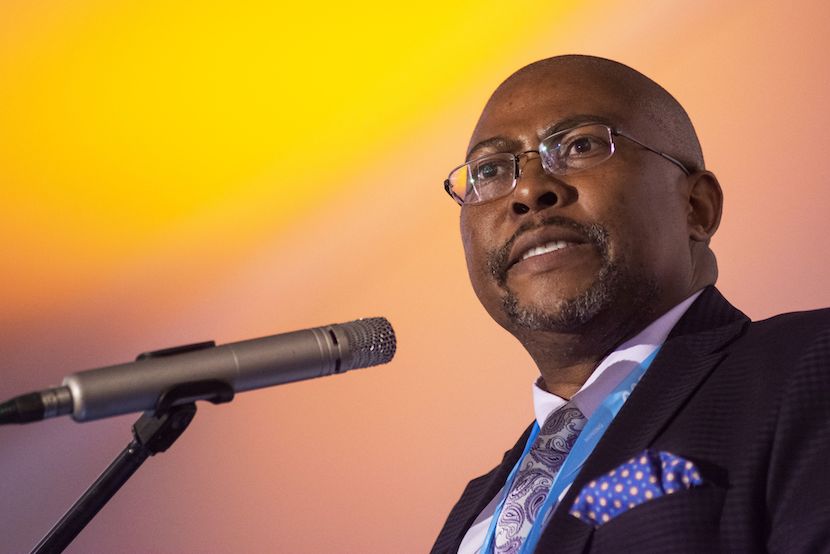 Testifying at the Zondo Commission has been Mafika Mkwanazi, a seasoned engineer who holds two degrees, one in Applied Mathematics and Science Electrical Engineering. The former board chairperson of Transnet, Mkwanazi boasts a stellar career, having served on the boards of private and public companies including Nedbank, Eskom and Stefanutti Stocks. His stint at Transnet, however, has cast aspersions on his reputation as he failed to provide clarity on why he authorised a payment of R17m to former Transnet CEO Siyabonga Gama. The dubious transaction happened in 2011 after Gama was reinstated. He had been fired the previous year when a disciplinary investigation found him guilty on three accounts of misconduct. Upon his return to Transnet, he was appointed interim group CEO and made permanent in April 2016. According to evidence heard at the Zondo Commission, Mkwanazi was pivotal in ensuring that Gama received back pay and 75% of legal costs in a court order he instituted against Transnet.  – Bernice Maune.

During the state capture enquiry, a visibly angry Zondo admonished Mkwanazi for the folly, adding the commission would likely consult with President Cyril Ramaphosa to recoup the R17m that Gama was essentially paid for nothing.

Gama left Transet in 2009 in a cloud. He was found guilty of awarding a security contract to former communications minister Simphiwe Nyanda’s company, GNS worth R19m a year. The two were golf buddies and seemingly concluded the deal casually and without following Transnet’s procurement processes. On the contract awarded to Nyanda, Gama said he had simply signed off on the deal without reading the fine print.

“You and your body in effect said, we want a CEO of a large division of Transnet who signs documents without reading them and thus places Transnet in a serious financial risk as the CEO we want him to be reinstated.

Do you agree that’s the effect of your decision and your board?”

Zondo also questioned the reasons behind Mkwanazi overturning a legal judgement that decreed Gama should pay Transnet R426 000 for the state enterprise’s legal fees. Gama had lost a case in which he tried to appeal his axing and was told to settle Transnet’s legal bills.

“Why did you interfere with a court order made by a judge in a separate litigation in which Gama had lost and say you don’t have to pay those costs? Transnet was not at risk in regards to those costs, that was finalised. Why did you do that? “asked Zondo.

In response, Mkwanazi said Gama had presented “documents and submissions” to prove he was not entitled to pay back the money. He also denied that he had given sole approval and signed off on the payment. However, a former Transnet executive told Zondo last week that it was Mkwanazi who insisted the payment be made.

Upon hearing that Mkwanazi did not understand the magnitude of his decision in approving back pay and benefits amounting to R13m and a further R4m for legal costs to Gama, Zondo said the commission could recommend the board must pay back that amount.

“Would you say there would be anything unfair if, in the end, the commission were to recommend to the president that steps should be taken to recover from members of the board who supported this settlement this money that, you and I agree, should not have been paid to Mr Gama?” Zondo asked.

Mkwanazi agreed that his board is liable for the R17m and should pay it back.

Gigaba and Zuma show their hand

The commission has also heard evidence from Mkwanazi about how former minister of public enterprises, Malusi Gigaba had a conversation with him about giving tenders to black suppliers. Gigaba allegedly said he was concerned that Transnet was not diverse in its procurement processes.

Later, Gigaba would task Mkwanazi with reviewing Gama’s dismissal on the grounds that it was too harsh. The ANC NEC member also said white executives had gotten away with far worse and Gama should be given a reprieve.

Transnet’s former manager of group legal services, advocate Siyabulela Mapoma told Zondo that Mkwanazi confided in him that he was instructed to bring Gama back on board. The order apparently came from the presidency and it is understood that former president Jacob Zuma was behind the it.

Gama was implicated by his former driver who testified at the Zondo commission in August. The driver, who is under witness protection and his identity concealed, told Zondo that his boss would visit the Gupta residency in Saxonwold to receive briefcases full of cash. The money is said to have been in exchange for contracts the powerful family wanted to receive from Transnet.